The lack of a German on FIFA's shortlist of the best men's players and the low key loan move of a key man in World Cup 2014 give cause for reflection. Did Germany's golden generation peak early? And who's behind them? 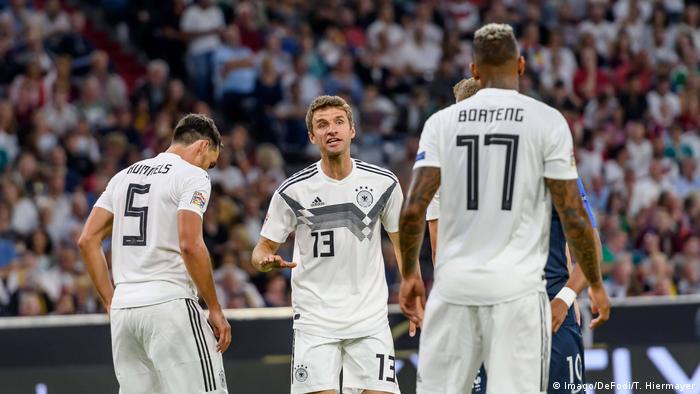 A 28-year-old who has won the World Cup, Premier League and German Cup and commanded transfer fees of close to €100 million ($90 million) might normally expect a summer scramble for his signature should his club let him go.

But Andre Schürrle, the man who came off the bench to lay on Mario Götze's World Cup winner in 2014, has proved difficult to shift for Borussia Dortmund, for whom he was a record signing in 2016. He finally joined Spartak Moscow on loan on Wednesday after spending an underwhelming 2018-19 getting relegated from the Premier League with Fulham.

Though he's had his moments, Schürrle has never truly been regarded among the elite. But the man who replaced him as Dortmund's record buy earlier this year, Mats Hummels, was one of a number of figures from the national team that won in Rio who would have been considered among the world's best players at the time.

Not in the conversation

Not any more. There were no Germans in the 10-man FIFA Best shortlist announced on the same day as Schürrle's latest move and there is no reasonable argument that any deserve to be anywhere near it.

The outstanding generation that were European under-21 champions in 2009 and conquered the world together have either retired or seem to be on the decline.

Of the 14 men who played five years ago,three have retired (Philipp Lahm, Miroslav Klose and Per Mertesacker) while Bastian Schweinsteiger is seeing out his footballing winter in the MLS. But all the other outfield players are 30 or below, except emergency left back Benedikt Höwedes. Should some of these not still be in the conversation for individual awards? Will Raphael Varane, Samuel Umtiti, Paul Pogba and Benjamin Pavard not still expect to be at the top in 2023?

While many of the 2014 crop are still at big clubs, their importance in most cases is waning. Mesut Özil and Jerome Boateng appear unwanted, Bayern Munich were happy to let Hummels go, Thomas Müller, while important emotionally, has scored less league goals in the past three seasons combined than he did in the one before that, Manuel Neuer looks more error and injury prone and Götze's position at Dortmund is unclear.

Toni Kroos seemed for a long time to have maintained his level but even the Real Madrid man was far from his best last season. Only he and Neuer remain in the Germany setup from the old core and neither are the automatic pick they once were. 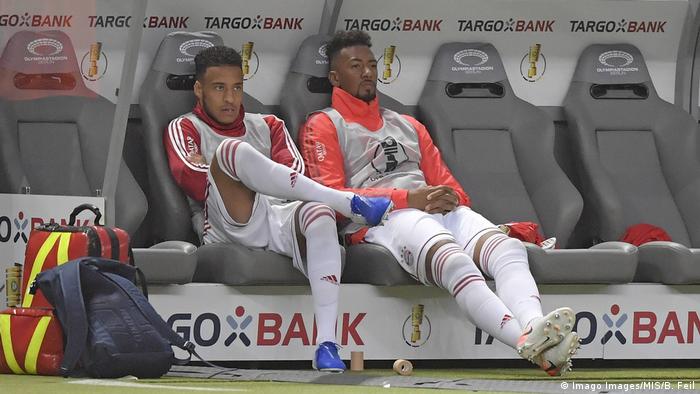 Jerome Boateng (right) was benched for the German Cup final

The reasons for the decline vary. Injuries have played their part with Götze and Boateng, Özil hasn't always enjoyed the trust of his coaches, Hummels has lost a yard of pace and Müller is a hard man to fit in to a tactical setup.

No individual case is an especially shocking decline, even when the falls of Schürrle and Höwedes, who will both be in Moscow next season, are considered. And perhaps the lack of any players in the top bracket would be a little less troubling for the country's fans if talent was coming through in the way it did a decade ago.

While Kai Havertz is rightly established as Germany's great hope for the future, he was one of only two German players, Hertha Berlin's Arne Maier is the other, on the 100-name European Golden Boy longlist released in June. The award previously won by Götze, Lionel Messi, Sergio Aguero and Kylian Mbappe is open to under-21s playing in a top European league. 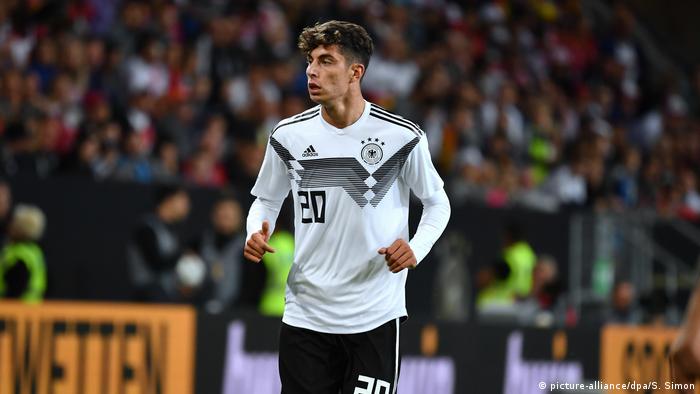 The catastrophic World Cup campaign of 2018 and subsequent relegation from the Nations League has seen the likes of Leroy Sane, Joshua Kimmich, Thilo Kehrer and Timo Werner take leading roles in the national team, with mixed results, while steps have also been taken to adapt a youth system once widely admired.

Though Germany's under-21s reached the final of this summer's Euros, it was with a relatively old side and few players that stand out at domestic level.

The class of 2014 proved that teams don't always need a star, that a group of top class players working together can prove much more effective. But, with the old guard looking jaded and their replacements still learning at the top level, a little patience —and a dash of nostalgia —may be required for a while.

Bundesliga: Mario Götze faces yet another crossroads with a move abroad a possibility

Five years after his World Cup winner, Mario Götze faces another battle to reestablish himself. New faces at Borussia Dortmund mean a scrap for selection and with his contract expiring, Götze admits he may look abroad. (22.07.2019)

Germany's youth system has long been considered one of the football world's best. Despite an under-21 loss on Tuesday, England appear to have caught up. But do the opportunities in the Bundesliga offer some compensation? (27.03.2019)