The 2006 World Cup affair: A chronology 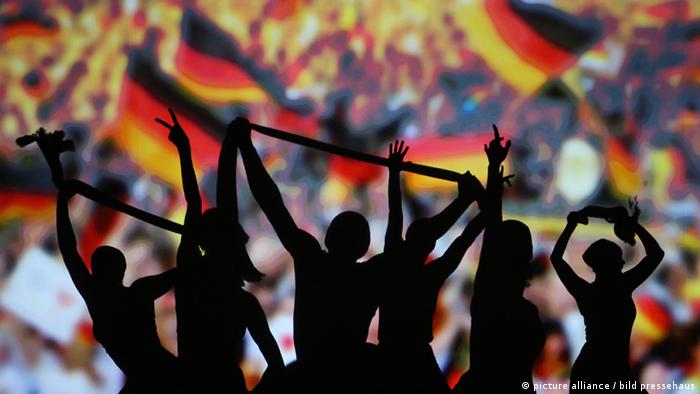 October 16, 2015: German news magazine Spiegel runs a story in which it reports that bribes may have been paid to secure Germany the right to host the 2006 World Cup. According to the report, the money was allegedly channeled via a secret account into which Robert Louis-Dreyfus, then the head of sportswear manufacturer Adidas, paid 10.3 million Swiss francs.  The German Football Association (DFB) vigorously denies the allegation but does acknowledge the existence of a nebulous payment of €6.7 million (equivalent to 10.3 million Swiss francs at the time) to FIFA.

October 18, 2015: Franz Beckenbauer, who was the president of the 2006 World Cup organizing committee, denies any wrongdoing: "I never had any money paid to anyone to buy votes for Germany to host of 2006 World Cup."

October 19, 2015: The Frankfurt am Main prosecutor's office begins an "observation process" to determine whether a formal investigation into the case should be launched.

October 22, 2015: DFB President Wolfgang Niersbach denies the bribe during a press conference at the German FA's Frankfurt headquarters. He says the €6.7 million payment went to FIFA as a security in return for the later receipt of €170 million in aid. FIFA says it is surprised by this statement and refutes Niersbach's account.

October 23, 2015: Former DFB President Theo Zwanziger accuses Niersbach of lying, saying: "It's clear that the current DFB president didn't only know about these things for a couple of weeks, as he's claimed, but rather at least since 2005."

October 26, 2015: Beckenbauer admits that the payment to FIFA was a mistake, for which he takes responsibility, but again denies accusations of bribery.

November 6, 2015: Spiegel publishes a letter allegedly from Niersbach to FIFA, dated 2004, that suggests the DFB president knew about the irregular procedures much earlier than he has admitted. 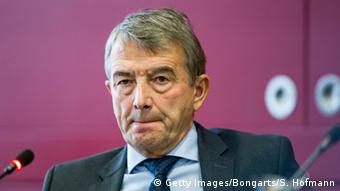 November 10, 2015: Koch and Rauball acknowledge that Beckenbauer signed a document in which Germany promised "various services" to the controversial former president of the CONCACAF football federation, Jack Warner, who has been suspended by FIFA.

November 13, 2015: German Chancellor Angela Merkel says she expects the DFB to clear up the affair fully.

November 20, 2015: Beckenbauer says he signed the document addressed to Warner without reading it.

January 22, 2016: The US Federal Bureau of Investigation joins the Swiss prosecutor's office probe into the affair.

February 5, 2016: The DFB says it is retaining the option of suing Beckenbauer, Zwanziger and Niersbach for damages.

February 26, 2016: Spiegel reports that documents and files have disappeared from the DFB archive.

March 4, 2016: Freshfields Bruckhaus Deringer, the law firm that the DFB hired to look into any possible wrongdoing, publishes its own report on the affair. It concludes that there is no absolute proof that votes were bought in connection with the awarding of the 2006 World Cup, but that there are indications to that effect. The report is particularly critical of Beckenbauer and Niersbach.

March 5, 2016: Speaking in an interview with the mass-circulation Sunday paper Bild am Sonntag, Beckenbauer again denies the bribery allegations, repeating his claim that the money in question was security for later financial support from FIFA.

April 15, 2016: Reinhard Grindel, a member of Merkel's center-right CDU party in German parliament and the DFB's treasurer, becomes the German FA's new president.He would resign from the post less than three years later for reasons unrelated to the 2006 World Cup.

July 25, 2016: FIFA's Ethics Commission suspends Niersbach for one year, but says the ban is for his having tried to clear up the affair internally and not for allegations of bribery.

September 1, 2016: The Swiss prosecutor's office launches an investigation into Beckenbauer, Zwanziger, Niersbach and Schmidt. The authorities conduct searches of eight premises in connection with the affair. 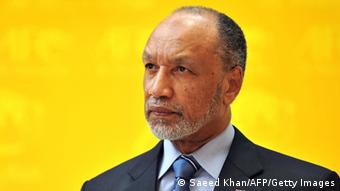 January 13, 2018: Mohamed bin Hammam, a former FIFA vice president who was banned for life from football in 2011 in connection with allegations of vote-buying, says he received a €6.7 million payment only after the decision to award Germany the hosting of the tournament.  Bin Hammam tells German public broadcaster ZDF that the sum was not connected with the decision to award the right to host the 2006 World Cup to Germany.

May 23, 2018: Niersbach, Zwanziger and Schmidt confirm that tax evasion charges have been brought against them. The charges are based on a payment of €6.7 million that the DFB made to FIFA in 2005, which it declared as a contribution for a cultural event at the 2006 World Cup in Germany, and therefore as a tax-deductible expense. The cultural event in question never actually took place.

October 15, 2018: A court in Frankfurt announces that it will not open proceedings against Niersbach, Zwanziger and Schmidt, ruling that there were insufficient grounds to proceed to a trial.

July 19, 2019: The Swiss prosecutor's office announces that it is splitting investigations into Beckenbauer from the broader case surrounding Germany's successful bid to host the 2006 World Cup. Although the prosecutor's statement does not comment on the reason, Beckenbauer is understood to be in such poor health that he is not fit for questioning.

August 6, 2019: The Office of the Attorney General of Switzerland (OAG) files an indictment against Niersbach, Zwanziger and Schimdt as well as former FIFA official Urs Linsi. In a statement, the OAG says that they are accused of having fraudulently misled members of a supervisory body of the DFB organizing committee for the 2006 World Cup in Germany in April 2005 about the true purpose of a payment of around €6.7 million. The statement also notes that the proceedings against Beckenbauer will be continued separately.

August 26, 2019: Frankfurt's Higher Regional Court allows the indictments of former DFB Presidents Wolfgang Niersbach and Theo Zwanziger on suspicion of tax evasion in the World Cup affair to proceed. The court thus revises a decision by Frankfurt Regional Court from October 2018, in which it rejected ruled against opening main proceedings. In addition to Zwanziger and Niersbach, the court also brings charges against former DFB officials Horst R. Schmidt and former FIFA General Secretary Urs Linsi. Zwanziger's lawyer, Hans-Jörg Metz, rejects the court's decision,wriiting that in his legal opinion,"the accusations against my client are unfounded."

February 25, 2020: The DFB announces that it will appear as a private plaintiff in the case to open in Switzerland on March 9.