President Doris Leuthard has inaugurated the Stoos funicular railway line, the steepest in the world. Leuthard, who was part of the group that took the maiden Stoosbahn voyage, described the ride as a "thrill." 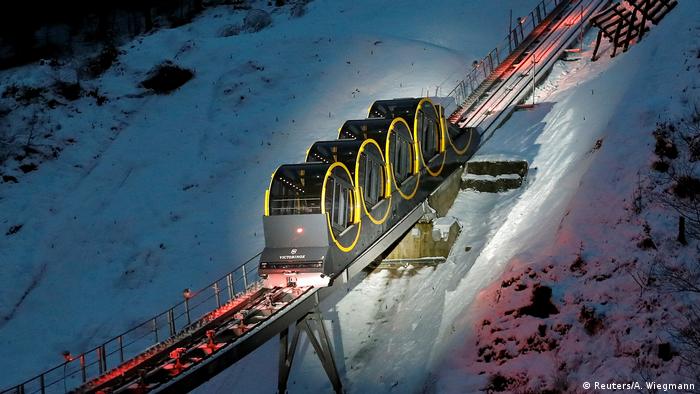 Over 100 passengers, who were invited to take the first Stoosbahn ride Friday evening, said the ride was "incredibly steep," "just amazing," and that they felt like they were "in an elevator."

President Doris Leuthard formally cut the ribbon Friday to open the world's steepest funicular railway line in the Alpine village of Stoos. The president, who has a fear of heights, then took the maiden voyage with other passengers.

"What we do in politics is trivial in comparison to this work," Leuthard said upon reaching the destination, adding the ride was "pure thrill, just great."

The line, heralded as the steepest in the world, climbs 743 meters (2,438 feet) over a span of 1,738 meters. At one point, the train needs to move at a nearly 48-degree angle to negotiate a 110-meter climb while traveling only 100 meters horizontally.

To do that, the funicular features high-tech carriages with hydraulically controlled floors so that passengers in the barrel-shaped cars are able to remain upright as the train travels up the Alpine slopes outside Lake Lucerne.

The Stoosbahn will go into public service on Sunday.

"After 14 years of planning and building, everyone is very proud of this train," said Ivan Steiner, spokesman for Switzerland's national railway. 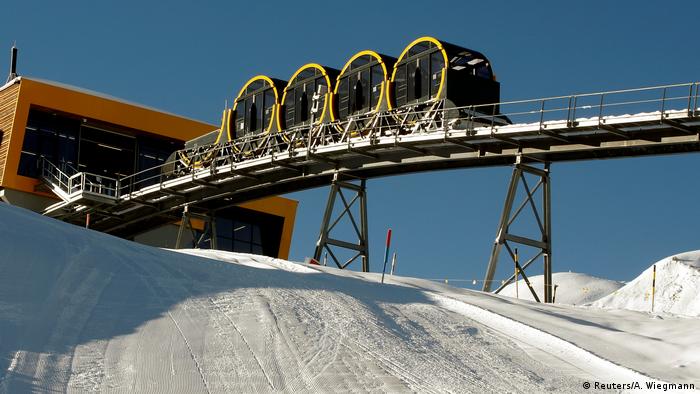 Taking the record from the neighbors

While the 52-million-Swiss franc ($52.6 million, €44.6 million) project grew into a media sensation, it was born out of necessity, engineers say.

"We did not set out to build a world record-breaking railway," says project manager Bruno Lifart, cited in a report by Swiss national broadcaster SRF. Alternative ideas proved impractical, and rebuilding the pre-existing line would have cut off the village of Stoos from the world for at least two years, he added.

Building the new railway line brought problems of its own, with the project's end date pushed back by two years, according to Neue Zürcher Zeitung. The biggest issue, reports the reputable Swiss daily, was constructing the three tunnels along the route.

Once opened, the Stoos railway line will take the title of world's steepest funicular from the nearby Luzerner Hausberg Pilatus, which was built in 1889. 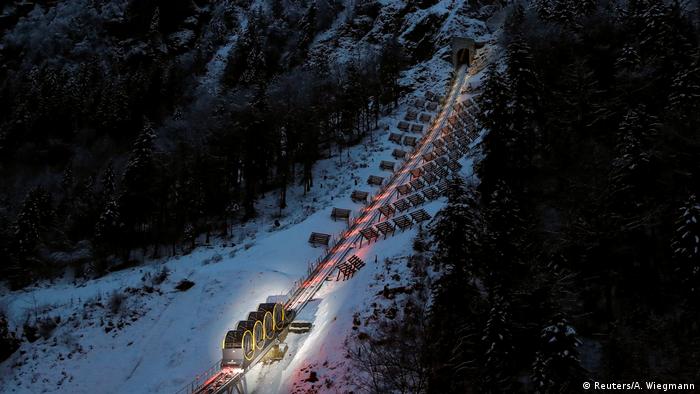