Swiss elections: What you need to know

With climate crisis concerns high in the minds of Swiss voters, upcoming federal elections could see a shift to the left in a parliament that has been dominated by right-wing populists. DW breaks down what's at stake. 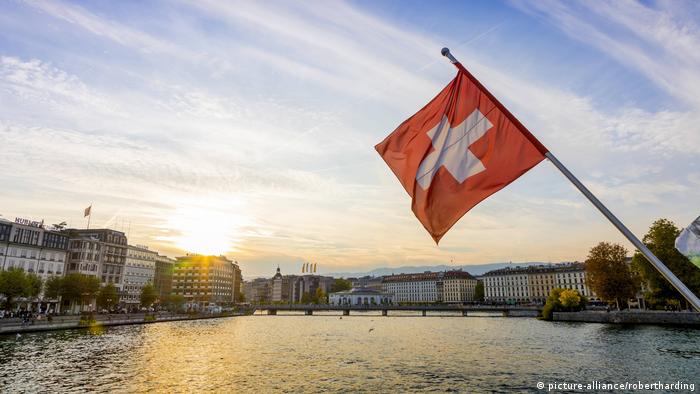 How do the federal elections work?

Over 5.2 million Swiss voters will be eligible to cast their ballots on October 20 to elect a new Federal Assembly, or parliament.

There are 200 seats in the lower house, the National Council, which are allocated based on the population of each of Switzerland's 26 cantons. There are another 46 seats in the upper house, the Council of States, where most of the cantons have two representatives.

Most legislation, changes to the law or international treaties in Switzerland need the approval of both chambers in order to be adopted. Parliament also appoints federal court judges and elects the Federal Council, which serves as Switzerland's national government and implements laws.

Read more: Citizens' Assemblies: Time for the people to take control of the climate crisis?

What's new this time around?

There's been a large jump in the number of candidates running this year and almost a third of the candidates are under 30 years old.

A record number of women are also running for parliament, with women comprising over 40% of candidates — compared to 34.5% during the last federal election in 2015. What are the top issues?

Environment: Concerns over climate change, curbing CO2 emissions, and the impact of global warming on the environment are some of the top issues for Swiss voters this year, according to recent opinion polls. In late September, Switzerland saw one of its largest protests in years when tens of thousands of people marched in the capital, Bern, to call for more action to combat climate change.

Relations with the European Union: Bern and Brussels are still at an impasse over an EU-Swiss treaty, leaving the future of their relationship stuck in limbo. The accord calls for Switzerland to adopt the rules of the EU's single market to ease trade and labor movement as well as make it easier to resolve disputes. Swiss critics argue that the accord infringes upon Switzerland's sovereignty. The deadline to endorse the treaty has already passed, although negotiations are set to continue into next year.

Women's rights: Switzerland's gender equality gap shot into the headlines this year when hundreds of thousands of Swiss women took part in a nationwide strike in June. Compared to its European neighbors, Switzerland still lags behind not only in wage equality but in representation in business and politics. The unprecedented mass protests forced Swiss political parties to rethink their strategies and move gender-equality issues higher up on the agenda, political scientist Cloe Jans told news outlet "swissinfo.ch."

Which parties are the ones to watch?

The Greens and the Green Liberals are set to score major gains during the election. A recent Tamedia opinion poll put the Greens at 10.2%, jumping up over three points compared to their 2015 results. The Green Liberals, are also on track to gain 7.2% of the vote, up 2.5 points.

The right-wing populist Swiss People's Party (SVP) is still poised to come out the strongest party but is bleeding the most support as its anti-immigration and nationalist messages appear to be having less effect on voters more concerned about environmental issues.

Why are the elections important?

Unlike the last parliamentary elections in 2015, where refugee policies dominated the debate and led to a boost for right-wing populists, this year's opinion polls indicate a shift to the left.

Should the Greens and Green Liberals see their support rise, the SVP could see its power reduced in the National Council — potentially breaking up the political deadlock between the two chambers. 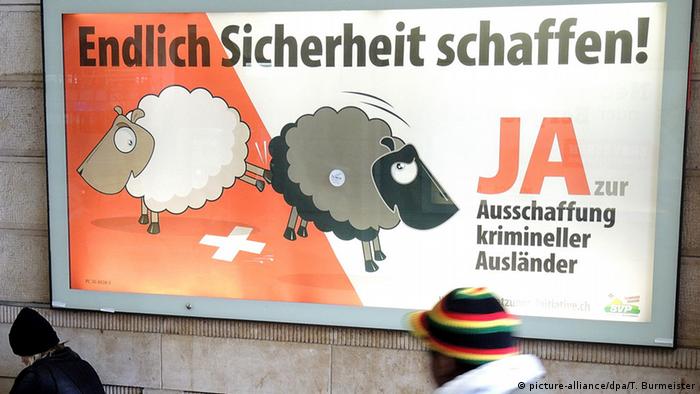 The SVP has repeatedly sparked outrage over its campaign posters, including this one for a 2016 referendum on deporting foreigners convicted of crimes

An analysis carried out by the Neue Züricher Zeitung newspaper found that the majority of National Council candidates running this year hold more progressive beliefs than those running four years ago. More candidates, also from the far right, support expanding rights for LGBT+ couples, particularly when it comes to adoption. Support has also grown for legalizing cannabis as well as extending parental leave to men.

The Swiss elections also serve as a barometer for populism in Europe. The SVP is one of the oldest and most successful right-wing populist parties in post-war Europe, but its popularity appears to be slipping.

Voters in the alpine nation rejected a plan that would have increased taxes to fund state pension coffers. The retirement age for women would have also gone up, as the nation struggles to deal with an aging populace. (24.09.2017)