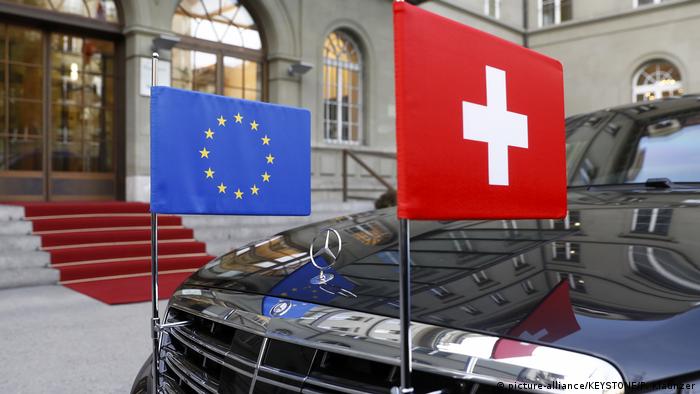 The refusal follows Swiss failure to endorse a treaty negotiated over more than four years which would have meant Switzerland routinely adopted changes to EU single market rules, and provide a ore effective means of settling disputes.

EU-based brokers and banks usually generate more than half of the turnover on Swiss stock markets, including holdings in heavyweights such as Nestle, Roche and Novartis.

Although not directly linked with the partnership treaty, preferential treatment termination was being used by the EU as a bargaining chip to get Bern to ratify the deal.

The partnership treaty, in the works since 2014 and officially known as the Institutional Framework Agreement, was supposed to "ensure a more uniform and efficient" governance on issues such as mutual market access and labor movement between the alpine nation and surrounding EU neighbors.

Although not a member of the EU, Switzerland already has some 20 bilateral agreements with the bloc and even makes a financial contribution to the EU. After the USA and China, it is the EU's third largest trading partner.

Under the treaty text, Switzerland would be aligned with EU single market rules, including freedom of movement precepts and scrutiny by the European Court of Justice (ECJ).

Switzerland has however withheld ratification, with a parliamentary election due next October and its citizens entitled to force a referendum on the issue.

Opposed to giving Brussels too much perceived sway have been the right-wing anti-EU Swiss People's Party (SWP) and the center-left Social Democrats (SP).

The Swiss left, including unions, fears a dilution of Swiss labor rules meant to protect the alpine nation from cut-rate temporary hiring abroad.

The media outlet Euractiv reported in May that "two out of three Swiss companies want Switzerland to sign" the draft treaty.

Last Wednesday, the European Commission indicated the deadline remained, with both sides refusing to blink.

Last Thursday, Swiss Foreign Minister Ignazio Cassis said the alpine nation needed extra time "because we have a different political structure and we cannot simply decide in government and that's it."

More consultations with Swiss unions and employers were still needed to forge a majority "satisfied" with the outcome, Cassis told the Swiss broadcaster SRF.

Analysts said more broadly, the EU wants to avoid walking back on its stance as it contemplates yet more negotiations with Britain over post-Brexit relations.

Bern has failed to meet a twice-delayed EU deadline to sign off on a trade pact after four years of talks as stock markets across Europe brace for a rocky first week of July. DW explains how they arrived at the impasse. (27.06.2019)

The European Union and Switzerland have inked an agreement on the automatic exchange of bank account data. It had been billed as a milestone in the authorities' fight against large-scale tax evasion. (27.05.2015)

Commodity markets are in the spotlight as Russia keeps selling its oil and gas through specialized dealers in Switzerland. The business brings in billions of dollars that could be used to fight the war in Ukraine.