Swedish Defense Minister Peter Hultqvist said Sweden will provide troops only if both Russia and the West agree. Western officials are considering deploying a force led by non-NATO nations in eastern Ukraine. 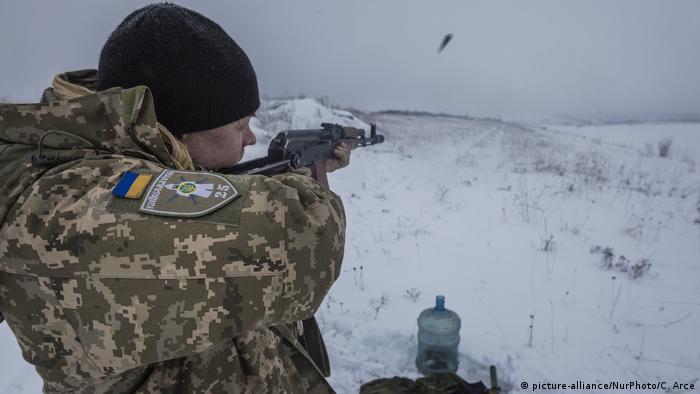 Non-NATO member Sweden would be open to providing troops to a UN peacekeeping mission in trouble-torn eastern Ukraine if both Russia and the West agreed, Swedish Defense Minister Peter Hultqvist told Ukrainian and US officials at the Munich Security Conference on Saturday.

Hultqvist was responding to a report commissioned by former NATO chief Anders Fogh Rasmussen — now an adviser to Ukraine's President Petro Poroshenko — which proposed that Sweden lead a UN peacekeeping mission in Ukraine.

"If we see the right conditions and if we see that this mission can help ... then we are open to that," Hultqvist said. "We are not there yet, but it is something positive."

The report proposed a UN force of some 20,000 soldiers from non-NATO countries and 4,000 police to help end the conflict in eastern Ukraine that has claimed more than 10,000 lives since 2014.

Russian President Vladimir Putin has suggested a limited UN peacekeeping mission to resolve the conflict. Germany has called for a UN peacekeeping mandate before Russia's election in March.

Over 700 unarmed civilian observers from the Organization for Security and Cooperation in Europe (OSCE) currently operate monitoring missions in the region.

Sweden's offer to lead the UN mission in Ukraine comes amid strained relations with Russia, which has increased military operations in the Baltic Sea off the coast of Sweden since its annexation of Ukraine's Crimean Peninsula in 2014.

Russia's maneuvers prompted Sweden to deploy a permanent unit of 350 soldiers on the strategically important Baltic Sea island of Gotland. Hultqvist said in December that a "worsened security situation" in the Baltic region was behind the decision.

The perceived threat from Russia has also revived the decades-old debate whether Sweden should join NATO.

Russia has repeatedly warned Sweden against joining the Western military alliance, describing such a move as a provocation.

Sweden to introduce military draft for men and women

The Swedish government has decided to reinstate military conscription over fresh security fears, triggered by Russian actions in Ukraine. The conscription would apply to both men and women in the Scandinavian country. (02.03.2017)