Refugees' chances of gaining asylum in Germany depend not only on threats they may face back home, but also on which German state they live in, a study shows. Its co-author has criticized this as an "asylum lottery." 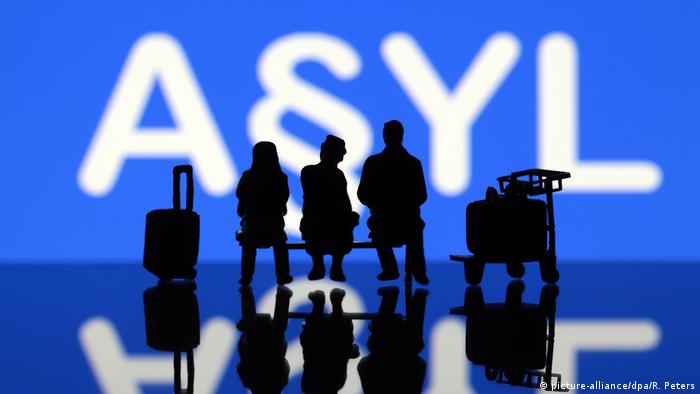 Asylum seekers in the German states of Saarland and Bremen are most likely to be granted asylum, according to a study published at the University of Konstanz on Monday. The two states' acceptance rates are 69 and 55.7 percent, respectively. Berlin and Saxony have the lowest acceptance rates: only roughly one in four is granted asylum here.

Such differences between the states led Gerald Schneider, a political scientist who co-authored the study, to criticize the application process in Germany as an "asylum lottery."

Refugees are assigned to states

Asylum seekers in Germany are not allowed to choose in which state they want to live and file an application. And although the responsibility for granting asylum officially lies with a federal agency - the Federal Office for Migration and Refugees (BAMF) - it is regional BAMF branches that are usually entrusted with such decisions.

The study published by Schneider and co-author Lisa Riedel finds that the degree of difference from state to state varies depending on an asylum applicant's country of origin. While acceptance rates for Syrians are fairly similar across all 16 German states, acceptance rates for Iraqis or Afghanis differ widely. 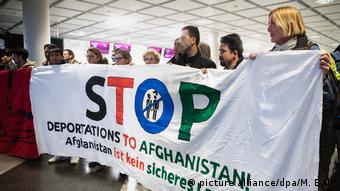 Deportation to Afghanistan is controversial

In Lower Saxony, a large state in northwestern Germany, 75.5 percent of all applicants from Iraq were granted asylum from 2010 to 2015. In  the eastern German state of Saxony-Anhalt, less than half as many Iraqis received asylum. In Germany's biggest state, North Rhine-Westphalia, 34.4 percent of all Afghani asylum seekers were granted the right to stay. In Brandenburg, that number was only 10 percent.

While Schneider and Riedel track only whether asylum seekers are granted the right to stay, deportation policies for rejected asylum seekers also vary from state to state.

The question of whether Afghanistan can be considered a "safe country of origin" has been particularly controversial as of late - some states have recently refused to carry out deportations to the civil-war torn nation.

Schneider and Riedel suggest that local factors - including people's attitudes towards migrants - have a significant influence on the decision-makers in the regional branches of BAMF.

They found that the more xenophobic attacks were registered in a state, the more likely the local BAMF office was to reject asylum applications.

"A federal agency should be impartial in its decisions and not be influenced by sensitivities in the states," Schneider said. He and co-author Riedel proposed that BAMF guidelines should be stricter to limit agency officials' leeway in decision-making and that BAMF employees' decisions should be monitored more closely to secure equal treatment for asylum seekers, regardless of which state they filed in.

How to apply for asylum in Germany

The German government wants to toughen how it deals with asylum seekers, but critics and experts say that deportation is often cruel and costly. This issue made for a heated debate in the Bundestag on Thursday. (23.03.2017)