Stiff EU Opposition to Death Penalty Ahead of Iraq Executions | Europe | News and current affairs from around the continent | DW | 05.01.2007

Stiff EU Opposition to Death Penalty Ahead of Iraq Executions

As the EU underlined its opposition to the death penalty in the wake of the botched killing of Saddam Hussein, a pan-European human rights watchdog has appealed to Iraq to stop all further executions. 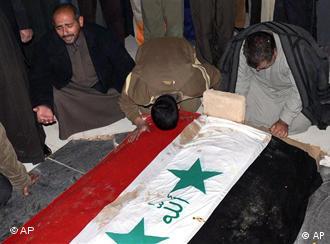 The German presidency of the European Union on Friday reiterated the 27-member bloc's opposition to the death penalty ahead of the planned hangings of two former aides of Saddam Hussein.

As the Iraqi government prepares to execute Barzan Ibrahim al-Tikriti and Awad Ahmed al-Bandar, "the presidency recalls the long-standing position of the EU with regard to the death penalty," it said in a statement.

"The EU opposes capital punishment under all circumstances." 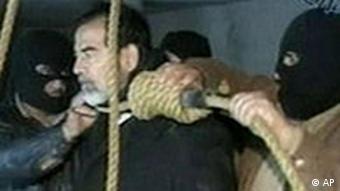 The Iraqi government on Thursday postponed the execution of Tikriti, Saddam's half brother and former intelligence chief, and Bandar, the head of a revolutionary court, amid international criticism over the handling of Saddam's hanging last Saturday.

It did not set a precise date but the hangings are now expected to take place shortly after the end of state holidays for the Eid al-Adha festival on Saturday.

The EU said Tikriti and Bandar were part of a regime that had "brutally oppressed its own population for decades" and whose members must be brought to justice.

It added however that for the sake of reconciliation and peace in Iraq "the prosecution of those crimes must adhere to the requirements of a fair process."

The Council of Europe, a pan-European human rights watchdog body, appealed Friday to Iraq to immediately stop all executions, describing the death penalty as a human rights violation.

"We express our solidarity with the Iraqi people and reiterate
our unequivocal condemnation of the crimes committed by the regime of Saddam Hussein," said a statement by the 46-member
Strasbourg-based forum linking nations in east and west Europe.

"But we also call for an immediate end of executions and the
abolition of the death penalty in Iraq," it urged. "The message to our friends in Iraq is based on our own experience in Europe; namely that the death penalty violates human rights, and that without human rights there can be no justice, peace and reconciliation."

Saddam's hanging last week sparked outrage among Sunni Muslims for taking place on the first day of an important Muslim holidays, and for a video released afterward that showed he was taunted and mocked as he stood on the gallows.

US President George W. Bush has said the execution should have occurred "in a more dignified way" and called on Iraq to fully investigate what happened during the hanging.

Meanwhile, the head of Italy's libertarian Radical Party was hospitalized Thursday on the ninth day of a hunger strike to urge a worldwide moratorium on capital punishment. 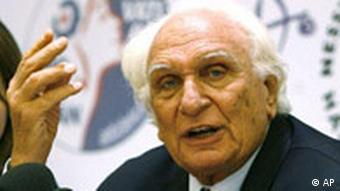 Marco Pannella, 76, agreed to the move as doctors said that although he began accepting water on Wednesday, his kidney function was deteriorating dangerously, a party spokesman told AFP.

The hunger strike follows an announcement Tuesday by Prime Minister Romano Prodi to use Italy's position as a non-permanent member of the UN Security Council for the next two years, to push for a global moratorium on the death penalty.

The initiative was decided after the execution of Saddam Hussein.

"On the UN Security Council Italy will act to ensure that the scrapping of the death penalty spreads and is applied in all countries the world over," Prodi told Radio 1. "It is a difficult undertaking, but with time we will manage it. The government is not content with condemning the death penalty, it will act."

The Italian political class was unanimous in its revulsion over Saddam's execution, with former Prime Minister Silvio Berlusconi calling it a "political and historic error."

Rome's initiative will involve 85 UN member states that signed a non-binding declaration in December against the death penalty, the prime minister said.

As European nations criticized the execution of Saddam Hussein out of opposition to the death penalty, Sunday newspapers across the continent were pessimistic as to whether the hanging would solve any of Iraq's problems. (31.12.2006)