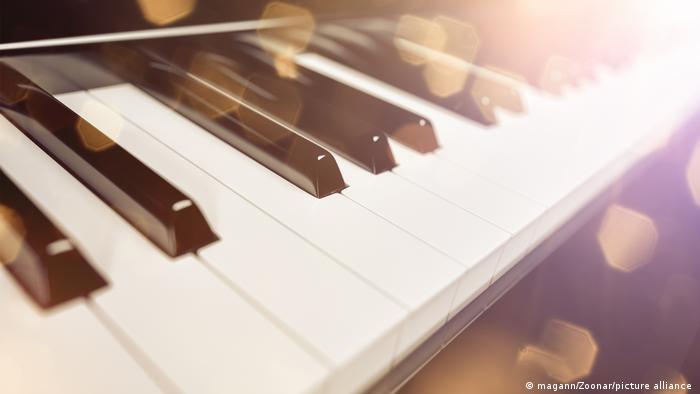 "Ebony & Ivory" was released in 1982 and topped charts

Side by side on my piano keyboard, oh Lord, why don't we?"

These lyrics were featured in 1982 by two of the most famous musicians of their time, former Beatles musician Paul McCartney and soul singer Stevie Wonder, with "ivory" and "ebony" referring to the color of their skin.

McCartney wrote the lyrics to "Ebony & Ivory" after being inspired by a statement uttered by Irish comedian Spike Milligan on TV: "Black notes, white notes, and you need to play the two to make harmony folks," he said.

McCartney had also been to the United States while touring with the Beatles in the mid-1960s and witnessed the peak of the civil rights movement led by Martin Luther King Jr. 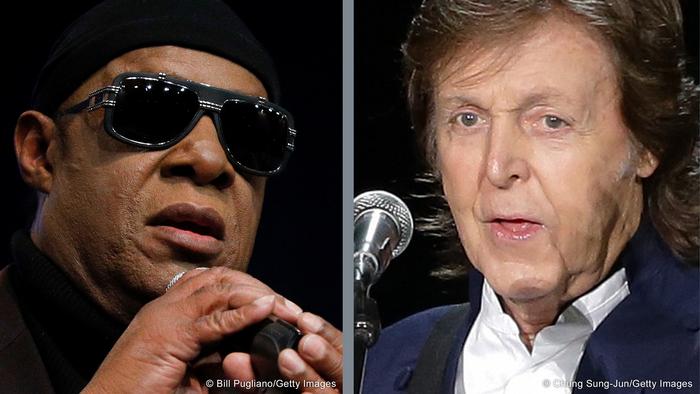 Wonder and McCartney released their hit song in 1982

McCartney took his idea into the studio in 1981 and immediately found that singing this song alone simply wouldn't do. So he asked Stevie Wonder to collaborate.

The song and the accompanying music video consist of metaphors for peaceful and harmonious coexistence between peoples of different races.

The black-and-white motif is seen throughout the music video — from McCartney and Wonder's clothing to the video set, always complementing piano keys.

Instead of sticking to one instrument or another, both protagonists play all instruments — another metaphor for a harmonious collaboration.

The video came at the beginning of the MTV era and was one of the first music videos to feature Black and white artists performing together.

"There is good and bad in ev'ryone / We learn to live, when we learn to give /
Each other what we need to survive, together alive"

The lyrics are fairly simple and feature a lot of repetition to keep the message of interracial harmony at the forefront.

Critics found it 'too cheesy'

While few can doubt the purity of the intention behind the song, it was nevertheless received with mixed feelings by audiences.

On the one hand, it was a huge hit shortly after its release on March 29, 1982, coming in at Number 1 in the charts in the US, England and Germany.

For both musicians, it was a sensational success that helped boost their careers.

Yet music critics berated it for being a soppy ditty lacking substance. An article from 2020 in music news outlet "Stereogum" that was part of a series of reviews of chart-topping hits of the past, wrote that McCartney tried to heal racial tensions in the "most trite, simplistic manner imaginable." It added that "Ebony & Ivory" does not acknowledge that racial divisions are "the result of historical crimes and atrocities."

On the television show "Saturday Night Live," the song was bitterly parodied by Eddie Murphy and comedian Joe Piscopo, who plays Frank Sinatra attempting to re-write the tune. 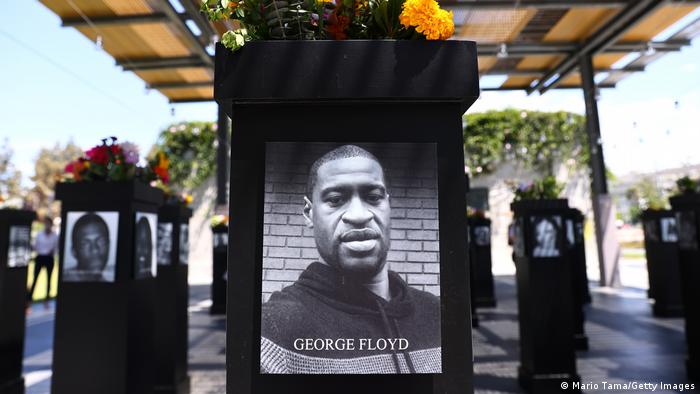 Yet for years in South Africa, during apartheid, the song was not allowed to be played.

Nelson Mandela was still in prison when it was released, and Stevie Wonder was already renowned as a supporter of the civil rights activist. The song "Happy Birthday" (1980) was written for him; in 1984, he also dedicated his Oscar for best original song for his hit "I Just Called to Say I Love You" to Mandela.

It is only when Mandela was released in 1990 and apartheid came to an end that South Africa heard "Ebony & Ivory."

Although the song is one of the most successful hits of both artists' careers, it has not exactly thrived over the last 40 years — the complexity and systemic nature of racial inequality has long since caught up with the sugarcoated dream of its lyrics.

Even today, racism — whether subtle or wide out in the open — is still omnipresent. The #BlackLivesMatter movement began just two years ago.

From time to time, "Ebony & Ivory" appears in various music roundups in magazines and blogs.

In 2007, for example, listeners of the BBC Radio 6 Music station voted it the "worst duet" of all time. In 2009, "Blender" magazine ranked the song as the 10th worst song ever.