The German foreign minister has said recent NATO maneuvers could further inflame the security situation in eastern Europe. He has called for dialogue with Russia ahead of an upcoming NATO summit in Warsaw in early July. 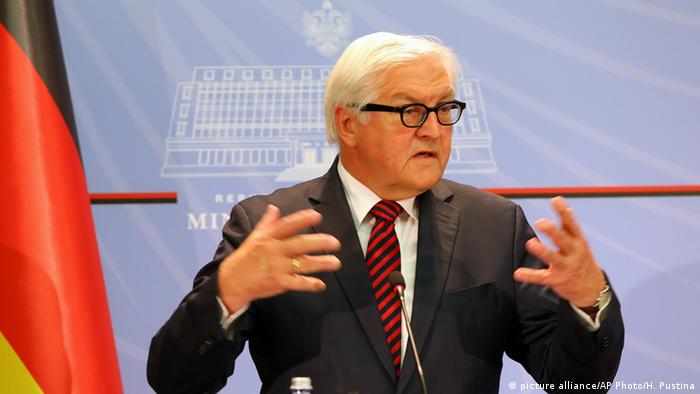 The Return of Old Enemies - How Dangerous is the New East-West Conflict?

Militarization and mutual suspicion are hallmarks of the Cold War. But as tension between Russia and the West grows, so does the fear of a return to old enmities. How dangerous could the resulting showdown be? (13.06.2016)

The Western military alliance has kicked off large-scale, two-week long exercises in Poland. 'Anakonda-16' comes in spite of Russian warnings against military expansionism in Eastern Europe. (07.06.2016)

On June 7, NATO launched exercises codenamed "Anakonda-16," which simulated a Russian attack on Poland. The two-week-long drills involve some 31,000 troops, including 14,000 from the United States, 12,000 from Poland and 1,000 from the UK, as well as dozens of fighter jets and ships, along with 3,000 vehicles.

Speaking to Germany's "Bild am Sonntag" newspaper, Steinmeier (SPD) said more dialogue and cooperation with Russia are needed, not what he deemed military posturing.

"What we shouldn't do now is inflame the situation further through saber-rattling and war cries," Steinmeier said in comments made available ahead of publication on Sunday. "Whoever believes that a symbolic tank parade on the alliance's eastern border will bring security, is mistaken.

"We are well-advised to not create pretexts to renew an old confrontation," he added.

Steinmeier instead called for dialogue and diplomacy, saying it would be "fatal to now narrow the focus to the military, and seek a remedy solely through a policy of deterrence."

He told the newspaper that a willingness to negotiate must also be present alongside military precautions, and that the alliance should be prepared to "renew discussions about the benefits of disarmament and arms control for security in Europe."

NATO is set to hold a summit on July 8 in Warsaw, where the member nations are expected to discuss perceived threats from Russia, boosted by conflict in neighboring Ukraine.

Moscow has repeatedly criticized NATO's recent actions, calling them needless provocations. The alliance has said it will hold formal talks with Russia ahead of the July summit.