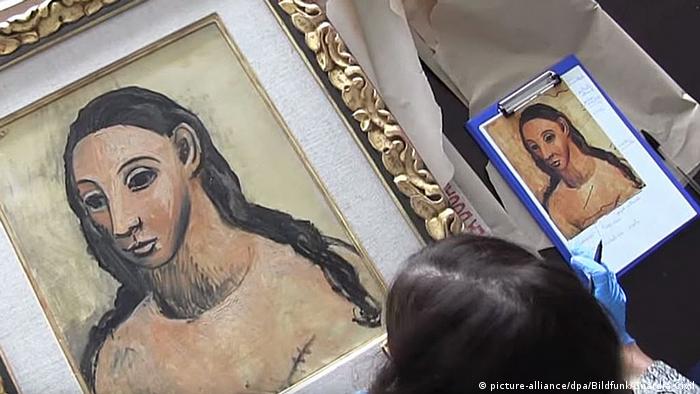 A billionaire art collector was handed an 18-month jail sentence and fined €52 million ($58 million) on Thursday for attempting to smuggle a Pablo Picasso painting abroad without official permission.

A Spanish court found 83-year-old Jaime Botin, the ex-chairman of Spanish bank Bankinter, had tried to take the painting, "Head of a Young Woman," out of the country illegally.

Botin is unlikely to serve his prison sentence due to his age and because he is a first-time offender.

The painting, designated by Spain as "unexportable" on the grounds of "cultural interest," was produced in 1906 and is valued at €26 million — putting the fine at twice the painting's estimated value.

His lawyers argued that the painting should not have been subjected to an export ban because it was purchased abroad and was housed on a British-flagged vessel. In Thursday's ruling, Madrid's High Court said Botin had been informed by the British auction house Christie's that he would need official permission to sell the painting in a London auction.

The court also said that Botin took the painting to the Mediterranean port city of Valencia and ordered the captain of the yacht to "hide it from authorities."

Botin denied the charges, saying that he had been taking the painting to Switzerland for safekeeping.

The contested work is currently on display at the Reina Sofia modern art museum in Madrid. The painting depicts a woman with long black hair against an earth-toned color scheme.