German businessman Paul Leffmann sold Picasso's "The Actor" in 1938 to escape Nazi Germany with his wife. His great-grand-niece has lost a lawsuit aimed at returning the piece to the family estate. 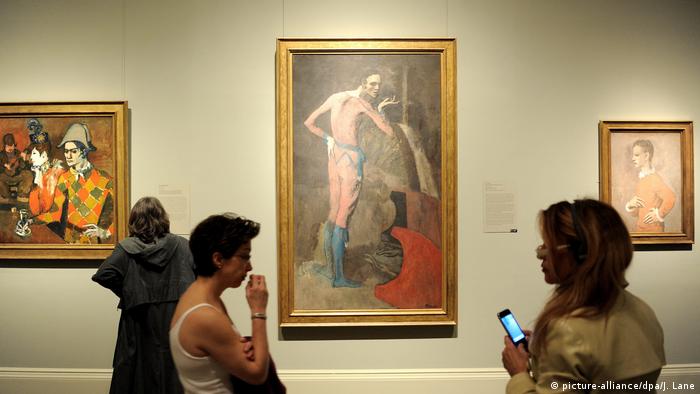 A federal judge ruled on Wednesday that the New York Metropolitan Museum could not be forced to return a Picasso painting to the descendant of a Jewish businessman who sold it underpriced to flee Nazi Germany.

Judge Loretta Preska said Laurel Zuckerman could not prove her great-grand-uncle, Paul Leffman, had sold the painting under "duress" despite the unfortunate circumstances.

The facts of the case

Judge Preska said in her 50-page ruling that Leffman did not sell the painting under duress because the sale "occurred between private individuals, not at the command of the fascist or Nazi governments."

Zuckerman's lawyer, Lawrence Kaye, said: "Our client is very disappointed with the decision and intends to appeal."

The Met said the decision was "well-reasoned" and proved it was the "rightful owner" of "The Actor."

Damaged good: The painting was repaired after an art student fell into it and caused a six-inch (15 centimeter) tear in January 2010.

Returning Jewish art: Nazi Germany seized art works from Jews throughout occupied Europe during the Second World War. Descendants of many of the victims have filed lawsuits in recent years to force their return. In November 2017, a French court ordered a Camille Pissarro painting seized from a Jewish art collector by France's wartime government, which was allied with Nazi Germany, to be returned to the collector's family.