A prominent Oskar Kokoschka painting stolen by the Nazis is now to be returned to its rightful owners. While provenance research has improved, a set of complex legal issues make such cases difficult to resolve. 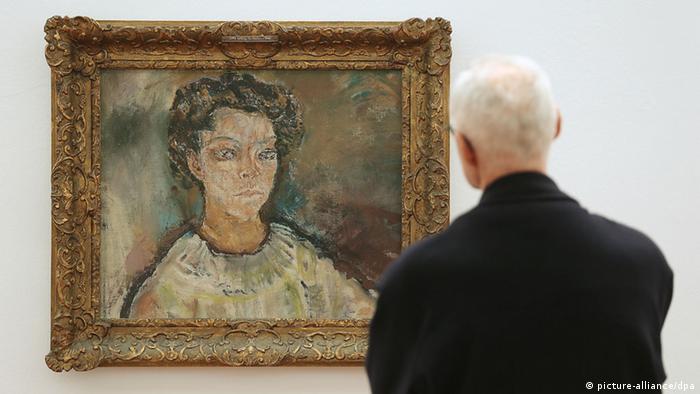 The painting depicting actress Tilla Durieux in washed-out orange and brown tones looks harmless enough. As if from behind a veil, the once famous thespian peers blankly at the viewer.

Austrian artist Oskar Kokoschka created the work in 1910. Today, it is valued at several million euros. Since the 1970s, the painting has been part of the permanent exhibition at Cologne's Museum Ludwig.

On Monday June 17, 2013, the city authorities in Cologne announced that the painting would be returned to the family of Jewish art dealer Alfred Flechtheim, the former owner of the work. The return of the painting follows advice issued by a specialist arbitration committee and marks the end of four years of legal wrangling.

The Kokoschka painting is one of several prominent cases of art confiscated by the Nazis from Jewish owners between 1933 and 1945 which have recently resurfaced. The current discussion, nearly 70 years after the end of World War II, revolves around the restitution of the works to their rightful owners. 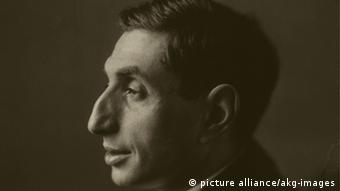 The problem is, however, that even after many legal disputes over the years, a set of standard guidelines have yet to be laid down.

The list of artworks with questionable provenance is long. The newly reopened Lenbachhaus museum in Munich has been wrestling for years with the fate of Paul Klee's "Sumpflegende" ("Swamp Legend").

Last year, the Bavarian State Picture Collection in Munich returned a work by Jan Brueghel to its rightful owner. And recently, the Staatsgalerie in Stuttgart sent Flemish master Robert Campin's "Maria with Child" back to Canada. In Berlin and Dusseldorf, additional art provenance disputes are currently being settled.

Piecing together the past

In order to deal with such complicated individual cases, provenance researchers - typically art historians by trade - have to trace the ownership history of each work. 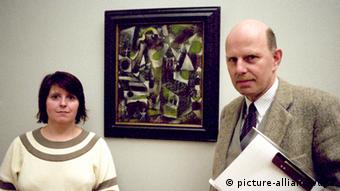 The dispute over Paul Klee's "Sumpflegende," pictured here in 1992, has been going on for years

Anja Heuss, a provenance researcher who works for the Staatsgalerie in Stuttgart and the Landesmuseum Württenberg, explained that she focuses on two areas:

"I deal with the claims that come in. That includes not only paintings, but all kinds of artworks and even handicrafts," she said. "I also, on my own initiative, go through the inventory and research and look for evidence of problematic provenance. I look for heirs and contact them."

It's not only public museums and communities of heirs which are affected by these kinds of art disputes. A Munich auction house recently caused a stir when it announced it would publish protocols of auctions that took place during the National Socialist period. Many auction houses that were active then are still around today and the protocols could damage their reputations.

Heuss says that researching the history of galleries is particularly challenging. "In the cases where art dealers are involved, it's important to investigate very carefully," she said.

The issue that comes up is whether the artwork in question actually belonged to the art dealer, or whether it simply hung in his gallery to be sold. According to Heuss, that is very difficult to determine.

A failed painter himself, Adolf Hitler started "collecting" art shortly after he rose to power in 1933. The owners of artworks which appealed to the Führer were simply forced to give away their valuable possessions.

Jewish collectors and gallery owners were particularly affected, while valuable works were also taken from private individuals and Jewish institutions. 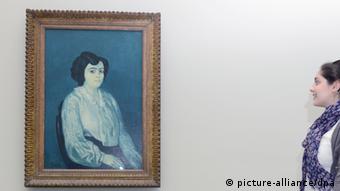 Picasso's "Madame Soler," also in dispute, has an estimated market value of $50 million

Hitler dreamed of opening a monumental art museum in his hometown of Linz in Austria. Other Nazi leaders like Hermann Göring also amassed large art collections via unethical means.

In Germany and Austria and later in the Netherlands, Belgium and France - wherever the Nazis had claimed power - museums and private owners were robbed of their possessions. Laws were adjusted to legitimize many of these thefts.

The looted works were meticulously recorded in lists, except in eastern Europe. That made it much more difficult after the war to locate the owners there.

In the last weeks of the war, special Allied units were tasked with tracking the artworks that had been stolen and hidden by the Nazis.

"Many pieces were returned directly following the war," Olényi von Husen said. "In 1945, people were very aware that purchases had been made that weren't lawful."

Too late to act?

In many cases, however, it was not possible to determine the rightful owner. In the 1950s and 1960s, Germany enacted a number of laws to support restitution - but they weren't always enforced.

"The worst thing about the restitution history after 1945 in West Germany was that in the 50s people thought that it was over, that it had been dealt with, and that too much time had passed," said Anja Heuss. "And indeed, legally speaking, the thefts had fallen under the statute of limitations."

In communist East Germany, no one was concerned with the restitution of art that had been stolen by the Nazis. It wasn't until reunification in 1990 and the end of the Cold War that attitudes began to change.

Finally, in 1998, 44 countries got together and signed the so-called Washington Conference Principles, which called for an investigation into cases of plundered art and a fair resolution. Legally speaking, the treaty had no teeth, but it nevertheless had a moral impact.

"A lot has happened in people's heads since the Washington Conference Principles," Heuss said. At that time, the popular opinion was that a statute of limitations should not apply to Nazi art theft and that restitution was the ideal solution, even though according to law it was too late to claim ownership of the works.

"In Germany we consider it a voluntary negotiated agreement," he added. 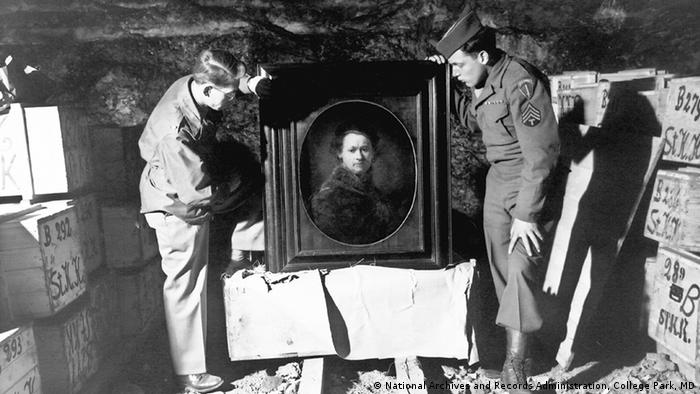 In 1945, Allied soldiers discovered Rembrandt's self-portrait in a mine near Heilbronn

The will to find closure

Since then, several institutions have been founded in Germany to deal with researching and, in some cases, returning plundered art.

"The result of the Washington Conference Principles was that the German museums received a helping hand," said Olényi von Husen.

Provenance research has been better equipped, mediation committees have been founded, and openness toward restitution has increased. Nonetheless, each dispute sparks a new conflict between the parties involved.

The fact that many of the original owners of the stolen works have since passed away and their heirs live abroad in many cases only complicates the process.

To be a good provenance researcher, you need to be not only an art history expert, but also a historian and a lawyer with international experience, say Anja Heuss and Britta Olényi von Husen.

Even seven decades on, the Kokoschka case in Cologne and the Klee case in Munich will certainly not be the last instances of disputed art in Germany.