A painting by the world-renowned artist trumped expectations at a London sale. The work has a strong autobiographical appeal, as it is believed to depict not only one of Picasso's muses, but a future lover as well. 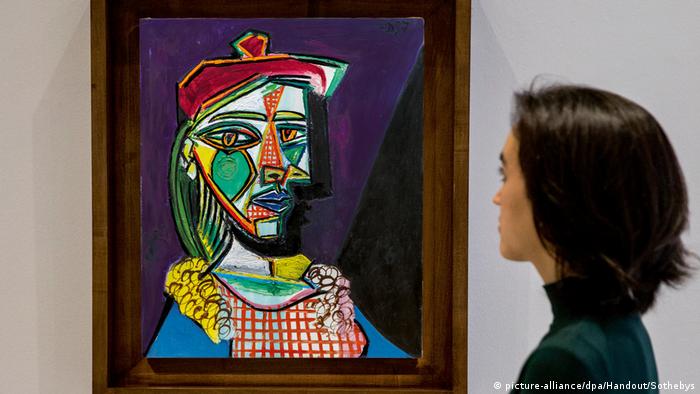 The painting titled "Femme au Beret et a la Robe Quadrillee (Marie-Therese Walter)" far surpassed the sum of $50 million that it was expected to draw. The artwork, created by Spanish painter Pablo Picasso in 1937, sold for nearly £50 million (€57 million euros, $69 million) — the highest auction price for a painting sold in Europe in pounds — at a sale of impressionist, surrealist and modern art held at London auction house Sotheby's on Wednesday.

Sotheby's did not disclose the identity of the seller and its new owner.

"It's an incredibly important museum quality picture," James Mackie, director of the impressionist and modern art department at Sotheby's, told AFP news agency.  It was the first time the painting went to auction.

Read more: How Picasso obsessively portrayed the people he loved 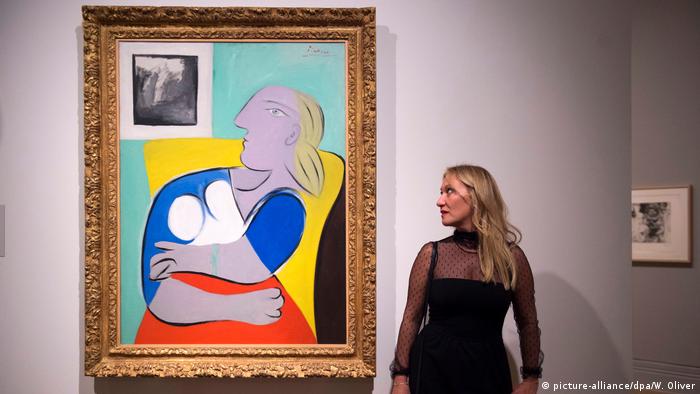 Another painting of Marie-Therese Walter, along with her and Picasso's granddaughter Diana Widmeier

The painting depicts Picasso's lover and muse, Marie-Therese Walter, but many have interpreted a second figure emerging in the shadows as Dora Maar, another of Picasso's lovers.

"The market for masterpieces is at an unprecedented level, and this picture certainly sits very much in that masterpiece category," Mackie told AFP.

Three other Picasso works were auctioned off, with "Le Matador" selling at 18.6 million euros.

German businessman Paul Leffmann sold Picasso's "The Actor" in 1938 to escape Nazi Germany with his wife. His great-grand-niece has lost a lawsuit aimed at returning the piece to the family estate. (08.02.2018)

A portrait of a Nigerian princess that went missing for four decades has sold at auction in London for $1.7 million. The painting, Tutu, by the late artist Ben Enwonwu, recently turned up in someone's flat. (01.03.2018)

Picasso, the painter who obsessively portrayed the people he loved

The exhibition "Picasso Portraits" at London's National Portrait Gallery shows how much Pablo Picasso enjoyed portraying his friends and family members - but even more so his numerous lovers. (11.10.2016)