Spain to help Greta Thunberg get to COP25 in Madrid

Spain's government has offered to get Greta Thunberg to next month's UN climate summit. The Swedish activist appealed for help crossing the Atlantic after a last-minute change in the summit venue from Santiago to Madrid. 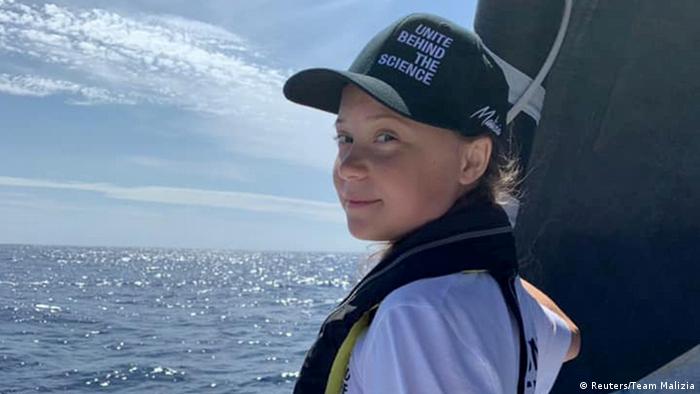 "Dear Greta, it would be great to have you here in Madrid," the minister, Teresa Ribera, said on Twitter. "You've made a long journey and help all of us to raise concern, open minds and enhance action. We would love to help you to cross the Atlantic back."

Spain offered to host the UN climate change conference, known formally as COP25, after Chile withdrew. The last-minute change left Thunberg stranded on the wrong side of the Atlantic.

The 16-year-old activist, who shuns fossil fuel-powered modes of transport such as commercial flights, put out an appeal on Twitter, saying she would like to attend the conference but had "traveled half around the world, the wrong way."

"If anyone could help me find transport I would be so grateful."

Thunberg sailed from Europe to New York earlier this year to attend the UN Climate Action Summit in September. She is currently in Los Angeles and had planned to travel carbon-free to the COP25 in the Chilean capital, Santiago.

But this week the venue of the December 2-13 event was switched to Madrid — more than 10,000 kilometers (6,000 miles) away — after violent protests forced Chilean President Sebastian Pinera to retract the offer to host it.

The annual conference aims to coordinate efforts to implement the goals of the 2015 Paris Climate Agreement. Some 25,000 people are expected to attend.

Meanwhile, fellow environmental activist and Hollywood actor Leonardo DiCaprio, could not hide his delight at meeting Thunberg during her stint in North America.

He described her as a "leader of our time" following their first encounter.

The Titanic star said via his Instagram page over the weekend: "History will judge us for what we do today to help guarantee that future generations can enjoy the same livable planet that we have so clearly taken for granted. I hope that Greta's message is a wake-up call to world leaders everywhere that the time for inaction is over."

DiCaprio, who posted a picture of the pair online, added that "it was an honor to spend time with Greta" and that "climate change is the most urgent threat facing our entire species, and we need to work collectively together and stop procrastinating."

On its 40th anniversary, the Right Livelihood Award is honoring the efforts of an activist, a lawyer, a rainforest protector and Greta Thunberg. DW takes a closer look at the people who have inspired millions. (25.09.2019)