The outgoing European Commission president has said it would take more than a protest movement to achieve climate goals. Jean-Claude Juncker has also spoken of his Brexit regrets. 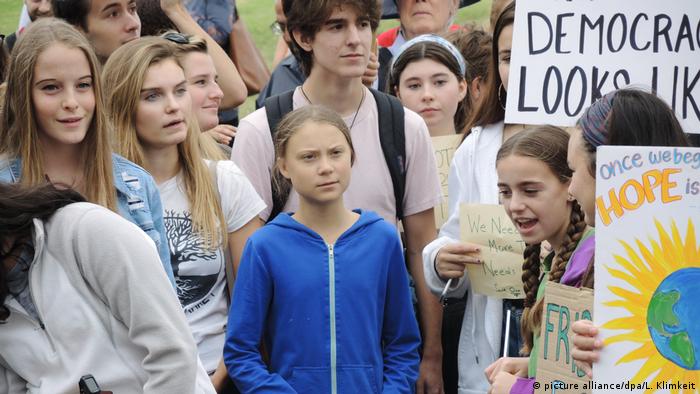 European Commission President Jean-Claude Juncker said on Friday that no matter how hard climate activists fight, implementing their demands is not necessarily feasible.

In an interview with German magazine Der Spiegel, Juncker spoke of his admiration for the youth and their determination to seek change. "But I'm not naive. Much of what is sentimentally recounted is in reality not that easy to achieve," the outgoing president said.

He said he was satisfied with the climate policy assessment of his own commission, whose term is coming to an end.

"I do not really like complacency, but as the European Union, we have made a massive contribution to the Paris Climate Agreement."

Member states may be in a position to agree later this year on the objective of achieving climate neutrality by 2050.

However, Juncker says it will take more than some activists to make the difference.

"Anyone who pretends that it does not require any special effort, just because there is a movement in this direction among young people now, is very wrong," he said. 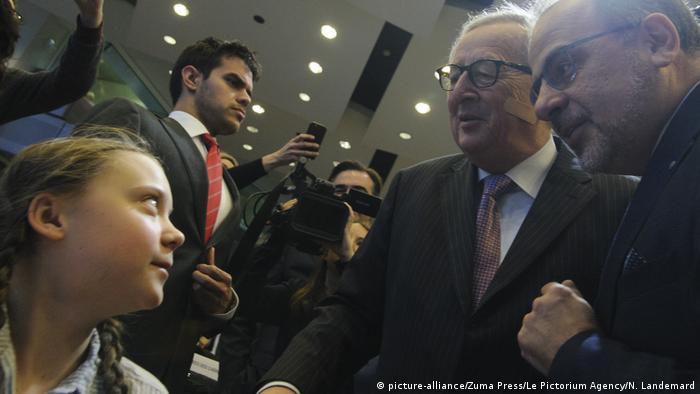 Juncker met Greta Thunberg in Brussels, where she delivered a speech

Earlier this year, Juncker met with Swedish teen activist Greta Thunberg, who is currently in North America, following a UN summit in New York in September.

Thunberg tweeted that she will now not be heading to Chile, but will be returning to Europe somewhat earlier than planned. This is due to the UN climate conference not taking place in Santiago, but in Madrid, due to the civil unrest in the Latin American country.

Juncker, who is about to be replaced by German Ursula von der Leyen, also spoke of his regrets over Brexit, saying he wished he had played a greater role in the build-up to the 2016 vote. He even suggested that some of the lies spread during the Leave campaign were done so by current British Prime Minister Boris Johnson.

The 64-year-old said of then-Prime Minister David Cameron: "I had a lot of invitations, but Cameron made it clear that he could not use me, that the European Commission was even less popular in the UK than on the continent."

"I decided then not to get involved. Today I think that's a big mistake; so many lies were told — even by the current Prime Minister Boris Johnson."