Socialist Prime Minister Pedro Sanchez could win re-election on April 28. But a left-wing government is far from certain, with neither left nor right wing blocs on track to easily reach a majority. 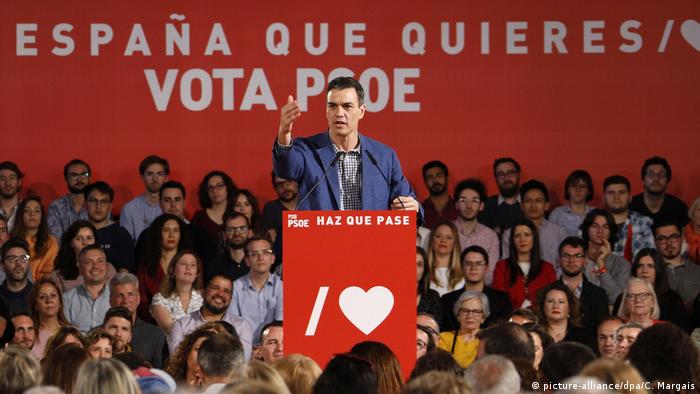 The ruling Socialist Party (PSOE) has stretched its lead in Spain's upcoming parliamentary elections, according to the latest polls published by newspapers El Pais and El Mundo on Saturday. The April 28 elections will test the national mood of the EU's fourth largest economy, as rising right-wing movements have swept the region.

It is estimated that PSOE would gain 28.8% and 30%, according to El Pais and El Mundo polls respectively. But despite being the most favored party, both polls showed the socialists likely falling short of obtaining a governing majority.

Spain's upcoming election was announced last month by Prime Minister Pedro Sanchez, who had led a fragile minority government since a vote of no confidence ousted his conservative predecessor Mariano Rajoy of the conservative PP last year.

No majority for left or right

While the polls might imply stronger support for the left, the reality is more complex, with Spain's voters roughly divided in half between the left and right, though fragmented among five major parties.

If left-wing parties PSOE and Podemos choose to from a coalition, polls show they would obtain a combined 162 seats, 14 seats short of the 176 needed to secure a majority.

Likewise on the right, if the center-right People's Party (PP), the liberal Ciudadanos and upstart far-right Vox chose to unite, polls predict they would have 156 seats — 20 short of a majority.

In such a scenario, Sanchez could pull off a majority if he expanded his coalition to include Catalan parties. But these are the same parties that broke his tenuous minority government and pushed Sanchez to call for elections in the first place. The fragmentation in Spain's right wing has been marked by the surge of far-right Vox, whose anti-feminist and anti-immigrant messages, coupled with a hard-line nationalist posture on the recurring issue of Catalonian independence has scooped up disaffected voters from Ciudadanos and PP.

Polls differed in their prediction for Vox next week. El Pais showed the far-right movement increasing its share from 10.2% to 12.5%, while El Mundo saw a decrease from 13.3% to 10.2%.

Whether Vox can gain more than 10% or not, the upcoming election will be a success for the young party. Founded in 2013, Vox will enter the parliament this year and dramatically improve its showing from 2016, when it did not even manage to garner one percent.

Vox is set to become the first far-right party to sit in the lower house of parliament since Franco's dictatorship ended in 1975. 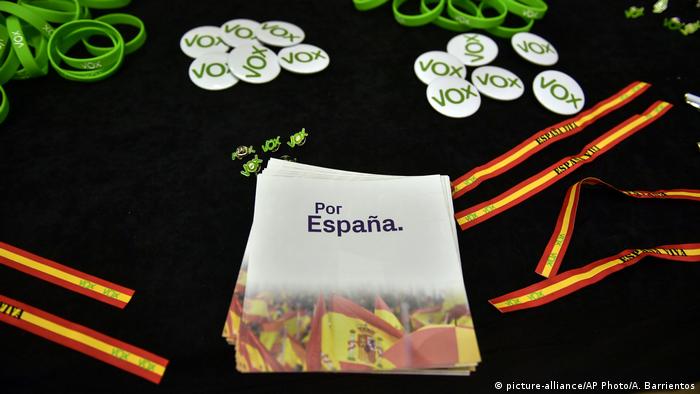 Its rise has been particularly damaging for PP, which has seen its share of voters sink from 33% in 2016 to the projected 17-20% next week. As a result, its new leader Pablo Casado has positioned Spain's conservative party further to the right in an effort to gain those voters back.

Read more: Made in Germany, heard in Spain: The Leon cathedral organ connection

A contest of values

Spanish politics has been fraught by division and bitterness in the recent years, even as the country exited recession last year, recovering from an economic crisis that, at its peak in 2013, led to an unemployment rate of more than 20%.

In this election cycle, the economy has taken a back seat. Instead, parties are competing for voters' hearts and minds on nationalist and social values, with issues such as Catalonia's recent independence push, immigration, women's rights, Franco's legacy and the depopulation of small villages, being pushed to the forefront.