After keeping him in the country two months, the Spanish Justice Ministry told German-Turkish writer Dogan Akhani he was free to leave. That's despite a Turkish arrest warrant from requesting his extradition. 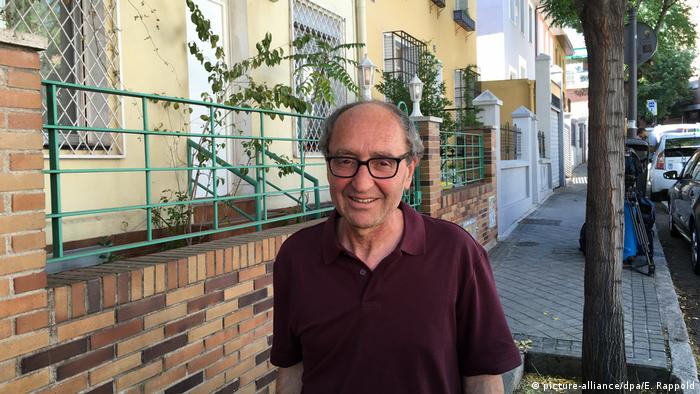 Akhanli was detained while on vacation in Grenada on August 19 on a Turkish Interpol arrest warrant. He was released a day later but was required to stay in Spain and register with police on a weekly basis.

Akhanli has lived in Germany since he fled Turkey in 1991 and received citizenship after applying for political asylum in 1993.

The 60-year-old has written extensively on Turkey's human rights record and the Armenian genocide.

He was detained in August 2010 on manslaughter and robbery charges when he traveled to Istanbul but was set free that December after the charges were dropped.

His acquittal was dropped in 2013 and he became wanted by Turkish authorities.

Turkey had sought his extradition from Spain on murder charges.

The German government had called the arrest warrant politically motivated and directly intervened with the Spanish government for Akhanli's release.

In its decision, the Spanish Justice Ministry said it denied continuing extradition proceedings based on Akhanli’s recognized asylum status in Germany and Madrid’s commitments to international refugee conventions.

Akhanli will now be free to return to Germany.

Akhanli's lawyer Ilias Uyar welcomed the Spanish judiciary’s decision but criticized that his client was forced to stay in Spain for nearly two months.

"This horrific incident has now come to an end, [Turkish President Recep Tayyip] Erdogan and his regime have lost here," Uyar said in a statement on his Facebook page. "In this extradition process, Turkey has once again proven that it is pursuing my client only for political reasons."

Uyar said he would consider criminal legal action against Turkey.

Several German and dual German-Turkish nationals have been arrested in Turkey, causing a diplomatic spat between Ankara and Berlin.

Can Dundar, the former editor of Turkish daily Cumhuriyet, has been on trial in absentia in Turkey for alleged terrorist links. Dundar, who is living in exile in Germany, has also been nominated for a Nobel Peace Prize. (29.09.2017)

Turkish prosecutors are seeking a jail term of up to 15 years for Peter Steudtner who was arrested there three months ago. Thousands of people have been rounded up and imprisoned amid Ankara's post-coup crackdown. (08.10.2017)

The German Foreign Ministry says a German-Turkish national jailed in Turkey four months ago has been freed. But 11 Germans still remain in Turkish detention on what Berlin considers to be politicized charges. (04.10.2017)