Turkish prosecutors are seeking a jail term of up to 15 years for Peter Steudtner who was arrested there three months ago. Thousands of people have been rounded up and imprisoned amid Ankara's post-coup crackdown. 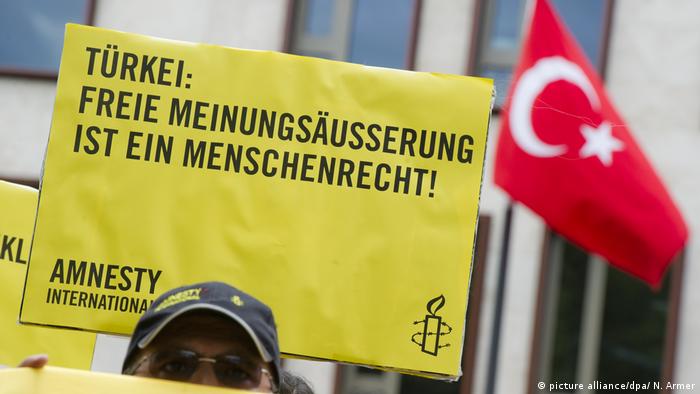 Prosecutors have asked for jail sentences of between 7.5 and 15 years for a group of 11 rights activists being held on terror-related charges, Turkey's Dogan news agency reported on Sunday.

Most of the accused — including German citizen Peter Steudtner, his Swedish colleague Ali Gharavi, and Amnesty International's Turkey Director Idil Eser — were arrested on July 5 at a human rights workshop near Istanbul. 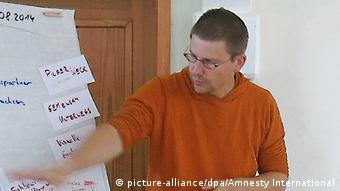 Peter Steudtner was arrested during a workshop on digital security

According to Dogan, they have been charged with "giving help to an armed terror group" in a 17-page indictment, signaling the first step in court proceedings.

"The demand for up to 15 years in prison is totally incomprehensible to us and not acceptable," Gabriel said in a statement, adding Berlin had been in contact with Ankara about the matter.

Thousands rounded up amid crackdown

Tens of thousands of people have been arrested in Turkey in the wake of the July 15, 2016 coup attempt, sparking international concerns about the deterioration of democracy and free speech under increasingly authoritarian President Recep Tayyip Erdogan.

Steudtner is not the first German to be caught up in the post-coup crackdown. According to the German government, there are 11 Germans in custody in Turkey for political reasons, including journalists Deniz Yucel and Mesale Tolu.

Inside Europe: Calls for the EU to get tough on Turkey

In an interview with German magazine Spiegel on Sunday, Turkish Foreign Minister Mevlut Cavusoglu said that he would push for Steudtner's case to be sped up.

The arrests have stoked tensions with Berlin, with one German minister comparing Ankara's behavior to the authoritarian former communist East Germany.

Erdogan's government says EU critics of the case, and of the wider crackdown in the aftermath of the coup, do not understand the scale of the security challenges facing Turkey.

Turkey to agree transfer of Khashoggi trial to Saudi Arabia 01.04.2022

Jamal Khashoggi, an outspoken critic of the Saudi royal family, was killed in Istanbul's Saudi consulate in 2018. The justice minister has agreed to a Turkish prosecutor's request to move the trial to Saudi Arabia.