A day after Pyongyang hosted a major rally to mark the 75th anniversary of the ruling party and show off a major new weapon, Seoul has issued a statement reminding North Korea of agreements in place to prevent fighting. 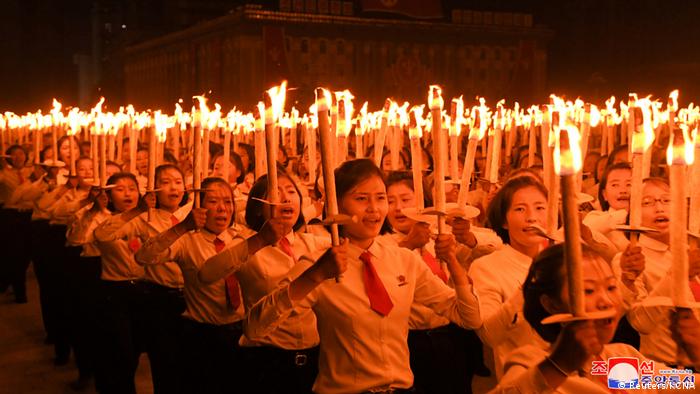 South Korea's presidential office said on Sunday that inter-Korean agreements to prevent armed clashes with North Korea must be respected.

North Korea's leader Kim Jong Un gave a speech on Saturday at the 75th anniversary of the foundation of the ruling Workers' Party, calling for greater cooperation between the two countries once the coronavirus pandemic is over.

But he also took the opportunity to unveil a massive new strategic weapon, what observers believe is an intercontinental ballistics missile (ICBM).

Analysts concurred that it was the largest road-mobile, liquid-fueled missile anywhere in the world, and was highly likely to be designed to carry multiple warheads in independent re-entry vehicles (MIRVs).

Jeffrey Lewis of the Middlebury Institute of International Studies said it was "clearly aimed at overwhelming the US missile defense system in Alaska."

"I'm pretty sure North Korea can add warheads faster than we can add interceptors," he wrote on Twitter.

South Korea's presidential Blue House said it held an emergency meeting of the National Security Council to discuss the weapons and the content of the speech.

"We emphasized various agreements made between the South and the North to prevent armed conflicts and war," it said in a statement. 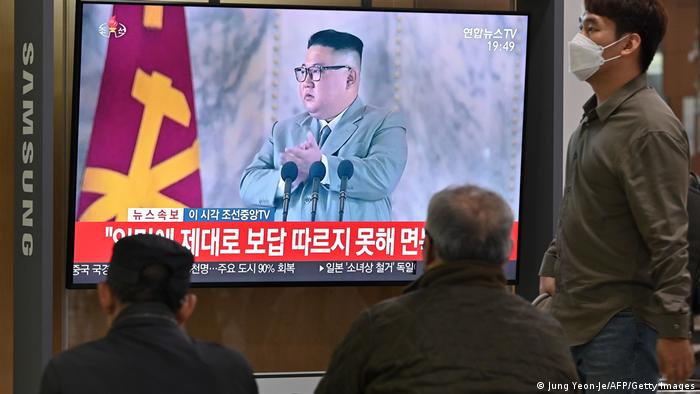 South Korea also expressed concern about the weapons, and said it would carry out analysis together with the United States.

In a separate statement, Seoul's Unification Ministry, which handles cross-border affairs, said Kim's speech would lead to peace and better ties, and expressed hopes for a resumption of dialogue on issues such as virus response and humanitarian aid.

The parade and speech came as the neighbors are at odds over the killing last month of a South Korean fisheries official by the North's troops after he went missing, an incident that shocked and enraged many in the South.

Seoul called for a joint investigation after finding that the soldiers killed the man and set him on fire, though Pyongyang said they just burned a flotation device he was using. Pyongyang later apologized.

On Sunday, the Blue House once more urged the North respond its request for investigation.