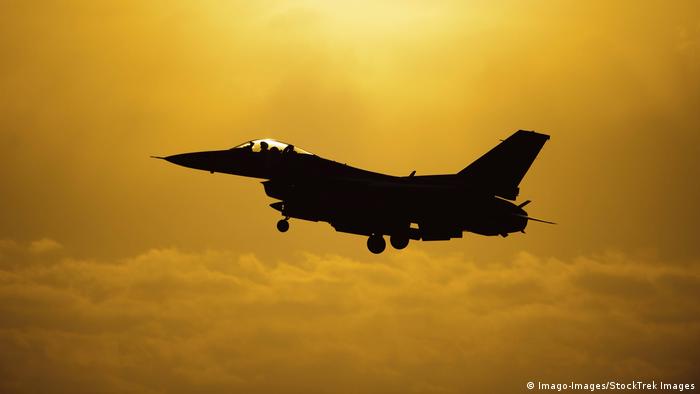 Seoul's Joint Chiefs of Staff said it had detected the military aircraft off its eastern coast, northeast of the Dokdo islets which Japan also claims, calling them Takeshima instead.

South Korea dispatched F-15 and F-16 fighters along with an aerial refueling tanker in what the joint chiefs termed a "normal tactical measure" to the area to prevent conflict.

In a statement, the joint chiefs said it assessed "the current situation as a joint exercise between China and Russia and additional analysis is needed."

China later confirmed to Seoul that the planes involved were engaged in a routine exercise with Russia.

What is an air defense identification zone?

The air defense identification zone typically extends beyond a country's sovereign territory and air space to make identification of planes that could be hostile to national security possible.

It is self-declared, though military planes are supposed to announce their presence to prevent potential conflict.

In 2019, South Korean aircraft fired over 400 warning shots after a Russian warplane violated airspace near the disputed islets. Japan also complained to Moscow but Russia said it did not recognize air defense identification zones at the time.

In recent years, Chinese and Russian fighter jets have entered Seoul's air defense identification zones in a show of power aimed less at South Korea but its close ally, the United States.