South China Sea: Filipino fishermen hope for Chinese benevolence | Asia | An in-depth look at news from across the continent | DW | 29.11.2017

Territorial disputes in the South China Sea are causing a food shortage in the region. Filipino fishermen are at the mercy of the Chinese coastguard as their livelihood takes a blow. Ana P. Santos reports from Zambales. 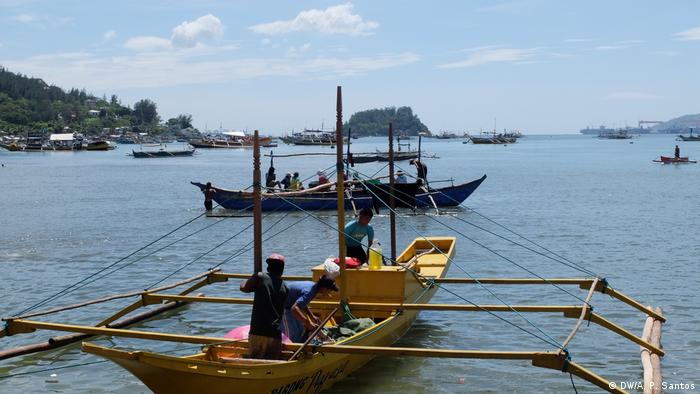 As Filipino fishermen set sail for the Scarborough Shoal, they hope for three things: a bountiful fish catch, their safety, and benevolence from the Chinese coastguard.

For the past two years, Paolo Pumicpic, captain of the JJ2 fishing boat, has been at the mercy of the sea; he hasn't been lucky with any of the three.

The South China Sea, where the Scarborough Shoal is located, is a major maritime route, where an estimated five trillion dollar- (4.2 trillion euros) trade transits annually. The sea also contributes to about 12 percent of the global fish supply.

But experts say that overfishing, as well as dynamite and cyanide fishing, are depleting the area's marine resources at an unsustainable rate. A study by the University of British Columbia in Canada shows that the South China Sea fish catch could decline by as much as 50 percent by 2045.

Apart from a dwindling fish catch, Pumicpic tells DW that he and his men also face harassment and bullying from the Chinese coastguard. They are not allowed to fish in the area.

"The Chinese regularly raid our catch. They take away our best fish for their consumption and give us cigarettes and instant noodles in return," Pumicpic said.

Still, the fisherman does not want to complain. He says the Chinese behavior is much better than before.

"They aren't using water cannons to turn us back. As long as they allow us to fish, it is fine," he said.

China, Brunei, Vietnam, the Philippines, Malaysia and Taiwan have overlapping claims to the South China Sea.

In 2012, the Chinese coastguard seized control of the Scarborough Shoal, which is located between the Macclesfield Bank and Luzon Island in the South China Sea. It is a disputed territory claimed by China, Taiwan, and the Philippines.

In response to the blockade, Manila filed a case against Beijing in the Permanent Court of Arbitration (PCA) in The Hague. In July 2016, the PCA ruled that China's maritime claim was excessive and encroached on the Philippines' 200-nautical-mile exclusive economic zone, where the Scarborough Shoal lies.

Despite his campaign promise to assert Philippine's ownership of the disputed territory, President Rodrigo Duterte has so far chosen to take a conciliatory approach with China. 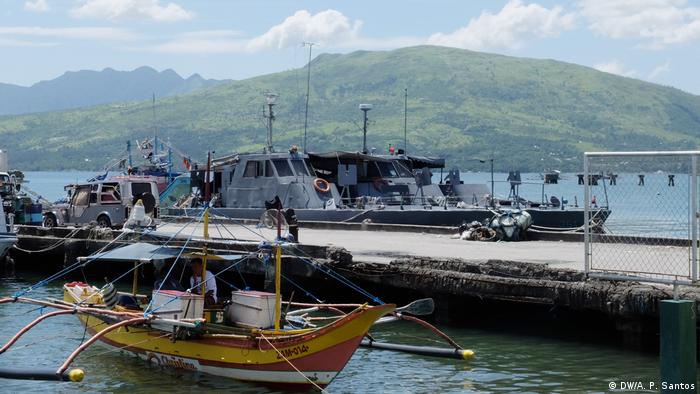 The Association of Southeast Asian Nations (ASEAN) summit, which was held in mid-November in Manila, could have been the perfect platform for the Philippines to re-assert its claim on the Scarborough Shoal. But the opportunity was missed.

"Raising the West Philippine Sea issue while chairing the ASEAN summit could have made the most impact," Jay Batongbacal, a maritime law expert and professor at the University of the Philippines, told DW.

Prior to the ASEAN Summit, the Philippine military had started building shelters in the shoal to protect their country's fishermen from treacherous weather conditions. Beijing slammed the move and demanded that the Philippine government halted the activity. At the ASEAN conference, Duterte announced that he and Chinese President Xi Jinping had agreed that they would "set aside" the South China Sea dispute.

"President Duterte's stance allows China to consolidate its hold in the West Philippine Sea. It is disastrous for the Philippines," said Batongbacal.

Salvador Panelo, the legal advisor to the president, says that Duterte is simply taking a prudent approach because the PCA ruling does not have a legal framework that could be implemented.

But others insist there are other alternatives to dealing with Chinese hegemony.

"There are other ways to assert our claim on our territories," Philippine congressman Gary Alejano told DW. "We can undertake scientific exploration and research and conduct aerial and sea patrols, for example."

Alejano, who is a former marine captain, claims there have been no naval patrols in the South China Sea since the early 2016.