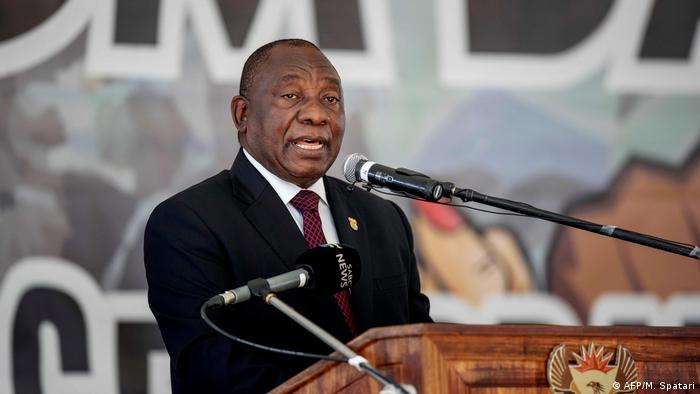 The announcement came late on Monday night. Africa's most industrialized economy and a nation of 57 million people, will to go into a nationwide lockdown for 21 days starting Thursday.  South African President Cyril Ramaphosa announced the measures in
response to the increase of COVID-19 cases to 402. This represented an increase of 47% between Sunday and Monday, increasing worries of exponential growth and making it the country with the most cases in Africa.

Rwanda's lockdown, which preceded the South Africa's and was the first on the continent, sent people into a buying frenzy. Although scheduled to last two weeks, many Rwandans think the measures will be prolonged. As of now, Rwanda has 19 confirmed cases of COVID-19, the highest number in East Africa.

The lockdown includes many businesses deemed non-essential. The move has caused widespread worry and uncertainty among Rwandans about how they will manage to feed their families.

Patricia Uwineza is a single mother who runs a small hair salon in Kigali. "I am yet to negotiate with the bank to hold on but at home we are already running out of groceries," she told DW. "As a single mum, I must provide for a home of four people so you can imagine how tough the situation is becoming."

The closures also threaten to leave many people jobless in a country where employment is mostly informal. Another result of the shutdown has been the hoard basic food staples, which has led to a price hike.

Kigali reacted by ordering traders to sell only the amount of food needed for one day per person, after taking measures to keep sellers from price-gouging.

President Paul Kagame's measures are dividing people across Africa. On Facebook, DW Africa followers have lauded him as decisive and vilified him as a dictator in equal measure.

African governments from Angola to Zimbabwe have taken similar steps, although not as radical. Many countries banned public gatherings, shuttered schools, churches, mosques and bars, and closed airports. Forty-five of  the continent's 54 nations are now affected.

In sub-Saharan Africa, infections surpassed 1,000 on Monday morning. Countries so far spared the new coronavirus, such as Uganda, Eritrea, Angola and Mozambique, reported their first cases over the weekend. In South Africa, the number of confirmed cases shot up to some 400 on Monday. At the same time deaths from COVID-19 began mounting, as Zimbabwe reported its first fatal case. 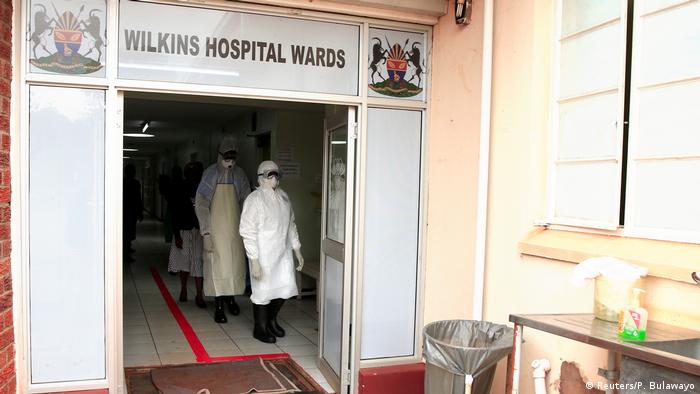 The World Health Organization (WHO) director-general, Tedros Adhanom Ghebreyesus, warned that official figures likely did not reflect the full picture. His agency also expressed concern that poor sanitation, urban crowding and the lack of intensive-care units, equipment and trained staff could hamper any response.

A 2016 analysis by the Rand Corporation, a US think-tank, found that of the 25 countries in the world that were most vulnerable to infectious outbreaks, 22 were in Africa.

In Malawi, health workers are worried about the lack of capacity to handle an epidemic. Already major hospitals are congested. At Kamuzu Central Hospital in Lilongwe, there are four children to each bed.

Dinga Mithi, a health advocate, told DW Africa that unless quick measures were taken, hospitals might turn into breeding grounds for diseases. "Should this virus erupt in this country, it means many people are going to contract it,” she warned. 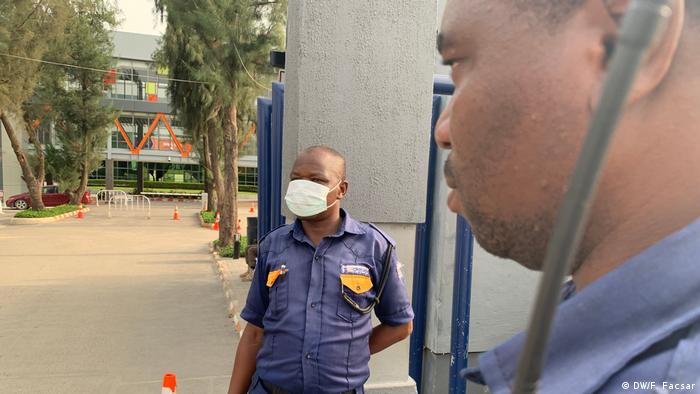 On a wing and a prayer

Ghana's government has declared a national fasting and prayer day on Wednesday March 25, to counter the spread of the virus. On a more practical level, it closed all borders on Sunday. Some Ghanaians criticized both moves, saying the country needs a well-coordinated crisis plan, and  that fasting and prayer and the closing the borders will not cut it.

In Tanzania, the failure by the government to close down religious meetings has created a real scandal, especially after President John Magufuli encouraged gatherings by asking people to pray. Magufuli himself attended religious services on the day his country reported 12 coronavirus cases.

Other African presidents are being attacked for not respecting their own regulations. Angola closed air, land and sea borders. But on Saturday, President Joao Lourenco attended the inauguration of Namibian President Hage Geingob. He told state television that his conscience was clear. "I did not give a bad example to Angolans," he maintained, adding that his decree left room for extraordinary circumstances.

Expats in Africa are fearing that they will be attacked over the spread of COVID-19. Europeans and Americans are leaving, and others are thinking about it as accusations that they brought the virus to Africa circulate. (20.03.2020)

Germany is assessing the damage that a shutdown of most public life could have on its economy. Meanwhile, there are mounting doubts about the 2020 Summer Olympics in Tokyo. Follow DW for the latest. (23.03.2020)

A call for social distancing and restrictions on travel have left some of Europe's biggest cities looking deserted as governments across the continent take drastic measures to control the spread of COVID-19. (23.03.2020)