Germany's federal police says the number of missing refugee children has doubled since the start of the year. Most of the children are aged between 14 and 17-years-old. 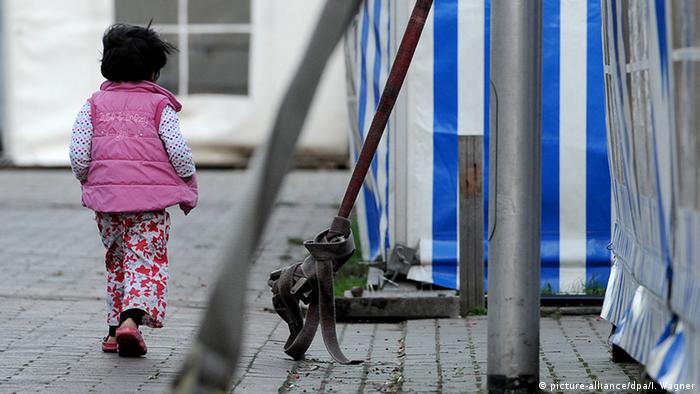 The figures, which were requested by the German daily "Neue Osnabrücker Zeitung," showed the number of migrants no longer in contact with authorities was already higher than for the whole of last year. The figure has doubled from January, when 4,749 refugees were known to be missing.

Although most of those who disappeared are teenagers, 867 of them are under 13 years old.

Amid fears that young unaccompanied migrants are vulnerable to grooming by criminal gangs, the BKA said it had no concrete evidence that this was happening in large numbers.

"In many cases, it's not like the children left without a plan. They wanted to visit their parents, relatives or friends in other German cities or even other European countries," a BKA spokeswoman told the paper.

The police authority said it was possible that the increase could be partly explained by young people registering more than once with German authorities, for example after moving to a new area of the country.

The BKA said it was hard to keep tally as many migrants arrived with no identity papers and because they may spell their name several ways.

In February, the European police agency Europol estimated that at least 10,000 unaccompanied refugee children have gone missing after arriving in Europe. More recently, it said the number is now considerably higher.

The Organization for Security and Co-operation in Europe (OSCE) warned several months ago that unaccompanied minors from conflict zones are "by far the most vulnerable group among the refugees." They are sent first to Europe, with their parents planning to join them at a later day, leaving them to fall prey to criminals.

On Sunday, German Chancellor Angela Merkel's deputy accused his boss of underestimating the strain of integrating around a million asylum seekers over the past year.

Vice -Chancellor Sigmar Gabriel told broadcaster ZDF that rather than catchphrases - referring to Merkel's repeated use of the slogan "We can do this!"- "We should be setting the right conditions so we can actually manage this."

Despite the criticism, Germany has been praised for its efforts to help migrant children integrate into the country.

Germany's Office for Migration and Refugees (BAMF) said Sunday it is expecting far fewer asylum seekers this year compared to 2015.