Smoke from bushfires in Australia has traveled some 11,000 kilometers (6,800 miles) to South America. Last week, the highest levels of carbon monoxide in the world were measured over the "clean" South Pacific Ocean. 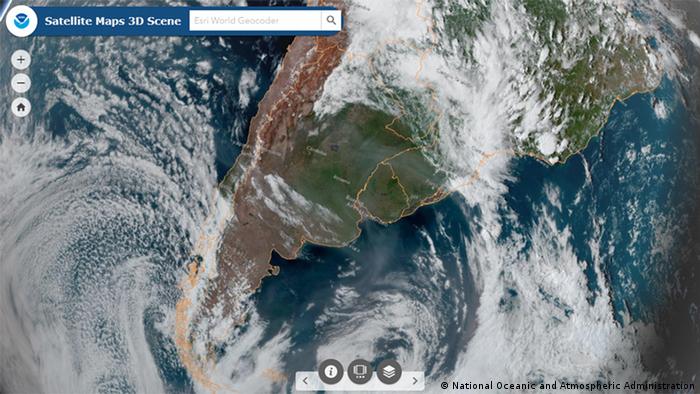 Smoke from raging bushfires in Australia has drifted across the Pacific and reached South America, the UN World Meteorological Organization (WMO) said on Tuesday.

Skies over central Chile have become grey and the WMO cited reports from local meteorological bodies of a red sunset in Argentina's capital, Buenos Aires.

"The fires have led to hazardous air quality in major cities throughout Australia, impacted New Zealand and sent smoke drifting thousands of kilometers across the Pacific to South America," the WMO said.

Authorities said the smoke did not pose a health risk in South America, some 11,000 kilometers away from Australia.

Since October, bushfires in Australia have released 400 megatons of carbon dioxide, the EU's Copernicus monitoring program said on Monday.

On January 2, the Copernicus program recorded the highest concentrations of atmospheric carbon monoxide in the world over the "clean" South Pacific Ocean, stemming from fires in Australia.

The fires have killed 25 people, burned around 110,000 square kilometers (42,471 square miles) of land and caused the death of millions of animals.

Another person has died and hundreds of properties are feared lost after another catastrophic day of bushfires in Australia's southeast. Prime Minister Scott Morrison has deflected blame over his handling of the crisis. (05.01.2020)