Responding to the sexual assaults in Cologne and Hamburg, Slovakian Prime Minister Robert Fico has reiterated his aim to allow no Muslims into the country. According to reports, some of the attackers were refugees. 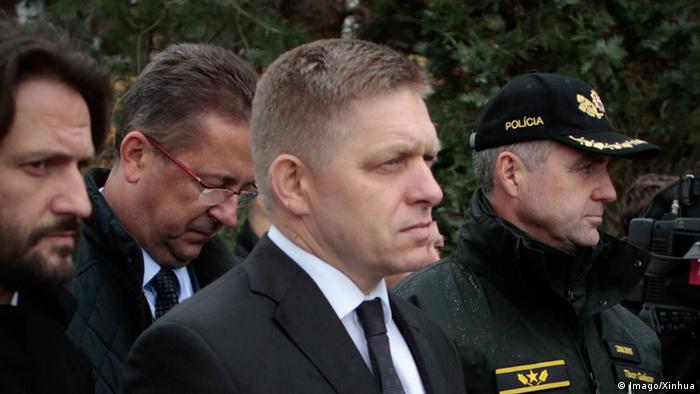 Robert Fico said on Thursday that Slovakia would fight against immigration from Muslim countries to prevent attacks like last year's shootings in Paris and large-scale assaults of women in Germany, which took place on New Year's Eve.

"We don't want something like what happened in Germany taking place in Slovakia," Fico said, adding that the country must "prevent [its] women from being molested in public places."

According to reports by local German newspaper "Kölner Stadt-Anzeiger" and an online preview of investigations by Sunday paper "Welt am Sonntag," Cologne authorities have identified some of the perpetrators in the attacks as been Syrian asylum seekers.

'Multi-culturalism is a fiction'

In light of the attacks, Fico told reporters that Bratislava would " never make a voluntary decision that would lead to the formation of a unified Muslim community in Slovakia."

"Multi-culturalism is a fiction. Once you let migrants in, you can face such problems," Fico said.

Slovakia is a Catholic country of 5.4 million people, who thus far have had next to no experience with immigrants. The country received only 169 asylum requests last year.

Under the European Commission's plan for mandatory quotas to share out 120,000 asylum seekers among the EU's 28 member states, Slovakia is being asked to take in 802 migrants. Fico's government has already filed a lawsuit against the Commission in response to the plans.

Similar views have also been heard from neighboring Hungary and Poland. Like Slovakia, the Hungarian government has also challenged mandatory quotas in court,with Prime Minister Viktor Orban repeatedly claiming that the influx of refugees into Europe threatens to undermine the continent's Christian roots.

The new Polish conservative government has also spoken in favor of stemming migration, saying they cannot repeat the mistakes of other European countries. Warsaw added, however, that it would abide by the previous government's pledge to accept around 7,000 migrants.

German Chancellor Angela Merkel has said that the harassment of women at Cologne's central train station on New Year's Eve will have a far-reaching impact. She said such criminal acts were unacceptable in Germany. (07.01.2016)

Opinion: Call a spade a spade

The ethnic origin of the gropers and harassers in Cologne has the liberal media squirming. All the eyewitnesses say they were "Arabs or North Africans." Should that be mentioned? It must be, writes DW's Kersten Knipp. (07.01.2016)