German Chancellor Angela Merkel has said that the harassment of women at Cologne's central train station on New Year's Eve will have a far-reaching impact. She said such criminal acts were unacceptable in Germany. 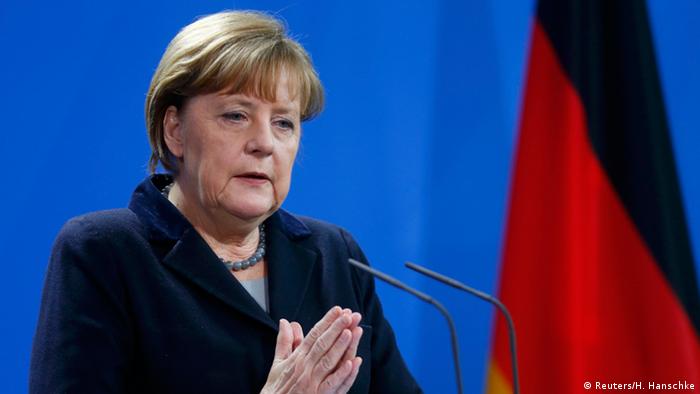 "What happened on New Year's Eve is completely unacceptable," Merkel said after a meeting with Romanian Prime Minister Dacian Ciolos in Berlin. "These are abominable, criminal acts…which Germany will not tolerate," she added.

Merkel's spokesman Steffen Seibert tweeted this video of the chancellor giving her speech in German.

The leader expressed sympathy with the victims, saying that their plight was "personally unbearable" for her and that everything would be done to find out what happened on December 31, when dozens of groups of North African and Arab-looking men molested and robbed women at Cologne's main train station.

She said there were "some serious questions" which arose and which went beyond the immediate crisis. There were questions regarding connections, behavioral patterns and also whether some groups were disrespectful towards women, Merkel said: "We must decisively confront them, because I do not believe that these are only individual cases."

Merkel said the state's duty was to find the right answers, including legal changes and an enhanced police presence. She also mentioned an increase in the interior ministry's budget and an additional 4,000 federal police force officers pledged for the coming year.

Merkel also promised close attention would be paid to the issue of deporting migrants found to have broken the law. She said her officials would check, "regarding deportation, whether we've done everything, to also set an example for those who are not willing to follow our legal system."

"We must also consistently discuss the fundamentals of cultural co-existence in Germany," Merkel said, adding that "people were rightly expecting action after hearing these words."

Nearly 1,000 men of North African and Arab origin are reported to have divided themselves into smaller groups and robbed and sexually harassed women at Cologne's central station on New Year's Eve. Similar incidents occurred on a far smaller scale in Hamburg and Stuttgart.