Following dozens of sexual assaults in Cologne, women are now advised to keep their distance. That amounts to holding them responsible, says DW's Dana Regev, and is the wrong approach. 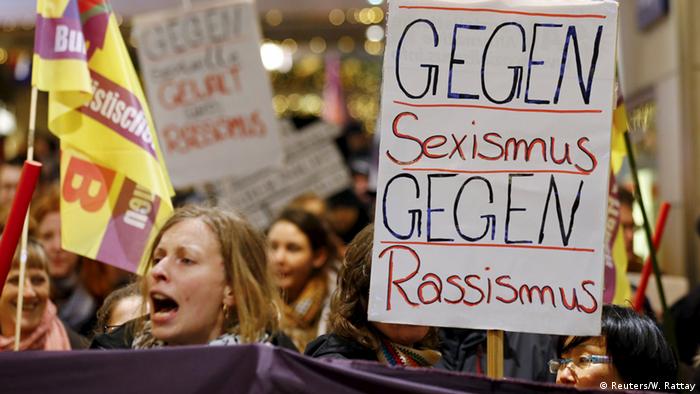 German and international media are fuming over attacks on around 90 women in the center of Cologne in the early hours of January 1.

They were allegedly robbed, molested and sexually harassed during New Year's celebrations by a group of over 1,000 men who were described as being of "Arab or North African origins."

Public outcry was quick to follow, with people taking to the streets as well as to social media, demanding that more be done to protect women and to make the streets of Germany safe again.

Although it is yet unclear whether the perpetrators were linked to the recent influx of refugees from Syria, Iraq and Afghanistan, the incident has inevitably sparked a massive public debate over the refugee crisis the country is facing, with people criticizing Chancellor Angela Merkel's policy, asking if Germany is now "colorful enough for her" or claiming that the attack is the result of a too-permissive approach toward immigrants.

But the most astonishing comment of all came from no other than Cologne's mayor herself, Henriette Reker, who urged women to keep an "arm's length" away from strangers, so that "such things do not happen to them."

In fact, such a statement is not far off from telling rape victims they shouldn't wear short skirts. It's victim blaming in the most demeaning form, and the implication is that the women in Cologne are themselves somehow responsible for provoking the assaults.

As if it isn't enough that many women - even in open societies like Germany - carry a constant fear of being attacked, now they are being lectured on how they should watch out for themselves in the future, rather than placing the blame squarely where it belongs - on the assailants.

Reker's "code of conduct," which will be available online soon, includes not only the "arm's length" recommendation but also urges women to stay together in groups and even more disparagingly warns them against acting too "cheerful," as this might be mistaken for sexual openness. 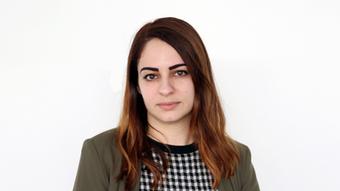 Some might claim that Reker's remarks are not meant to blame women for their own assault, but were only meant to encourage caution. That is most likely the case, however the advice that women should basically stay away from men, avoid being alone in public places, and above all not to look too happy is both patronizing and based on misconception.

Even if it is intended as well-meant advice, the implication that the solution to the problem somehow lies on the victims' shoulders is nothing but a disgrace.

Reker's suggestion is not entirely irrelevant though, more or less in the same way people keep their doors locked when they're out of their homes, park their cars in safe places or try to avoid dark alleys.

But any claim suggesting that sexual assaults have anything to do with the victim's behavior, dress or imprudence has been refuted over and over again in hundreds of studies. Rape and sexual assaults happen in every country, independent of the religious or ethnic makeup of the society.

In societies where women cover their faces and entire bodies sexual harassment and rape are a daily occurrence. There is no proof that women who dress in a prim way or adopt a modest behavior suffer less harassment than others.

Rape, sexual assaults and harassment are crimes. Preventing such crimes requires more than just a call for women to keep away from men. Primarily, it requires education, deterrence and strict law enforcement - for all sexes.

What is surely not the solution, is urging women to change their habits under the guise of taking care of them - only to then blame them for not following the instructions.

In 2016, it is about time to teach rapists not to rape, rather than victims to hide.

Could coffee become a 'luxury' as inflation hits EU? 21m ago

France slams Iran over 'staged confessions' of 'hostages' 43m ago

Thailand: Over 30 killed in shooting at child care center 4h ago