Slovak football club the target of nationalist tug-of-war | Europe | News and current affairs from around the continent | DW | 03.06.2019

In football, there's almost nothing better than playing in a stadium full of passionate fans. But for FC Dac 1904 it's an entirely different ball game. Tim Gosling reports from Dunajska Streda in Slovakia. 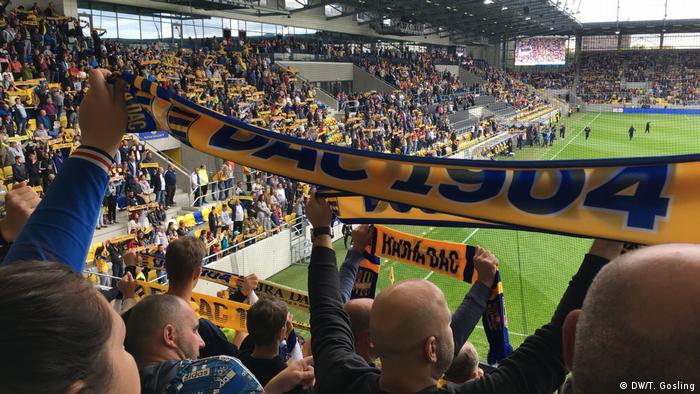 Red, Green and White smoke engulfs the Mol Arena as the Hungarian national anthem is belted out by 10,000 supporters.

The mood is buoyant ahead of ahead of FC Dac 1904's penultimate home game of the season. The club has broken numerous records in 2018-19, including a highest-ever league finish of second.

Fans hope they might go one better next season, but suspect they'll be cheated out of the title. FC Dac is Hungarian, they insist, but a historical trick has it stuck in Slovakia.

"We're not allowed to win the league," claims Tamas Soki of the ultras group YBS. Rotund, jovial and perched in a dingy backstreet bar, he explains that "every refereeing decision goes against" the club from Dunajska Streda.

Unlike match officials, nationalists in Slovakia's coalition government have no reason to hide their disdain. They recently pushed legislation through parliament making it an offense for foreign national anthems to be sung.

The bill's main sponsor, Dusan Tittel of the Slovak National Party (SNS), has stated clearly that FC Dac is the target.

"Go to Dunaszerdahely [Dunajska Streda's Hungarian name] to watch a football game, when 9,000 sing the Hungarian anthem," he told parliament. "I don't think you'd like it." 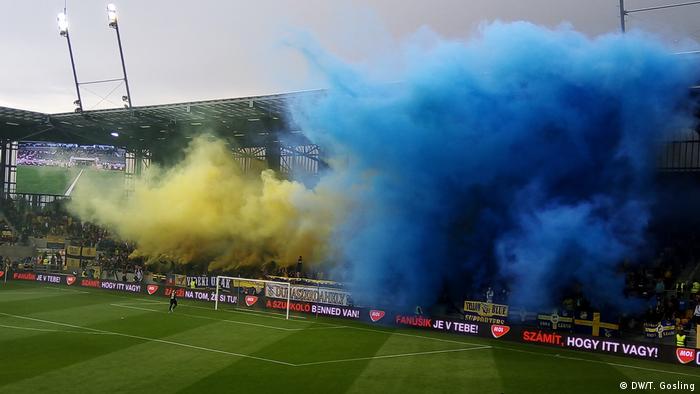 The response has been defiant. "We will sing and will pay the fines," retorted FC Dac owner Oszkar Vilagi.

"My family has always spoken Hungarian," club spokesman Krisitan Nagy told DW. "If someone has an issue with that then it's their problem." He claims, however, that senior government officials have promised the club will not face sanctions.

The 45-kilometer (28-mile) drive from Bratislava to Dunajska Streda feels long and bumpy. As the road follows the Danube into this southeastern corner of Slovakia the signposts double up, adding elongated Hungarian versions of vowel-starved Slovak names.

A US confederate flag flies above a car repair shop on the outskirts of the town, hinting at the mood among some of Slovakia's Hungarian minority, which makes up around 10% of the 5 million-strong population.

The Treaty of Trianon between the Entente powers and the kingdom of Hungary , which formally ended WWI, removed Budapest's control over several territories featuring non-Hungarian majorities, including Zitny Ostrov, Europe's largest river island, of which Dunajska Streda is the main town.

Relations have steadily improved since tensions flared in the transitional 1990s, as Slovak nationalists have eyed the greater gains available from persecuting Roma and Muslims. But as FC Dac 1904 makes a splash on the pitch, it becomes a handy target.

"The legislation reflects the desperation of the SNS to halt a slide in support," said Zsolt Gal, an assistant professor at Bratislava's Comenius University, who is involved in setting up a new, liberally-minded, ethnic-Hungarian political party.

The nationalism is not one-sided. FC Dac is the shining star of Hungarian Prime Minister Viktor Orban's bid to use football to help drive his own populist agenda.

The leader of the ruling Fidesz party has long invoked "patriotic" anger as he invites the neighborhood's exiled Hungarians to apply for citizenship. Formerly a keen amateur player, Orban views football as a powerful cultural magnet to aid his cause.

Over recent years, his government is reported to have plowed over €1 billion ($1.2 billion), much of it from EU development funds, into new stadiums and infrastructure at clubs both home and abroad that are controlled by friendly oligarchs.

Gal suggests FC Dac might, therefore, be viewed as a symbol of separatism. "The idea was to build a strong symbol of national identity; to function like Barcelona does in Catalonia."

It's a blueprint on which Vilagi, dubbed "Orban's man in Europe" by some, has delivered. FC Dac is by far the most successful among a network of clubs and academies that also spreads into Croatia, Romania, Serbia, Slovenia and Ukraine. 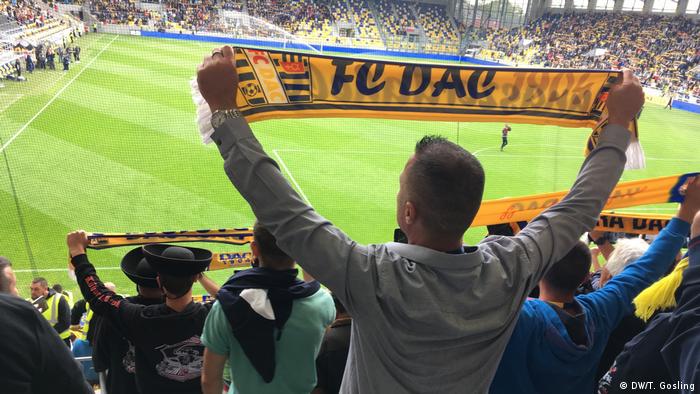 Thanks to that success, the club attracts Hungarians from far and wide, including Orban himself. Dunajska Streda may boast a population of just 22,500, but few of the Mol Arena's 12,000 seats are empty at home games. "We're a symbol for Hungarians from across Slovakia," said Nagy, while keen to note that the team itself features several nationalities and races. "We also attract them from Serbia, Romania and elsewhere."

Tamas Soki explains that YBS admits no Slovaks, and that the ultras hope Vilagi will eventually deliver them a team comprising only white, Hungarian players.

This sort of talk only adds grist to the mill of Slovak nationalists seeking to profit from Orban's antics. A member of the EU and NATO, Slovakia is not in the same boat as Hungary, but there is a risk that Hungarian nationalism could raise support for far-right forces ahead of a parliamentary vote scheduled to coincide, next year, with the 100th anniversary of the Treaty of Trianon.