Zuzana Caputova has been elected president of Slovakia, by a large majority. Her win highlights a trend in the region that has received little attention to date: the desire to put an end to populism and demagoguery. 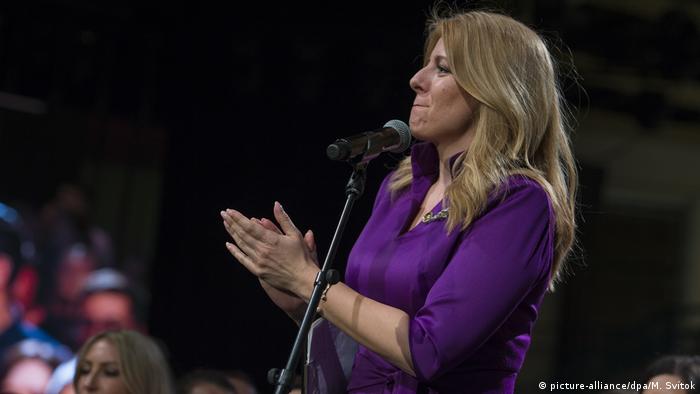 The majority of her compatriots had never heard of her a few months ago. At the start of the year, when opinion polls indicated that she was gaining support, government politicians started vilifying her: as a candidate whose "orientation" was "not normal," an "extremist liberal," the "product of media marketing," an "inexperienced girl." Now she has actually done it: The 45-year-old lawyer, civil rights activist, and political novice Zuzana Caputova has been elected the next president of Slovakia — the first woman ever to lead her country.

One year after the murder of the investigative journalist Jan Kuciak and his fiancee Martina Kusnirova, her victory sends a clear signal that the vast majority of Slovaks want fundamental change. They are demanding that theirs become a "respectable country" — the motto of many of its civil rights activists. The election result makes this very clear: Zuzana Caputova won about 60 percent of the vote, which put her some 20 percentage points ahead of her rival Maros Sefcovic, the EU Commissioner for the Energy Union.

Caputova thanked her voters — as she did two weeks ago, after the first round of voting — not only in Slovak, but also in the country's minority languages, including Hungarian, Czech, Ruthenian and Romany, the language of the Roma. This was an absolute first in Slovak politics. Her comments on her victory were also modest, devoid of triumphalist rhetoric. She said that she was glad she had won in a way many in the political arena had thought was impossible — without aggressive rhetoric, without verbally punching below the belt, and, above all, without resorting to populism. 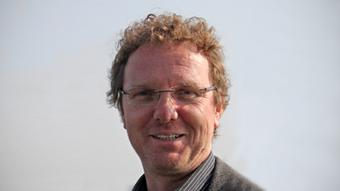 DW's Keno Verseck has been reporting from Bratislava for many years

This established the new Slovak president as a clear contrast to the numerous populist-demagogical-nationalist politicians in the region, of whom Hungarian Prime Minister Viktor Orban is the foremost example. Caputova is not, however, the only politician of her kind; rather, she personifies a trend that is often overlooked, not only outside central and southeastern Europe but also, to some extent, within the region itself.

The president-elect represents "Progressive Politics," a left-wing liberal reformist political movement whose followers in several central and southeastern European countries have, for some time now, been trying to align themselves and gain broader support. They are arguing not only — as do classical liberals — for the strengthening of the rule of law, greater transparency, and good governance, but also for greater social justice and comprehensive social solidarity.

These are issues that have been severely shortchanged in many central and southeastern European countries over the past three decades, yet are very popular among voters. Opinion polls show that, contrary to what demagogues like Orban suggest, most people in the region do not see migration and a supposedly imperialistic European Union as the biggest problems facing their countries. Instead, they cite corruption among those in power, maladministration, and bad social policies.

With her election to the presidency, Caputova has become the most prominent representative of progressive politics in the region. As a lawyer and civil rights activist, she has already demonstrated staying power in the fight against mafia-style politics. Her election campaign also showed the support she is able to mobilize for her agenda. The powers that come with her office are limited, but Caputova's voice will carry a great deal of weight in Slovakia. If this new president succeeds in implementing even some of her political and social plans, we should not underestimate the signal that would send to the region as a whole. It could mark the start of the turnaround — a rejection of Orban's political model.

Slovakia has just elected its first female president a year after a journalist's murder triggered calls for change. Political novice Zuzana Caputova ran on a slogan of "Stand up to evil." (30.03.2019)