For at least one group of young Hungarians, the EU is not a burden: It's the future. The Momentum party rejects the anti-EU rhetoric of Prime Minister Viktor Orban. It is campaigning for European elections. 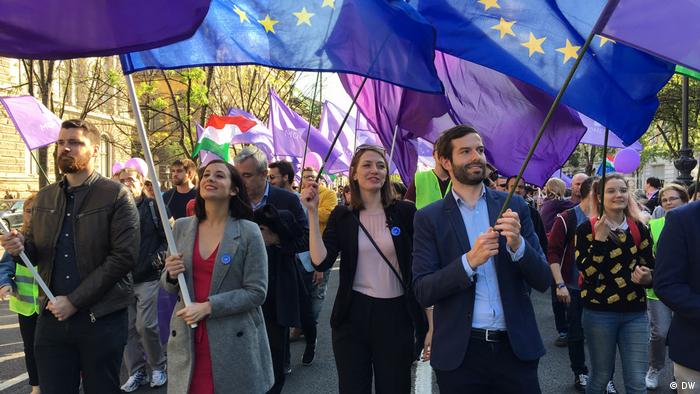 "We are against corruption and the policies of this current government," said one young man at a gathering in central Budapest. "We cannot accept what's happening here."

That sentiment is what brought him to Liberty Square in the Hungarian capital, following calls by the Momentum party that held the rally. As European elections approach, the party is looking to set a new political tone against nationalism and for a unified Europe.

Momentum got some support for the event from Brussels: European Commissioner Margrethe Vestager was on the small stage at the edge of the square, recalling the EU's promise to Hungary when it joined 15 years ago: an independent judiciary, press freedom and equal opportunity.

"You're fighting today to keep all these things alive," she said to much applause. "You need to know that you are not alone. Europe is with you."

A liberal agenda against corruption and populism

Momentum hopes to go to Brussels with a liberal, pro-EU agenda. Katalin Cseh, the party's lead candidate, is tired of hearing the constant anti-EU attacks from Hungary's Prime Minister Viktor Orban. She has accused him and populist allies in Poland and Italy of seeking to tear apart the EU "that we built together." 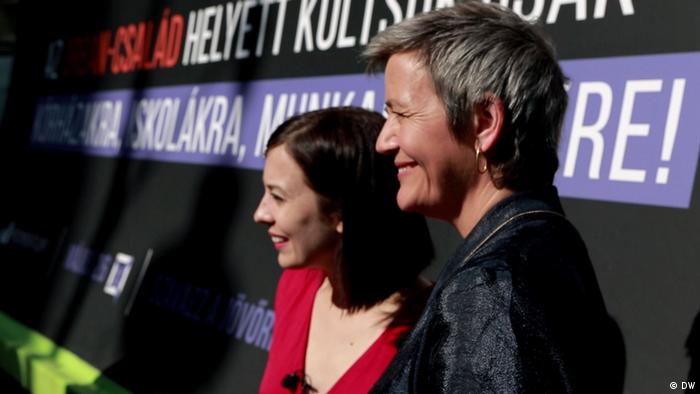 The 30-year-old doctor helped found Momentum two years ago because they didn't feel the existing parties represented them. The founders were looking to give themselves and other young Hungarians a voice.

Lacking that voice, many have used their feet instead. Over the past decade, half a million people have left Hungary to work or study elsewhere in the EU. That is about 5% of the population.

Cseh and fellow party members want to give this generation new prospects — with the help of the EU. EU money is meant for "hospitals, schools and jobs — and not for Orban's family," the party emphasizes in its campaign. Momentum has accused the Hungarian government of misusing public money, for example, by giving major projects to business allies of Orban and his Fidesz party. Transparency International ranks Hungary near the bottom of EU member states in its Corruption Perceptions Index.

Orban's right-wing populist party has been in power since 2010. Fidesz's absolute majority in parliament has allowed it to change electoral law in its favor and bring independent media under its control. Neither the party nor its youth wing were available for comment.

Hungary cannot readily be called a democracy anymore, said Bulcsu Hunyadi, a political scientist at the Political Capital policy organization. "We are somewhere between democracy and authoritarianism," he said. 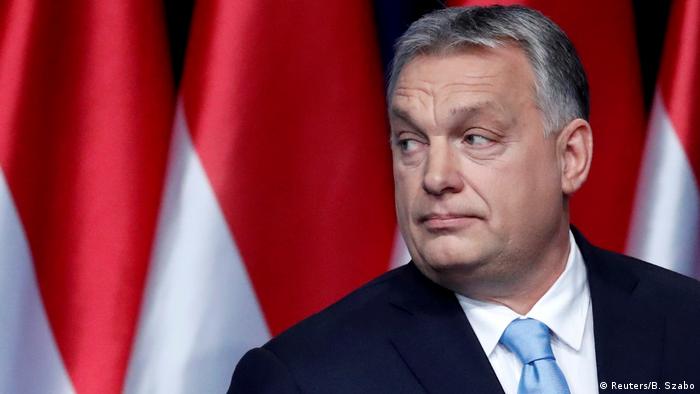 Viktor Orban has been in power since 2010

Many Hungarians are turned off by the political situation, he added, especially young people. "Momentum is currently the only party in opposition that represents young people with a liberal, pro-European stance."

Only the election will show how much help they will be. Fidesz seems poised for a major victory in European elections. Polls show them taking 18 of Hungary's 21 seats in the European Parliament.

Momentum's deputy chair, Anna Donath, won't let herself get discouraged. She's invested too much. For weeks, she has traveled Hungary. Going door-to-door is intense labor, but she feels it pays off when she's joined by hundreds of supporters walking through Budapest, an EU flag in her hand.

"Even if elections don't turn out as we hope, it doesn't mean that next time we can't be more successful, stronger or more motivated," she said. "If you don't succeed, you get up and try again."

Momentum failed to overcome the 5% barrier to enter parliament in last year's general election. They're hoping to mobilize the large number of still undecided young voters to allow the party to fulfill their dream of Europe.

Viktor Orban and Hungary's ruling Fidesz would prefer to remain in the European People’s Party. But the prime minister has a plan, should the nationalists be deemed too extreme after the European Parliament elections. (01.05.2019)