During a speech to ethnic Hungarians in Romania, Orban called for the advent of "Christian democracy." He defined this ideology as "anti-immigrant" and "anti-multicultural." 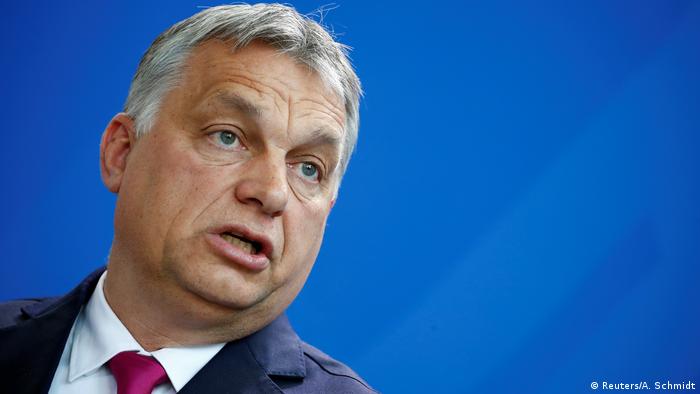 Hungarian Prime Minister Viktor Orban decried the "undemocratic" governments of Western Europe on Saturday, as he laid out his vision for the continent ahead of European elections next year. He also called on right-wing parties across the European Union to band together.

"There is liberalism in the West, there is no democracy," said Orban in a speech to ethnic Hungarians in Baile Tusnad, Romania.

Orban then called the European Commission a "symbol of failure."

"The European Commission is going, we are coming," he said.

The Commission has referred Orban's government to the European Court of Justice (ECJ) for controversial laws punishing those giving aid to migrants, as well as over allegations of unfair treatment of refugees in Hungarian transit centers.

Orban: Europe must be defended from immigration

He called on a new model for Europe based on "Christian democracy," which he said is "anti-immigrant, anti-multicultural and stands for the Christian family model."

"Europe's leaders are inadequate, they are unable to defend Europe from immigration."

Orban also called the EU's attitude towards Russia "primitive," and called for an end to sanctions against Moscow.

Hungary's prime minister said he would work to fight anti-Semitism during a meeting with Israeli Prime Minister Benjamin Netanyahu. Orban's policies and remarks have raised concerns among Hungary's Jewish community. (19.07.2018)

The French ambassador to Hungary, Eric Fournier, came under fire after the publication of pro-Orban comments. He has been replaced, although there is some confusion about the timeline. (02.07.2018)