Decade after neo-Nazi killings, Hungary hostile for Roma | Europe| News and current affairs from around the continent | DW | 22.02.2019 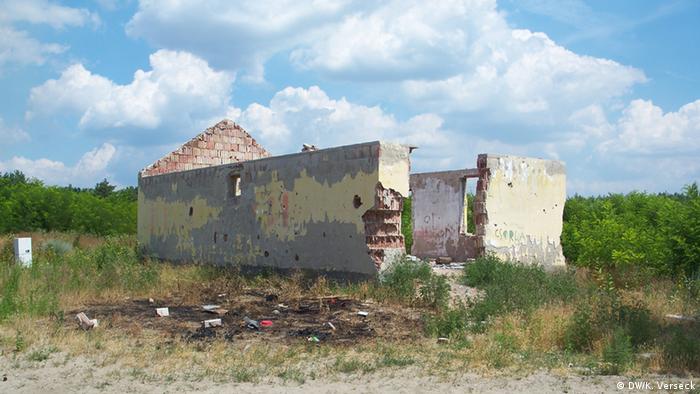 Tatarszentgyorgy is a village about 60 kilometers (35 miles) southeast of Budapest. It was here, on the night of February 23, 2009, that right-wing terrorists carried out one of the most brutal attacks in a crime spree that would later be known as the Roma serial killings. The murderers came at midnight. First they set fire to the house. When the parents tried to save their two children from the flames, they were fired at with shotguns. The father, Robert Csorba, and the 4-year-old son were killed. The daughter sustained serious injuries; the mother's were slightly more minor.

In 2008 and 2009, the murderers killed six people, all Roma, and injured another 55, almost all of them Roma, many of them seriously.

The murders in Tatarszentgyorgy occurred at the height of a wave of anti-Roma agitation in Hungary. Right-wing militias marched across the country demanding a "solution to the Gypsy question."

A decade later, the four convicted killers are serving life sentences in prison, and violent attacks on Roma are much rarer.

Prime Minister Viktor Orban considers this one of his government's greatest achievements. Government representatives say they have taken a hard line against right-wing extremism, and that they have made successful strides to "integrate" Roma into the broader Hungarian society. They consider a new workfare program for recipients of public support to be an important aspect of this. Under the system, community service is obligatory for recipients of public support; people who don't work as defined by the program lose their assistance.

Critics say the Orban administration has instrumentalized anti-Roma rhetoric to play to his supporters. On top of that, Roma have been systematically driven to the margins of Hungarian society by the government's regulatory measures. "Society has grown calmer because the government has taken steps to implement the crackdown on Gypsies that many Hungarians wanted to see," the Roma activist Aladar Horvath said.

When Hungary adopted a democratic system of governance in 1989, Horvath became the first Rom to enter parliament, representing the liberal Alliance of Free Democrats (SZDSZ). He said Orban's Fidesz party had worked to gain popularity with white voters by giving the perception that it was "creating order" for Roma.

Orban has indeed used troubling terms to refer to Roma. In July 2012, for example, he stood alongside representatives of the Roma community and announced major sociopolitical initiatives that he said would help the group. Roma would have to work for Hungary to have the necessary tax base to fund itself, Orban said. "One cannot live from crime," he added, invoking a common stereotype, "nor from welfare."

True inclusion has never existed for most of the 600,000 to 800,000 Hungarian Roma. Despite the government's claims that the workfare program provides a pathway to the labor market and more lucrative employment, Hungarian sociologists say it rarely works out that way.

Furthermore, the legal statutes attached allow municipal administrators to police poor people, which disproportionately affects Roma. A home deemed unhygienic can lead to an immediate loss of public assistance, and children who skip school can now be legally taken from their parents.

School segregation exists across much of Hungary. Whereas most children from poor or Roma families attend public schools, the children of more prosperous families attend private schools run by foundations that enjoy indirect government support.

New programs introduced by Orban's government contain measures that also discriminate against Roma. The prime minister recently put forth a comprehensive family support program that will provide parents with low-interest loans if they can prove three consecutive years of taxable income — something that is very difficult for many, perhaps most, Roma to do.

"Hungary's social policies do not take the poorest citizens into account, and most Roma are poor," said Jozsef Gulyas, a liberal former parliamentarian who runs a private initiative that has spent the past 10 years coordinating assistance for the victims of the 2009 attacks and the families of the people killed.

"The prospects for social inclusion are much more dire for poor Roma today than they were at the turn of the millennium," Gulyas said. "The situation that survivors of the Roma murders face is a reflection of that fact."

When asked whether the mayor or any other politicians had contacted her ahead f the 10th anniversary of the murders, Csorba replied simply "no."