As US troops crossed into Germany, General Eisenhower gave his men strict orders to stay away from the locals. But thousands struck up relations with German women, and many of them fathered children they never knew. 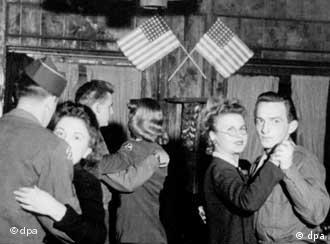 The official reason for the fraternization ban introduced in September 1944 was to punish German civilians, while maintaining the authority of the occupying forces and protecting them from the insidious force of Nazi propaganda.

In fact, it served another, more delicate purpose. After landing in Italy in 1943, the Allied armies had been badly weakened by the rapid spread of venereal disease brought about by the soldiers' contact with prostitutes.

American GIs were warned against encounters with local women. But it was to no avail -- in the chaos of the postwar years, GIs and German girls both needed each other.

In 1945, Christa Ronke was 16 years old and working at an officers' mess hall in southwestern Berlin. "The GIs had an eye for the girls!" she said. "At first they saw us all as Nazis, but they soon relaxed. And they seemed so well-off, so good-looking and casual -- and they stood for the whole American way of life. They were hard to resist!" 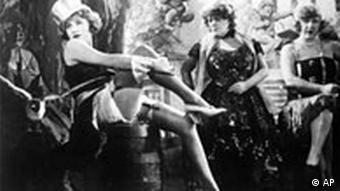 After six years of a war which had left their own men either dead or physically and psychologically traumatized, the US servicemen were an irresistible draw for Germany's lonely, starving women.

The men could get them corned beef and cigarettes -- and show them a good time. "They had chocolate and silk stockings," said Ronke. "There were no German men left, but then suddenly there were all these young Americans to go out dancing with. They weren't like the Russians, who were so scrawny and poor -- compared, to them, even we Germans had a lot. It was the girls with American boyfriends who were envied."

"But the men coming back from the war hated it," explained Ronke. To them, the German women were fraternizing with the enemy -- exchanging sex for material gain. Punishments could be harsh -- some women were publicly denounced as whores and traitors, others had their heads shaved, while some were even set on fire. But it was a fact of life in the immediate aftermath of the war.

"American soldiers together with German women was a common sight," said Ronke. "They were crazy times."

Three out of four GIs had sexual encounters overseas, and by late 1945, one in five German babies was born out of wedlock. By 1955, up to 67,700 illegitimate children had been fathered by US soldiers -- some 5,000 of whom were Afro-American.

The "occupation children" were a thorn in the side of Adenauer's Germany -- especially the high percentage of mixed-race children, many of whom were sent to the US for adoption in the ensuing years. Not least, they were a huge financial burden on the country. US soldiers were exempt from having to pay child support unless they acknowledged paternity, and taxpayers had to bear the costs of the nation's illegitimate children of GI fathers.

Life was hard for both the children and their abandoned mothers. Their lovers had made promises -- marriage, a new life in the States -- that were cruelly broken. Many belatedly found out their boyfriends had wives back home. Ostracized by society, these women and their children became the pariahs of postwar Germany.

Orphaned children in post-war Germany play during a break

A happy end for some

Not all of the women who fell in love with GIs suffered an unhappy end. After the US Congress lifted the fraternization ban and passed the War Brides Act in December 1945, GIs were free to marry their German sweethearts. And they did so in droves.

In 1949, some 13,000 marriages between German women and US servicemen took place. Between 1946 and 1949, approximately 20,000 German women immigrated to the States. The first batch of European war brides set sail for America aboard the "Argentina," a steamship specially fitted out with nurseries. It marked the start of the largest single influx of mothers and infants into the US in two centuries.

But domestic bliss it wasn't. Maria M. was 16 when she met her GI husband in Munich. After a long courtship, she immigrated to the US in 1948, but she never felt at home in Ohio. Her husband had no family, and she was left to fend for herself while he went to work everyday. The locals were far from welcoming. “They considered me the devil, I was known as the 'Nazi girl'," she said. "I was isolated, nobody talked to me. It was like solitary confinement."

Gina R., felt equally lonely in the States. When she left Germany in 1950, she couldn’t believe how little her new American family in Tulsa, Oklahoma, talked to one another. "They just sat in front of the television all the time!" she said. "I was never happy in the States because I felt so homesick, so after two years my husband and I moved back here."

The traces of World War II have faded but not disappeared for Germans. Many who were babies or children during the war are still suffering from the trauma they experienced 60 years ago. (April 13, 2005)