In the decades following World War II, an entire generation of occupation children grew up not knowing their fathers. To this day, there is no legal agreement between Germany and the US regarding paternity claims. 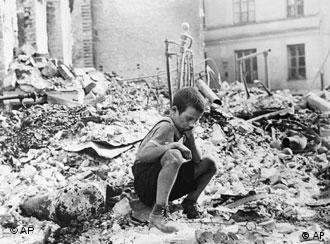 The real victims of fraternization between German women and American GIs were the thousands of illegitimate children born in the post-war years. Even 60 years after the end of the war, there exists no binding legal agreement between the US and Germany concerning the occupation children, even though American fathers theoretically owe the German mothers of their children child support worth millions.

For these children, however, the real loss is not knowing who their father was or having any contact to him or his family. As they grow older, many of the occupation children have begun to search for answers about their birth. Tracing the tentative lines of paternity back to the United States, is difficult and quite often frustrating, as Franz Anthoefer, born in 1951 experienced all too well..

Like many of the children fathered by occupying soldiers, Anthoefer grew up in an orphanage in Germany without knowing his father. "In Germany in the 1950s, if you were an unwed mother, the state usually took custody of your child," he explained. His father, an American stationed in Rastadt, had wanted to marry his mother. "But as soon as a serviceman got a woman pregnant, he would be transferred, and the army would refuse to pass on any information," he said. "If you kept asking, they would maintain they no longer had any records."

As a teenager, Anthoefer was determined to locate his father. "The American authorities deliberately gave me misleading information," he said. "They just gave me the runaround." In 1971, he got a visa to visit the US and finally tracked down his father. But it was too late. He discovered his father, the mayor of a small town in West Virginia, had died just weeks previously (photo). 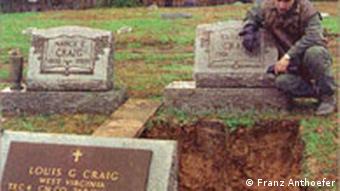 After collecting enough evidence to convince the German courts this man was indeed his father, Germany recognized the paternity claim, although the US didn't. Twenty years later, Anthoefer went to court and got permission to have his father's body exhumed for DNA testing. He had to wait three years for the result, and in the meantime, he was arrested as an illegal immigrant and deported. Today, he is still barred entry to the States, which means he cannot pursue his quest to prove his parentage.

"If I can prove I am my father's son, then I am an American citizen," he said. "It's the only connection I have to my father -- the inheritance of his nationality. I belong to nowhere, and all I want is American citizenship. That's all I want."

Karl-Heinz Kamann feels the same. Born in 1945, he grew up with his mother and her husband, after his GI father was transferred to Japan. He never understood why the neighborhood children jeered at him for being a "Yank" -- or why even his own family made him feel guilty, all the while "enjoying the food and presents they received from the American soldier" who'd stayed in touch with his mother. 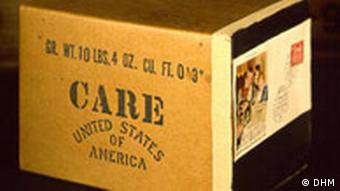 A standard care package sent by Americans to Germany in the post-war years contained food for 10 days.

Even so, he never met his father, and it was only after a recent cancer scare that he began thinking about the circumstances of his birth.

"I just want to know what my roots are," he said.

The traces of World War II have faded but not disappeared for Germans. Many who were babies or children during the war are still suffering from the trauma they experienced 60 years ago. (April 13, 2005)