Snow comes later, melts earlier, and is not nearly as deep as it was 30 years ago. EU scientists are racing to help winter tourism regions adapt to climate change — but is manmade snow the answer? 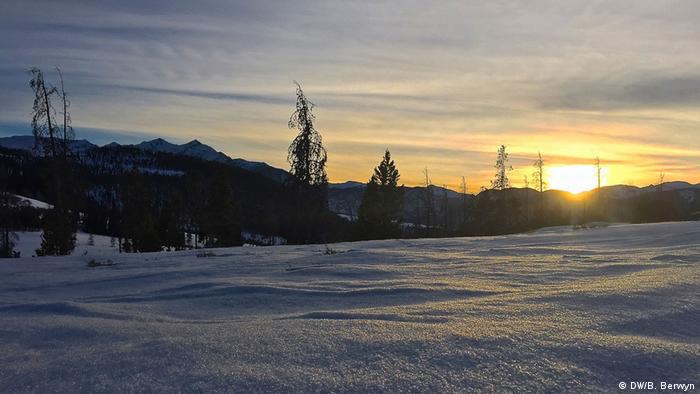 In the golden age of skiing during the 1960s and 1970s, snow was dependable at Lackenhof, which sits at 800 meters (2,624 feet) on the eastern edge of the Austrian Alps. But since the 2000s, it's unpredictable. Winter is retreating up the mountains.

Global warming has already shut down scores of European ski hills outside the high alpine zones. Lackenhof could be next.

"Last year, we had about 20 days, the year before, even fewer," mechanic Karl Oberreiter says, working on the control panel of a chairlift. "I don't think we've had a full season since the 1980s. There's a point where you can't do it anymore. After that, I don't know."

Oberreiter's concerns echo across the across the heart of the Alps in Austria and Switzerland like a mournful yodel.

Winters are 10 to 30 days shorter than during the 1960s. By 2100, there will be almost no snow below 1,200 meters — an average elevation for ski towns. The overall snow cover in the Alps will decline 70 percent, according to recent climate studies.

Preserving winter tourism and sports in the Alps beyond 2100 requires not just keeping global warming below 2 degrees Celsius, but the Paris Agreement's more ambitious — and many say, extremely unlikely — goal of 1.5 degrees.

Even if that were achieved, alpine winters are expected to grow ever-shorter, before potentially stabilizing toward the end of the century in a warmer and much less snowy state.

With the future of the ski and winter tourism industry at stake, a team of international scientists, partly funded by the European Union, launched the new ProSnow research project in November. 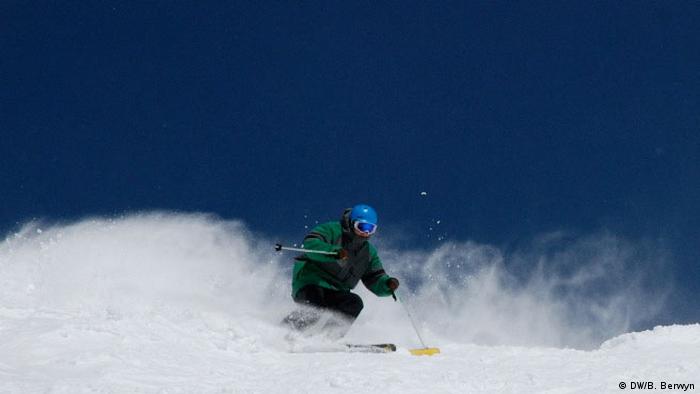 Winter tourism and sports in the Alps are at risk

It aims to make resort towns in the Alps more resilient to climate change by accurately forecasting seasonal snowfall and temperatures. Combined with long-term climate projections, this information is hoped to help alpine communities plan for the future — even making up for nature's shortfall with snowmaking and snow farming.

The sad truth for many towns and ski areas below 1,000 meters is, in the coming decades most of their white magic will come from the business end of industrial snowmaking machines.

Ski resorts around the world have already installed miles of water pipes and built reservoirs and pumps so they can make their own snow. Water is vaporized by thousands of high-pressure nozzles and freezes into a crystalline form that's almost like the real thing.

Ski area operators have become snow farmers. Before the season starts, they use the snow guns to make big piles of snow in strategic spots on the mountain. Later, snow grooming machines distribute and smooth it out.

Conservation organizations like the International Commission for the Protection of the Alps (CIPRA), have fiercely criticized snowmaking because of its energy consumption and disruption of ecosystems like tundra and streams.

And some sustainably oriented mountain resort communities have rejected it in favor of a "soft tourism" path that's supported by both the German and Austrian alpine clubs. 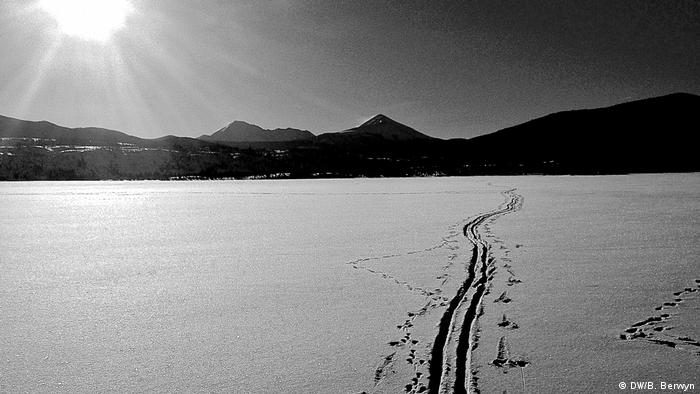 More and more, resorts are being forced to make snow to make up for the shortfall

But ProSnow project leader Samuel Morin says snowmaking is here to stay, because resorts know that natural snow will be even less reliable in the coming decades.

"Snow reacts immediately to climate change, and since the early 1990s, snow is no longer a certainty," Morin told DW. "The project was initially triggered by long-term climate concerns. And there is more variability now. The question is, to what extent can snowmaking and other technical measures counteract that?"

Close to Mammoth Mountain Ski Area, about 300 miles north of Los Angeles, skier Jamie Shectman is waiting for snow after a bone-dry fall. He says you can't take the ski industry in isolation. A summer of destructive hurricanes and wildfires shows that globally, climate change impacts are intensifying, threatening lives and food production. More snowmaking may not be the most appropriate response.

"There's a total disconnect between our sport and what's happening with climate change," Shectman told DW. "We know it's a high impact sport. From a karma perspective, the ski industry should be at the fore of the fight against global warming," he says.

Climate change is probably outpacing our technical capabilities to adapt, so slowing and stopping warming should be the priority. In just the past decade — the warmest in Earth's recorded history — the snow line rose between 1,200 and 1,500 feet in the northern Sierra Nevada.

"The storms are not pushing over the crest like they used to. They don't have the same intensity any more," Shectman says.

There are regional nuances to global warming impacts, and for some communities in the Alps, with access to renewable energy and high-elevation ski slopes, snowmaking could be an interim option to keep skiing alive.

That includes the five alpine towns in France, Italy, Switzerland Austria and Germany that are part of the ProSnow pilot project this winter. All are in the mid-elevation mountain belt most susceptible to global warming.

In Mayrhofen, Austria, at just 633 meters in the Tirolean Alps of Austria, winter snow cover has dwindled to nearly nothing over the past 30 years, and that pattern is widespread across Austria, Marc Olefs, a climate researcher with the with the Austrian Central Institute for Meteorology and Geodynamics (ZAMG) tells DW. 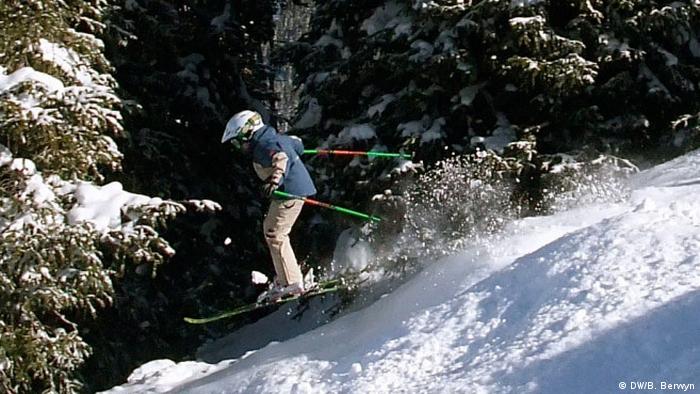 Skiers should be concerned, with snow becoming less reliable in many mountain areas

Austrian winters have shortened by 10 to 20 days since the 1950s, and maximum snow depth has declined at all elevations and nearly all regions of the mountainous country, with small localized exceptions, Olefs says.

He spreads a series of vivid maps on the table at his ZAMG office that clearly show how the biggest change to snow cover came in a big jump in the 1980s, when regional temperature increases surged to twice the global average.

The maps are from a recent study that analyzed weather data from 1950 to 2016. With 66 years of data, the researchers were able to sort the long-term changes caused by greenhouse gas pollution from natural year-to-year fluctuations in snow.

But their data also showed that, above 1,500 meters, winters may stay cold enough to maintain snow cover for at least a few more decades, especially if the world can start reducing heat-trapping pollution. The wide range of climate outcomes for 2100 and beyond show we need to take decisive action to protect the climate, Olefs says.

The uncertainty, paradoxically, is also what why proponents say energy-intensive snowmaking such an indispensable part of the winter ski and tourism industry — at least for the foreseeable future.

ProSnow team leader Morin says snowmaking is one of the main options for dealing with climate variability. He hopes the research will help optimize production of snow by giving resort managers specific information on when to make snow, and also, when adequate natural snow is forecast, to stop.

Can we save our lakes from global warming?

Lakes have been heating up around the world. Protecting streams, reducing pollution and creating sanctuaries for sensitive species could go a long way toward making lakes more resilient to climate change. (23.08.2017)

In the mountains, trees are racing uphill to escape the heat - and in Canada, invasive insects have already killed massive swaths of forest. Such changes will have significant consequences for communities and ecosystems. (04.05.2017)

Across the Alps, glaciers have lost half their volume since 1900. And there is no letting up: Melting has accelerated since 1980. Most Alpine glaciers will be gone by the end of this century, scientists say. (17.04.2017)

European Geosciences Union: How much can we save?

Snowmaking in the Alps' declining winter