Can we save our lakes from global warming? | Environment| All topics from climate change to conservation | DW | 23.08.2017

Can we save our lakes from global warming?

Lakes have been heating up around the world. Protecting streams, reducing pollution and creating sanctuaries for sensitive species could go a long way toward making lakes more resilient to climate change. 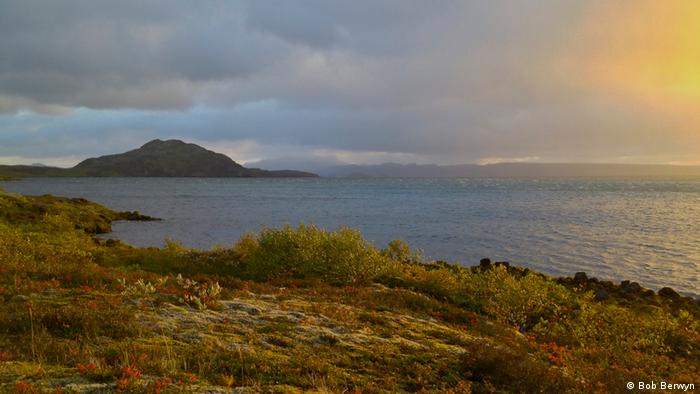 With wisps of morning fog drifting across the surface of the Irrsee, ecologist Harald Ficker lowers a thermometer into the deep blue water to measure the Earth's global warming fever. Since the 1970s, the water has warmed about 2 degrees Celsius (3.6 degrees Fahrenheit) - twice as fast as the global average.

Although that may be nice for early-season visitors to the popular swimming lake near Salzburg, it's not so good for fish. Global warming has been disrupting ecosystems here, and in lakes around the world. As temperatures continue to rise, that will affect fisheries, water supplies, farming, recreation and energy production - prompting scientists to consider how to make lakes more resilient to climate change.

Ficker monitors lakes for the Austrian environment ministry. As he takes readings at different depths, he describes the changes. In spring, the ice has been melting a month earlier than in 1975. With the ice gone, the top layer of water heats up.

Measurements show that the thick, buoyant layer prevents or delays the natural mixing of the lake, when cold, oxygen-rich surface layers sink to the depths. 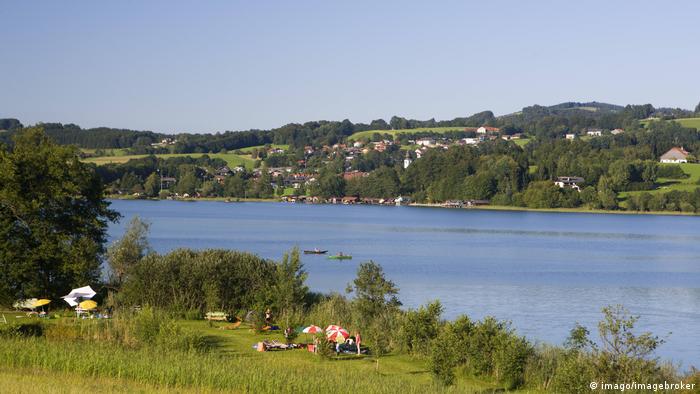 Austria's Irrsee is warming twice as fast as the global average - good news for bathers, bad news for fish

That, in turn, robs the deep water of oxygen - a phenomenon known as eutrophication - which is drastically changing habitat for fish, insects and algae.

"In the Irrsee, lake char have already disappeared because of that phenomenon," Ficker says. They are also being squeezed out of other lakes, he adds. "In the deeper areas, the oxygen content is staying very low - it's not suitable for fish anymore."

In one of Austria's coldest lakes near Lunz, scientists have also documented a decrease in numbers of trout and pike in a shift they attribute to global warming, and in Iceland, researchers are tracking unprecedented outbreaks of a fish-killing parasite, also tied to warmer lake temperatures.

The warming of the Irrsee is part of a clear European and global trend. In 2016, the world's lakes warmed to record levels - and a recent study in the journal "Climatic Change" highlights an abrupt climate regime shift in the 1980s that sent European lake temperatures soaring.

In hotter parts of the world, lakes are evaporating and becoming more salty.

To tackle the problem, the ultimate goal is to reduce global greenhouse gas emissions and limit global warming. But scientists are also seeking out ways to reduce the short-term impacts of the warming that has already occurred.

University of Reading limnologist Iestyn Woolway, who co-authored the study on European lakes, said the water bodies could adapt at least in part to gradual warming - but not to extreme changes. 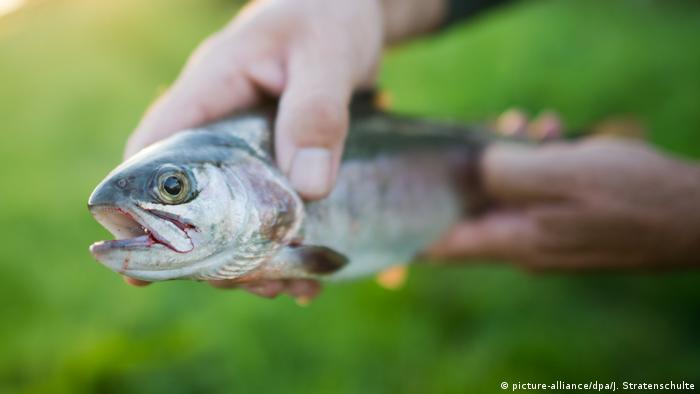 Trout are among the species hit hardest by warming waters

Lakes are anticipated to warm another 1 degree Celsius by 2050, and a total of 4 to 5 degrees Celsius by the end of the century.

Without big cuts greenhouse gas emissions, this amounts to an increase that would leave lakes unrecognizable.

If the goals of the Paris climate agreement are met, that warming could be limited to 2 to 3 degrees Celsius - which still leaves room for some adaptation.

Another concern: warmer lakes around the world release more greenhouse gases as biological activity speeds up with increasing temperatures. Altogether, the world's lakes store more carbon than all the oceans on the planet combined.

As the water heats up, more microbes become active, decomposing organic material on the lake bottom, which creates methane and carbon dioxide. So warming lakes amount to a feedback loop that can contribute to further climate change.

But for many medium and large lakes in Europe and North America, biological changes are the biggest threat, says Rita Adrian, head of ecosystem research at the Leibnitz Institute of Freshwater Ecology and Inland Fisheries in Berlin.

Nitrogen and phosphorus - from chemical fertilizers, feedlots and wastewater - are the "evil twins" of eutrophication. Since plants take up these substances as nutrients, more of them lead to algal blooms that suck oxygen out of the water. 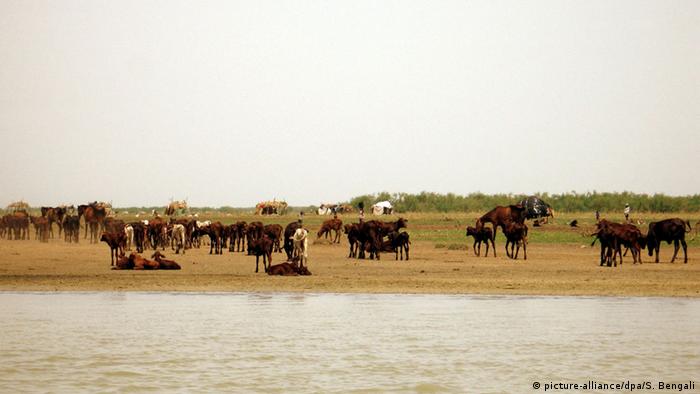 Lake Chad has shrunk to less than 2 percent its original size, fueling conflict in the region

Maintaining the status quo "won't be enough in a warming climate," she adds - systems must be improved.

Beyond taking oxygen from fish, the algae that thrive in warmer waters are also more likely produce to toxins that can harm animals - and in some cases, people.

"When they become extreme, harmful algae blooms can shut off water supplies. That's when people notice," she says.

Such blooms are starting earlier in spring and lasting longer into fall, Adrian notes. "More monitoring is needed - along with emergency response plans, to provide alternate drinking water for example."

Ficker agrees that limiting nutrients could help - but that this won't be enough on its own.

"Some cold-water fish are already moving to higher elevations looking for colder water," he points out, due to the speed of warming.

In the western United States, fish biologists have had some success in protecting endangered fish by connecting threatened habitat with areas that may provide a refuge from climate change.

Fricker said altering the shape of rivers flowing into lakes, and keeping them shaded by trees and bushes, could also cool the water.

At some point, hydropower operators may also be enlisted to manage their operations with ecological sustainability in mind. Cold water from high mountain reservoirs could potentially be shunted into lakes to cool them down.

The challenges are somewhat different at the Neusiedler See, a shallow steppe lake southeast of Vienna, where global warming has increased evaporation. A few years of droughts and heat waves could take a big toll by drying out its feeder streams, says Gregor Soja, a lake researcher with the Austrian Institute of Technology. 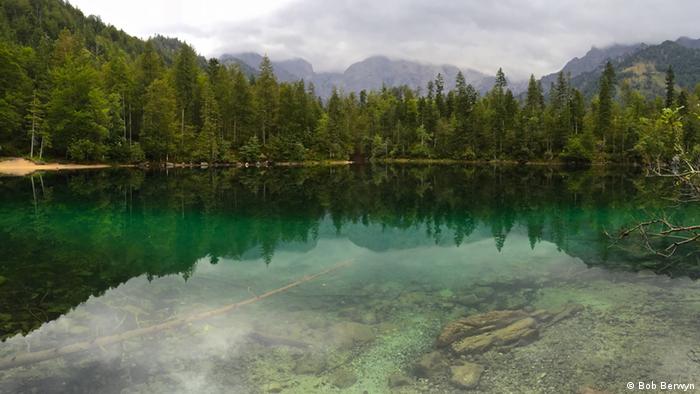 It's currently a fragile balance: Due to little water volume, nutrient content could change quickly. Extreme rainfall events have become more common, he points out, and could also do major harm.

Wastewater treatment plants in the lake's basin are not equipped to handle extreme floods - which could wash a big load of pollution into the lake all at once, resulting in a massive algae bloom and fish die-off that would hurt the tourism economy of lakeside towns.

"There have been plans to prepare for the worst by transferring water from the Danube - but that would lead to a whole new set of impacts because the water is so different."

So measures to protect one particular ecosystem have a ripple effect on others - an ongoing dilemma facing those trying to find ways to adapt to a rapidly warming planet.