Three top executives at the German gun maker Sig Sauer will have to pay heavy fines for their role in unlawful weapons sales to Colombia. The transactions violated the company's export license. 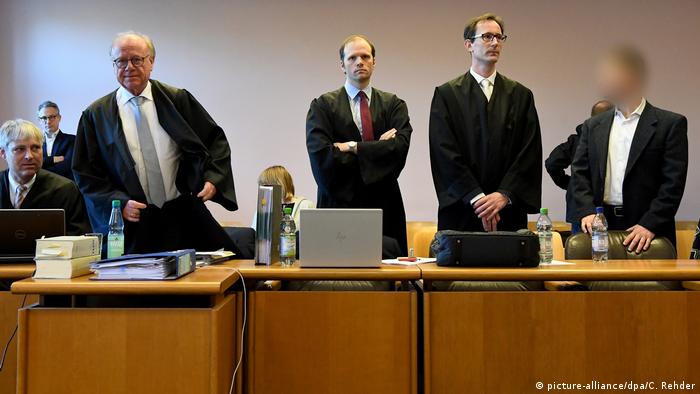 The verdict came after the three men agreed to give extensive confessions and pay hefty fines, an official at the regional court in Kiel told the Associated Press.

Sig Sauer was accused of exporting more than 38,000 semi-automatic pistols to its US sister company, Sig Sauer Inc., between 2009 and 2011 that were subsequently forwarded to the Colombian National Guard.

The $16 million (€11 million) sale violated the company's German export license, which banned arms sales to Colombia due to an ongoing civil war.

A manager at the New Hampshire-based Sig Sauer Inc. received an 18-month suspended prison sentence and will pay a penalty of €600,000.

According to German news agency DPA, the manager's lawyer said his client knew that the SP 2022 pistols would go to Colombia, but did not think it was illegal because the sale was part of a contract between Washington and Bogota.

A former Sig Sauer manager received the same financial penalty as Cohen and a suspended sentence of 10 months.

The court ordered the third defendant, a former Sig Sauer executive, to pay €60,000 and handed him a suspended sentence of 10 months. He is the only one of the three men who no longer works at Sig Sauer.

In February, two former employees at another German gun maker, Heckler & Koch, were given suspended sentences for helping deliver thousands of firearms to troubled areas of Mexico. The company has also had to pay back the profits it made from the sales, totaling about €3.7 million.