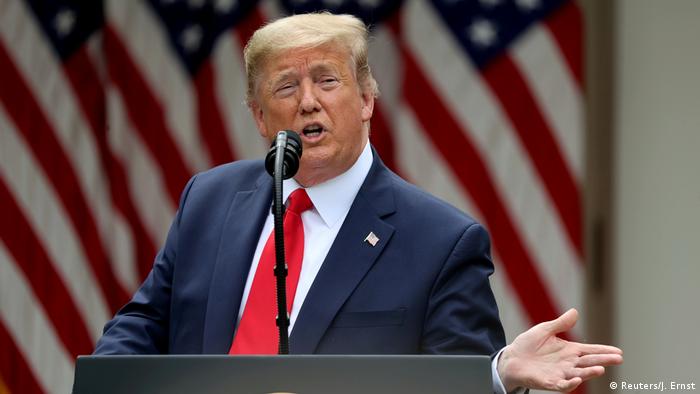 The protest movement in Hong Kong is disillusioned. Not only because authorities have banned the traditional Tiananmen commemoration demonstration on June 4, allegedly because of the coronavirus situation, but also because US President Donald Trump remained very vague last Friday despite his much-heralded "powerful response" to Beijing's new security law for Hong Kong. It seemed the short-term effect for his voters was more important to him than supporting the Hong Kong protest movement.

In fact, he did not even mention the movement's long-standing fight for more liberties, choosing instead to denounce China's unfair economic practices and blaming Beijing for US coronavirus deaths in the few minutes that he spoke. He said he wanted to "start the process" that would "end the full range of agreements" between America and Hong Kong, adding he wanted to make "a few exceptions."

But Trump must be careful when enacting punitive measures against China because they could quickly harm the US, too. For instance, Trump said the "practices" of Chinese companies listed in the US will be investigated in order to exclude them from US stock markets if necessary. While this would severely limit the ability of Chinese companies to raise money selling shares in the US, his actions would ultimately weaken the New York Stock Exchange (NYSE), while strengthening the Hong Kong Stock Exchange (HKEX).

With Hong Kong still being the most important financial center in Asia that is where companies would have to go to do business. Still, Wall Street will know how to prevent such a move.

Trump also threatened to reduce the number of Chinese students in the US, saying China's military allegedly misuses them for industrial and research espionage. China's students, for many years the largest group of foreign students in the US, will now think twice before heading to American universities in the face of such threats.

On the one hand, this means they will be shut out of one of the best education systems in the world, but, on the other hand, their absence also weakens American elite universities that benefit from the tuition fees of wealthy Chinese students — students who also enhance US universities' scientific reputations. If they stay away permanently, brain drain is a given, in particular in already battered Silicon Valley. Hong Kong's neighboring city Shenzhen, considered to be the new Silicon Valley, would stand to directly benefit from such a policy. 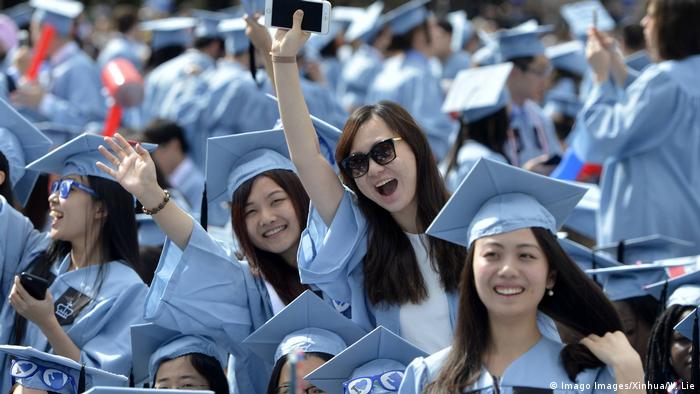 In his speech, Trump also reiterated America's withdrawal from the World Health Organization (WHO) claiming it is a "puppet of China." However, withdrawal is not that simple because WHO contributions are approved by the US Congress and not the president. In the long term, however, a WHO without the USA would bind poorer countries in Africa and Asia even more closely to China and make Taiwan's observer status in the health organization even less likely.

Trump knows Beijing is fighting back. Earlier this week, the Chinese government ordered large importers to stop buying agricultural products in the US. American farmers, many of them Trump voters, will immediately feel the impact as they will be unable to sell their goods.

That is why Trump needs an intact trade deal with China for his re-election. And that is exactly why he did not mention the phase-one trade agreement between China and the US in his speech, despite repeated threats over the past few weeks to scrap it if China did not come to heel.

All of this shows that Trump's political decisions are not about freedom of movement in Hong Kong, but primarily about US domestic policy. He wants to present his base with the image of himself as a tough guy who resolutely opposes China — albeit while attempting to do so without actually stepping on China's toes. 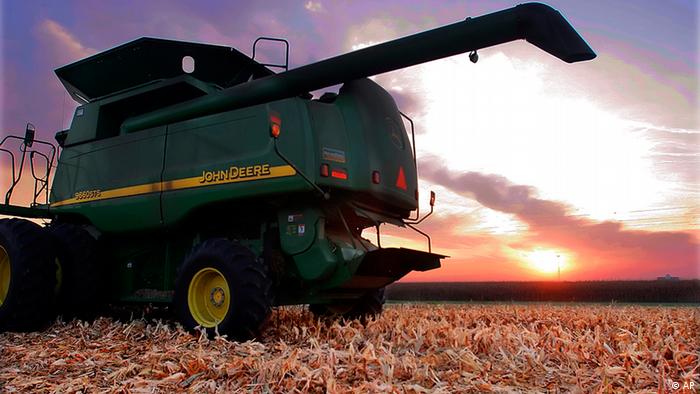 Most US farmers are die-hard Trump voters, but his policies may come back to bite them

Not a credible partner

To make matters worse, Trump's uncompromising, authoritarian stance towards the Black Lives Matter protests in the US makes him a less credible partner to the Hong Kong protest movement than ever before. His choice of words has been strikingly similar to those of Chinese state media during the fierce protests in Hong Kong last year. Trump threatened to deploy "thousands and thousands" of soldiers to control "chaos" and "anarchy," he spoke of "thugs" and "terrorists" — terms Beijing used to stir up public opinion against the protests in Hong Kong last year.

This is not encouraging for the Hong Kong protest movement. At the same time, the clock is running out: Now that the city has been in a state of emergency for a year due to the protests and the coronavirus pandemic, many entrepreneurs have reached the end of their rope.

Unemployment is now on the rise, and many Hong Kong residents worry Trump is weakening Hong Kong as a business location without actually helping the protest movement.