Sidestepping the coronavirus: The Pulitzer Prizes 2020 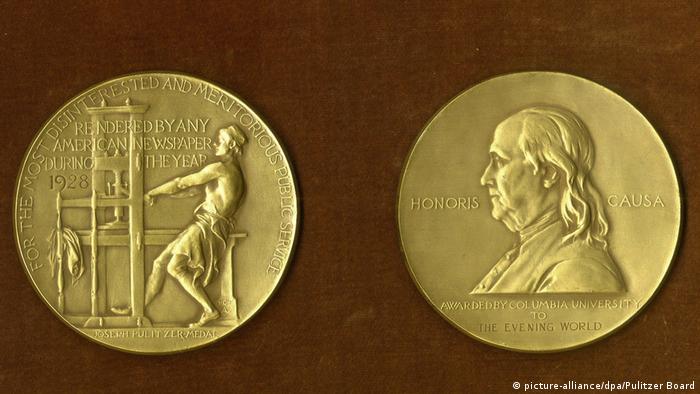 Originally set for April 20, the announcement of the Pulitzer winners was delayed for two weeks because of the virus's impact on the worldwide media. But would pandemic reports be a central theme of this year's winners of the prestigious award for achievements in journalism, literature and musical composition?

With the worldwide coronavirus pandemic currently determining journalistic output and every other field of creativity, the Pulitzer-winning stories, revealed on May 4, seemed like a distant memory of a world nearly forgotten:

One-third of Alaska's small rural communities has no police protection in a region where domestic violence is rampant. The mayor of the US city of Baltimore, Maryland maintains a lucrative financial relationship with a local hospital over which she has oversight.

Taxi drivers in New York are coerced into buying permits that drive them to the edge of ruin. Climate change is scientifically proven. The flawed design of the Boeing 737 Max not only led to two fatal crashes but also reveals inadequate government oversight.

A commentary to a collection of stories relating American history from the perspective of slaves and their descendants has the core message that the USA's founding myth of the equality of man was just that: a myth.

Striking feature photography allowed the world to visualize the revocation of autonomy in Kashmir, the refugee crisis in Myanmar and Bangladesh as well as the pro-civil liberty protests in Hong Kong. 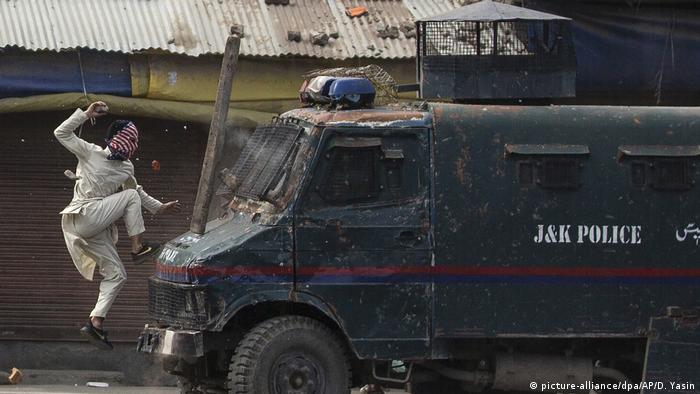 And in the US, political cartoons make it gently clear that the President Donald Trump has completely subordinated the Republican party to his will and whims.

But what about COVID-19?

No, not a single coronavirus-related story was to be counted among the winners or nominees.

The essential role that the media currently play during the crisis, not only reporting on it but occupying an unprecedented importance in the everyday life of entire stay-at-home populations, even helping to prevent the breakdown of public order, will most certainly be put in the spotlight next year.

Like most sectors of public and private life in the US, the Pulitzer Prize committee, consisting of 18 journalists, editors, publishers and academics, seems to be in crisis mode too. The deadline for drama and music entries had been on December 31, 2019 — pre-pandemic — and the journalistic entries predated the crisis as well. 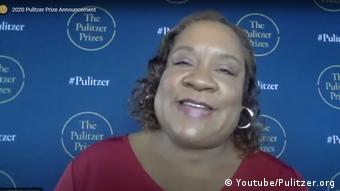 The traditional awards ceremony at New York's Columbia University followed by a luncheon was called off. Instead, Pulitzer administrator Dana Canedy read out the list of winners in a brief livestream from her living room, relayed to pulitzer.org and YouTube.

Considered the United States' — and although only US media and journalists are eligible, some say, the world's — most respected prizes in journalism, the 104th Pulitzer Prizes were true to the cast set by their founder, the publisher Joseph Pulitzer, whose newspapers, the St. Louis Post-Dispatch and the New York World, focused mainly on corruption.

Recalling in her opening remarks that the first Pulitzer Prizes were awarded in 1917, only months before the outbreak of the Spanish flu pandemic, Canedy said, "During this season of unprecedented uncertainty, one thing we know for sure is that journalism never stops." Amidst the current pandemic, she paid tribute to the essential role of journalists, who, like other first responders, "run towards the fire, keep us safe and protect democracy." The arts, she added, are also essential in times of crisis, "inspiring solace in a poem or providing comfort and joy in a theatrical performance."

With 15 prizes awarded in various journalistic categories and seven in Arts & Letters categories, this year's awards marked a milestone.

For only the fourth time in Pulitzer history, an author has taken a prize twice: For Colson Whitehead, The Nickel Boys marked his second win after The Underground Railroad three years ago. Based on a real story, the new book explores abuse at a reform school in Jim Crow-era Florida. Indicating a strong international interest in the author, the new book appeared in translation in Germany even before the original was published. 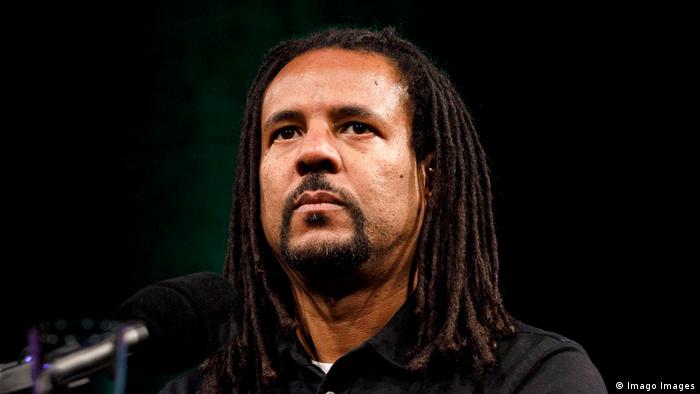 It is a fictional work, but with a strong political message, as are most of this year's winners even in the non-journalistic fields.

The winner in Music, The Central Park Five, is an opera by Anthony Davis about five African American and Latino teenagers in the 1980s who were unjustly convicted of a rape in New York's Central Park, imprisoned and later acquitted. It's a story that strikes a sensitive chord even today. The composer of eight operas, Davis himself has suggested that the story marked the beginning of the political career of Donald Trump, who after the arrest in 1989, took out full-page newspaper advertisements calling for the reinstatement of the death penalty. Even after the acquittal, Trump declined to apologize.

A personal story placed in a historical context, The Undying: A Meditation on Modern Illness by Anne Boyer took top honors in the General Nonfiction division. Diagnosed with breast cancer, the author tells her story of survival, exploring the experience of illness in a context both ancient and modern.

Another winner in General Nonfiction, The End of the Myth by Greg Grandin, explores the concept of borders in the US, a country that has traditionally espoused limitless ambition and ever-expanding frontiers. The ideological shift, says Grandin, is symbolized by its most striking new image: the border wall between the US and Mexico. Grandin explains the rise of populist nationalism in the light of America's failed military enterprises in the Middle East.

Honored in the Poetry division was Jericho Brown's third collection, The Tradition, lauded by The Los Angeles Review of Books as "at turns tender and vulnerable, severe and riveting." 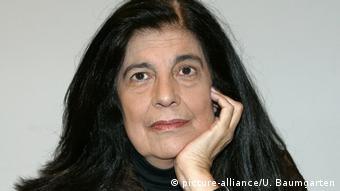 She made thinking exciting: Susan Sontag

Also among the prize winners is Sontag: Her Life and Work, Benjamin Moser's new biography of Susan Sontag, the philosopher who "made thinking exciting," as the New York Times headlined their review of the book.

Sweet Taste of Liberty by W. Caleb McDaniel was distinguished in the category of History, telling the story of a slave who was freed, later re-sold into bondage, then lived as a slave through the Civil War, sued her betrayer in 1870 and after eight years of litigation, won her case. 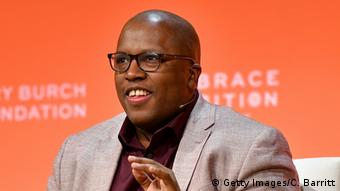 A Strange Loop by Michael R. Jackson (no relation to the late singer) took the prize in the field of Drama. Jackson's "metafictional musical" tracks the creative process of an artist who deals with balancing his creative career with a day job and sexual orientation issues.

A special citation was awarded posthumously to Ida B. Wells (1862-1931), a journalist and early leader in the civil rights movement "for her outstanding and courageous reporting on the horrific and vicious violence against African Americans during the era of lynching." Past recipients of special citations include Aretha Franklin (2019), Hank Williams (2010) and Bob Dylan (2008).

Everything is political in today's America

Hundreds of books, essays and countless journalistic features and exposes have been honored in the century-plus history of the Pulitzer Prizes. The prize's founder Joseph Pulitzer, the newspaper magnate who died at age 47, bequeathed his fortune to found the Columbia School of Journalism and the Pulitzer Prize.

Read more: The truth will out: the Pulitzer Prize in the Trump era

A truth-crusader and a muckraker who used every tool of journalistic sensationalism, Pulitzer had excelled both at serious reporting and fake news. Aware of the ever-evolving state of publication work, Pulitzer specified that the awards and their categories were to be flexible.

This year a new category, Audio Reporting, acknowledges the importance of podcasts in the current media scene. The first-ever award went to the staff of the public radio program This American Life, now a podcast, for "The Out Crowd," a piece of intimate journalism illuminating the impact on individuals of the Trump Administration's "Remain in Mexico" policy. 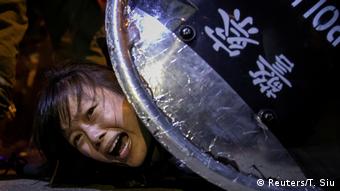 Not long ago the protests in Hong Kong dominated the news, but they too were dispelled by the virus

Mirroring the nearly complete politicization of contemporary life in the United States, there seemed to be a political dimension to nearly every prize winner in the Pulitzers' 104th season. That wasn't always the case, at least not ostensibly: The New York Public Library's most often checked-out books include past Pulitzer winners The Cat in the Hat (Doctor Seuss), To Kill a Mockingbird (Harper Lee), Charlotte's Web (E.B. White), and Fahrenheit 451 (Ray Bradbury). But there are political dimensions to these works too, as well as in the songs of the most-often-Googled Pulitzer Prize winner ever, the rapper Kendrick Lamar, who took a prize in 2018.

Notably missing from this year's lineup was reporting on the nearly daily outrages of Donald Trump's presidency, who, it should be remembered, was impeached only months ago. It might be possible to see a political twist even here however: Ignoring this US President, whose foremost aim seems to be to dominate every new day's news cycle and who has vilified nearly the complete journalistic establishment as "fake news," could be taken as the biggest imaginable rejection of his methodology. Ironically though, essentially writing off the administration and its political base of perhaps 60 million supporters may only confirm right-wing biases about the "liberal establishment."

A posthumous award for the pioneering feminist and civil rights activist Ida B. Wells, with the award money to go to causes she championed

While reports and reflections on the coronavirus pandemic will doubtless turn up among the 2021 Pulitzer Prizes, the Pulitzer Prizes have provided an essential service even by excluding the pandemic from this year field of contenders: reminding the public that behind the all-pervasive crisis, another world exists.

Much of the prize winning work, particularly the journalistic entries, can be read at Pulitzer.org.

A local US newspaper has won a special Pulitzer for its "courageous response" after a gunman opened fire in its newsroom and killed five journalists. Prizes also recognized investigations of Donald Trump and his family. (16.04.2019)

The two reporters were arrested in Myanmar in late 2017. Wa Lone and Kyaw Soe Oo won the 2019 Pulitzer Prize for their coverage of the military crackdown on Rohingya Muslims. (07.05.2019)