Hong Kong activist Martin Lee: 'I know justice is on my side'

Prominent Hong Kong politician and democracy advocate Martin Lee was among 15 pro-democracy activists arrested on Saturday. He told DW the international community has a "moral responsibility" to support Hong Kong. 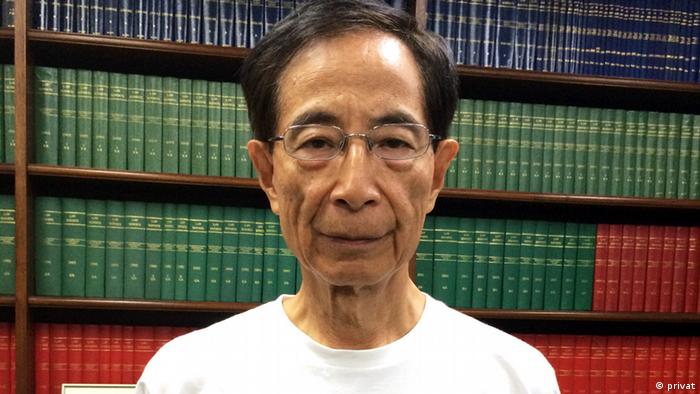 DW: You are possibly going to face some legal action. How do you assess the situation moving forward?

Martin Lee: I'd rather be charged together with my colleagues rather than be left alone. I have been doing this for so many years through peaceful means and by holding them [authorities] to their own agreements. However, it has not worked. So, I can't complain about these young people trying another way, although I'm against using violence.

If the Hong Kong government wants to charge me, I will face the consequences. I will never resort to violence. If the court finds me guilty, I will go to prison. I know justice is on my side. There wouldn't be any necessity of any movement of this kind if China had honored her agreement made with the British government.

Why is there an "obligation" of the international community toward Hong Kong?

There was a lot of international support for the 1984 joint declaration between Great Britain and China that allowed for the British handover of Hong Kong, Kowloon and the New Territories back to China on July 1, 1997, in return for China's promise not to rule Hong Kong directly from Beijing and instead govern it under the "One Country, Two Systems" framework.

But in June 2014, China's State Council issued a white paper in seven different languages saying that the central government in Beijing had comprehensive jurisdiction over Hong Kong and Macau.

This completely changed Deng Xiaoping's agreement. How could the British government allow them to do that? The agreement was also supported by other countries, and these governments are under moral obligation to speak up for Hong Kong people, particularly our young people.

The protest movement against the extradition bill last year was one of the biggest anti-government movements in Hong Kong's history. How does the 2019 movement compare with those in the past? 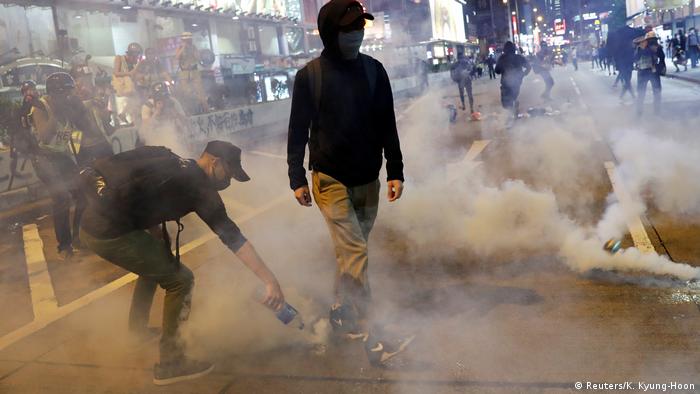 'I certainly hope from now on, the protesters will stop using violence, because it doesn't do our cause for democracy any good'

The student leaders I talked to understand the situation facing my generation, but I can still understand their frustration. Beijing didn't carry out its promises. If they had allowed us to develop democracy without any interference, the students would have been very happy with us.

However, Beijing chose not to honor the most basic condition of this agreement. There is no democracy and they also want to control Hong Kong's administration. How can Beijing blame Hong Kong's younger generation?

If I were a teenager or a student, I might have joined the movement. I don't blame the younger generation for complaining about us, but I always tell them that you can't win with violence. We only have moral values and we have reason. We must take the moral high ground by using love and peace. We can't win by using violence.

I believe many young people don't want to use violence. Nobody can control the whole movement as it's made up of many tiny groups. I'm convinced now that the majority of them don't want violence. I certainly hope from now on, the protesters will stop using violence, because it doesn't do our cause for democracy any good. It would only give the Chinese government a reason to call us terrorists. We will also lose understanding and support from the international community.

Martin Lee is a Hong Kong politician and lawyer who was part of the group that helped to draft the city's mini-constitution known as Basic Law.

The region's chief executive says the 'one country, two systems' arrangement could continue if the city shows loyalty to Beijing. Pro-democracy demonstrations in Hong Kong have been ongoing for over six months. (16.01.2020)

Hong Kong protesters face off with police despite coronavirus fears

Police fired tear gas and pepper spray to disperse the demonstrators. They were gathering to commemorate the six-month anniversary of violent clashes at Prince Edward subway station, which left several injured. (29.02.2020)