Sixteen rescue workers responded to the incident triggered by a man urinating off a Berlin bridge onto a tour boat. Police have filed assault charges against the unknown man. 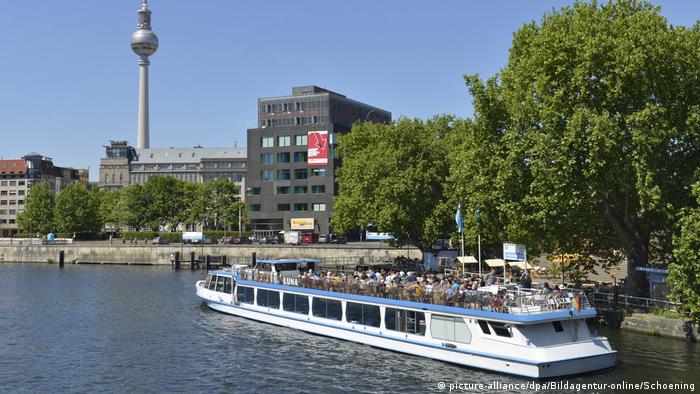 Several people were injured in the German capital on Friday evening when a man urinated off a bridge onto a tour boat, the Berlin Fire Department said.

The sprinkle of urine from overhead caused a commotion on the boat as it passed under the low-clearance Jannowitz Bridge in Berlin-Mitte.

Several people jumped up and were injured on the head as the boat passed under the 4-meter-high (12-foot) bridge spanning the Spree River, the Fire Department said.

Read more: Man beaten to death after urinating behind a church in Freiburg

Four people were taken by ambulance to the hospital for lacerations to the head.

Police filed assault charges against the man and described his actions as "abnormal behavior." They are currently searching for his whereabouts.

The city of Ulm is desperate to solve the problem of men urinating on its famous church. Authorities have so far been unable to stop a stream of individuals relieving themselves on the slowly eroding sandstone structure. (23.10.2016)