Serbo-Croatian rivalry fueling arms race in the Balkans | Europe | News and current affairs from around the continent | DW | 15.01.2016

People are talking about an arms race in the Balkans. Croatia would like to buy US artillery systems, while Serbia has put Russian missile defense systems on its wish list. How serious is this geopolitical rivalry? 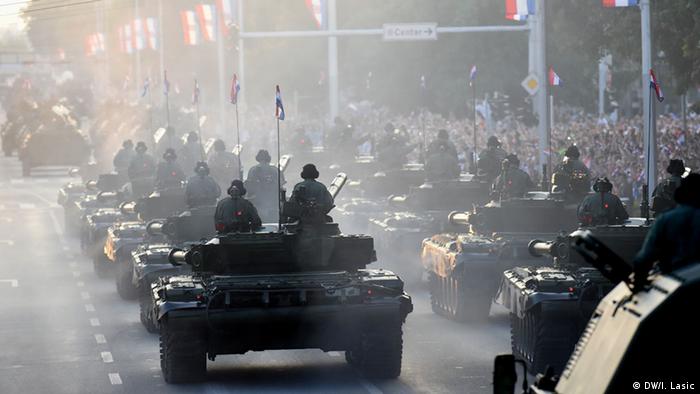 A battle of abbreviations is now "in": M270 MLRS against S-300. It may sound like the latest episode of "Star Wars" but the weapon names actually characterize the ongoing rivalry that has never been laid to rest between Croatia and Serbia. In mid-October last year, the Croatian defense ministry wanted to procure 16 mobile artillery systems from the American military, which would not be unusual – after all, the Pentagon regularly bestows its NATO partners with military equipment. According to media sources, Croatia would, nonetheless, like to order ballistic missiles with a range of 300 km. "They are powerful weapons that completely change the military balance in the region," boasts "Jutarnji list," the widely read Croatian newspaper.

Serbia feels like it is being addressed. Croatia is surely not buying weapons to exhibit them in a museum, remarked the Serbian Prime Minister, Aleksander Vucic. The neighboring nation could theoretically use the American launch pads to strike any place in central Serbia. 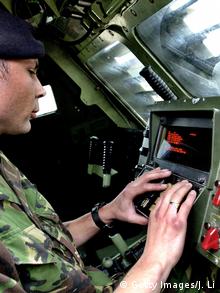 A soldier at the controls of the US M270 missile launcher

"But we will not be an easy target," said Vucic at the beginning of the week after a meeting with Russian Deputy Prime Minister, Dimitri Rogosin. The high-ranking Russian politician suggested the Russian missile defense system S-300 as a suitable defense solution for his host. In front of running cameras, Rogosin handed the Serbian prime minister a model of the S-300.

Ever since the NATO air strikes against Serbia in 1999, this weapon has enjoyed an almost mythical reputation: according to popular belief in Serbia, everything would have been different had Russia delivered the defense system to the Serbian army then.

The so-called arms race between the former war opponents Croatia and Serbia is farcical, says Ljubodrag Stojadinovic, a military analyst for "Politika", a daily Belgrade-based newspaper. "Verbal projectiles are being fired, although the possibility of a real armed conflict is fairly low. This is mainly a sort of psychological Balkan war," Stojadinovic told DW.

A Zagreb expert on war sociology, Ozren Zunec, shares this view, as neither Croatia nor Serbia have political, economic, ethnic, or any other reasons to worsen mutual relations. "The possible weapon deals are, in part, artificially blown out of proportion by the media. But, there are a few politicians who feel like they can use this to their advantage," warns Zunec in an interview with DW. 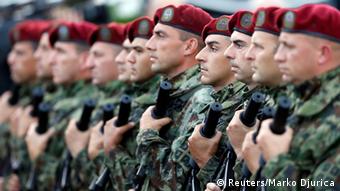 In both countries, rants against the neighbor have become a tried and true political tactic to secure the votes of the nationalist portion of the electorate.

Recently, Serbian Foreign Minister Ivica Dacic contributed to the antagonism by saying: "We respect you Croats as neighbors, but we do not love you. We love you as much as we love Papua New Guinea."

It didn't take long for the other side to respond. Croatian Defense Minister Ante Kotromanovic recalled that the Serbian foreign minister and Prime Minister Vucic had advocated and even applauded the war in the nineties. "Serbia thinks it is able to join the EU and continue to cooperate with Russia? Fat chance!" said the Croatian minister.

Show of strength between the USA and Russia?

Many observers see tragi-comic elements in the newly sparked dispute: Two bitterly poor Balkan countries are bragging about high-tech weapons built by international superpowers, even though it is not certain that the weapons will even be delivered. 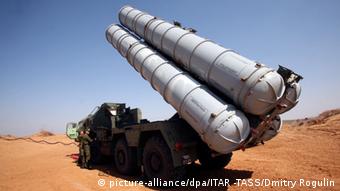 Croatian political scientist Tomislav Jakic does not find the situation at all amusing, as he detects a background of geostrategic jostling between the USA and Russia. "It harms Croatia, Serbia and the entire region. The players in each state who are initiating this race should be aware of the consequences," Jakic told DW.

Security experts do not rule out the possibility of the US actually arming Croatia as a tactic to motivate NATO skeptic and pro-Russian Serbia to reconsider Euro-Atlantic integration. Right now, Serbia and Bosnia-Herzegovina are the only holes in NATO's cloak over the Balkans: all other countries in the region have been members for a long time or are in the process of becoming members. Ernst Reichel, an expert for southeastern Europe at the German foreign ministry, told DW that the West has confidence in the appeal of Euro-Atlantic integration in the Balkans. Russia "is not a key issue in Balkan policy," he said. The commotion over Croatian arms purchases will pass relatively quickly," says Reichel. It seems like the western Balkans will always have a penchant for political drama.

Other experts in Croatia and Serbia do not have any illusions about expecting an end to the constant squabbles between the two countries, even if the arms race is halted. There are plenty of recurring themes that have been heard in the past 20 years, like disputes on the interpretation of the war in Yugoslavia, the fate of missing persons, or the still controversial border along the Danube River. And local media outlets are just waiting for fodder.

The Balkans were again at the center of European politics in 2015. The countries of southern Europe are playing a key role in dealing with the refugee crisis. (21.12.2015)