Under US brokerage, leaders from Serbia and Kosovo signed a deal to normalize economic ties in what Donald Trump has praised as a "truly historic" move. Serbia also agreed to relocate its embassy in Israel to Jerusalem. 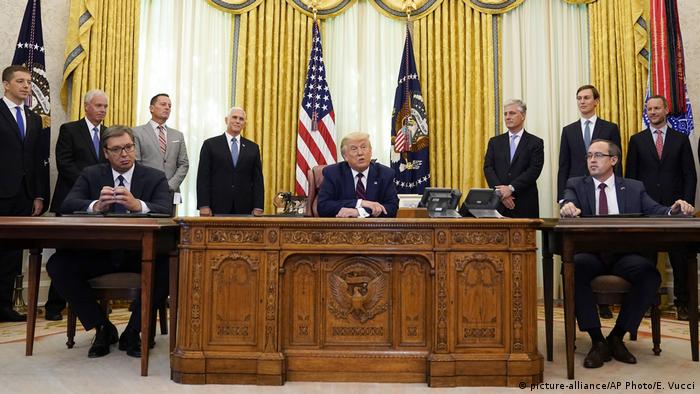 Serbian President Aleksander Vucic and Kosovo Prime Minister Avdullah Hoti signed the pact in the White House — voicing optimism about the deal, but while noting that differences remain.

"By focusing on job creation and economic growth, the two countries were able to reach a real breakthrough on economic cooperation across a broad range of issues," Trump said, flanked by the two Balkan leaders.

The details of the deal have not yet been released, but it is expected to be limited to easing some commerce measures and opening up road, rail and air ties between the two countries.

Although Trump praised Friday's deal as a "truly historic day," Serbia made clear during the talks that it would not go so far as to recognize Kosovo as a fully-fledged state.

Both countries also agreed to halt talks on normalizing political ties for a year to allow the economic agreement to roll out.

Situation 'could 'actually get worse in Kosovo'

The Trump administration's mediating team — headed by Richard Grenell, the former US Ambassador to Germany — said they hope improved economic ties will lead to an improvement in overall relations between the two.

Analysts voiced skepticism over who effective the economic deal will be without addressing the elephant in the room — formal recognition of Kosovo.

"Until you do that, you're not going to have much economic progress either," Edward P. Joseph, the former Deputy Head of the OSCE Mission in Kosovo, told DW.

Joseph, a professor at the Johns Hopkins School of Advanced International Studies, noted that the deal also doesn't address how "mismatched" the two countries' economies are.

"Kosovo is much smaller. It runs the highest trade deficit in the region. What that means is if you then take down all the trade barriers, who benefits? Serbia, the stronger country. And the trade deficit could actually get worse in Kosovo," he said.

Serbia has refused to recognize Kosovo's unilateral declaration of independence since the province broke away in the 1998-99 conflictthat led to a NATO bombing campaign against Serb troops. 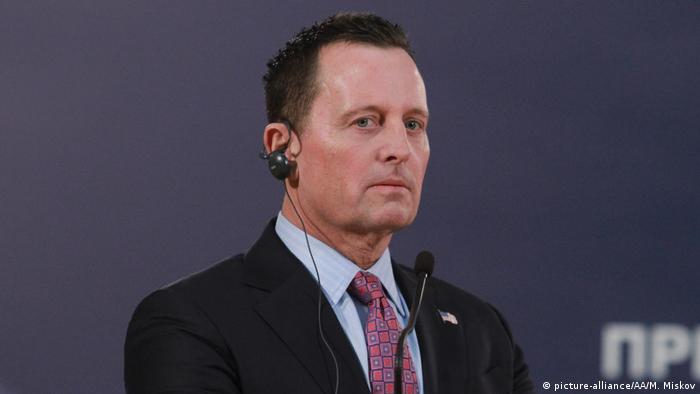 Richard Grenell, the former US Ambassador to Germany, was tapped by Trump to head the Kosovo-Serbia negotiations

Serbia to move embassy in Israel

Friday's agreement also included agreements from Kosovo and Serbia on changing their relations with Israel.

Serbia agreed to transfer its embassy from Tel Aviv to Jerusalem by July 2021— a move that puts it in line with the Trump administration's current policies and makes it the first European country to recognize the city as the capital of Israel.

The pact was hailed by Israeli Prime Minister Benjamin Netanyahu.

Traditionally, most countries have placed their embassies in Tel Aviv in a bid to stay neutral over the status of Jerusalem until an Israeli-Palestinian peace deal is reached. The Trump administration moved the US Embassy to Jerusalem in May 2018.

The respective leaders of the Balkan neighbors have met in Brussels for face-to-face talks. The EU is hoping for frosty relations to thaw but discussions got off to an inauspicious start.

NATO intervention against Serbia — a look back

The 1999 NATO bombardment of Serbia ended that country's violence against Kosovo Albanians. Still, more than 20 years later, the war, which was conducted without UN backing, remains controversial.