Scottish island prepares for Syrian refugees | Europe | News and current affairs from around the continent | DW | 15.12.2015

The Scottish town Rothesay on the Isle of Bute may not be a premier holiday destination but that won't bother its new, and unusual, arrivals - around 60 Syrian refugees. Peter Geoghegan went along to take a look. 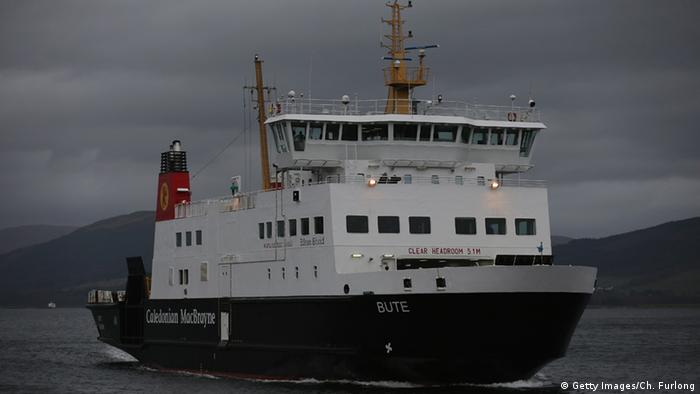 Rothesay used to be called 'the Madeira of the North,' back in the days when paddle steamers sailed up from the Glasgow coast bringing holidaymakers to the island of Bute. While the palm trees remain, Rothesay now looks like most faded British seaside towns. Paint crumbles on the façade of the Esplande hotel; many of the promenade shop fronts are empty as west coast Scotland rain lashes down.

Rothesay may not be the popular holiday destination it once was, but this town of around 6,000 people is preparing to welcome some new, and very unusual, arrivals - Syrian refugees, fleeing conflict at home to start a new life on a Scottish island 15 miles long and an hour's ferry ride to the mainland.

While the House of Commons was voting on military action against the "Islamic State" (IS) group in Syria, 450 miles away on Bute locals were getting ready to welcome 15 Syrian families - the first substantial arrival in Scotland under new government plans. 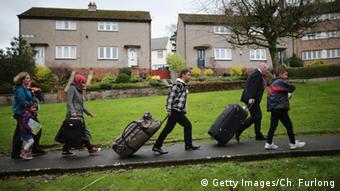 A long, long way from home

"I'm excited. I've already started to learn a few words of Arabic," Alison Clark, who works as a development officer at a local church, told DW. A former English teacher, Clark hopes to be able to offer English language support to the refugees once they have settled in.

The refugees - around 60 in total - are coming from camps in Lebanon, with a second batch due to arrive early in the New Year. All are being housed by the local council in and around Rothesay, which is the main settlement on Bute. The council estimates that there are around 40 empty properties on the island.

The decision to house the Syrian refugees on Bute is part of a wider Scottish Government commitment to take a third of the 1,000 Syrians that UK Prime Minister David Cameron says will be brought to the UK before the end of this year. The refugees are arriving on five-year humanitarian visas and will be free to travel. Each family has been vetted and given a medical assessment by the UK Home Office and the UNHCR.

With only three Arabic speakers on the whole island, setting up translation services has been a priority on Bute. Around 20 Syrian children will be attending the local school, Rothesay Joint Campus, which has a student body of around 600. A video showing a child's view of living on Bute has been produced and will be shown to the refugees on the flight to Britain. 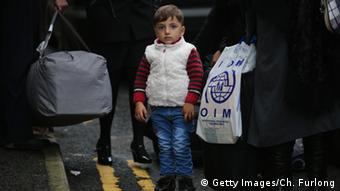 The start of an adventure?

"The majority of the children who are coming over are younger, so it's the perfect opportunity for them to pick up the language," Julia Fisher, head teacher at Rothesay, told DW. "Parents have been really positive. They are going to organize a uniform collection to ensure they have all got uniforms for starting in January."

Local council workers have spoken to a Scottish imam to find out about the religious requirements of the refugees, who are all Muslim. A source of halal meat has been identified and one of the local churches has offered its hall for new residents to worship.

Meanwhile, around 60 locals will run a "pop-up" community center to support the refugees. "We will be there during the day in the background as and when the families want us - but we will very much take our cue from them and what they want to do," says one of the volunteers, John Duncan.

Bute has an elderly population, and like much of the rural west of Scotland has a major problem with depopulation. Many young people leave to be educated on the mainland. Few return and jobs on the island are scarce. Rothesay is among the poorest places in Scotland and there is even a food bank on the island, giving out supplies to those struggling to make ends meet.

Bute itself has a history of migration - Poles came to settle there during World War II with Germans and Russians arriving soon after. Clelland Sneddon, executive director of community services for Argyll and Bute Council, said the families have been selected to try to make sure that there is not too much of a culture shock. 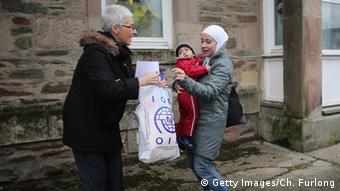 The islanders have been very positive about the new arrivals

Sneddon said that the refugees were not "city dwellers" from Damascus so hopefully won't find it too difficult "suddenly pitching up in Bute in a rural idyll. We have got people who are from smaller towns or rural backgrounds and therefore we think the transition, the match, is a little better," he said.

Not everyone is convinced that Bute will benefit from the new arrivals. Grace Strong, convener of the local community council, says there are "a couple of concerns" about the Syrian refugees, mainly around healthcare provision. Others complain that the local council has not provided enough information about the plans for the new arrivals.

But pupils in the local school are looking forward to sharing their classroom with young people from a completely different part of the world.

"It is such an interesting thing and it is great to be a part of it," 17-year-old Jamie Murray told DW. "There is genuine excitement in the school. I didn't understand the scale of the refugee crisis before - I was quite naïve in that sense. You just don't realize how big it is."