British MPs have voted in favor of airstrikes against "Islamic State" (IS) in Syria. The motion specifically authorizes airstrikes but not British troops on the ground. Samira Shackle reports from London. 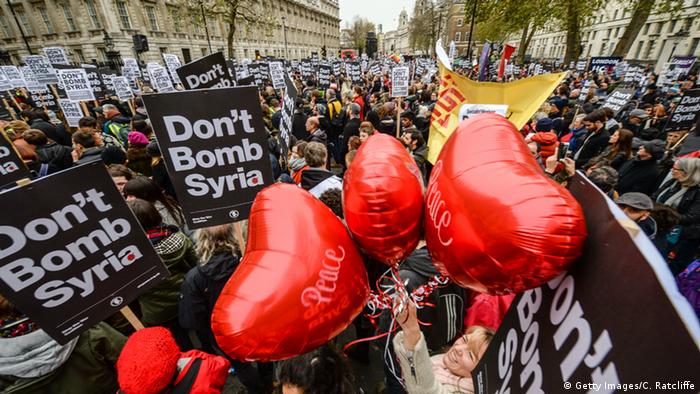 The vote at 10 p.m. local time came after a lengthy day of debates that started at 11:30 a.m. The debate, in turn, followed a week of high political tension. The prime minister, David Cameron, came under fire for saying at a private meeting on Tuesday that those who opposed action were "terrorist sympathizers."

But most attention was on Labour leader Jeremy Corbyn who opposes intervention but struggled to get his party on-side. Ultimately, 67 Labour MPs rebelled and voted in favor of the government's proposals.

Many of the 157 lawmakers who spoke in the debate asked whether British bombing in Syria would decisively change the conflict, and whether it was a precursor to a ground invasion. "The motion voted on was vague," says Jason Ralph, senior research associate at the Foreign Policy Centre.

"MPs need reassurance that the UK will not be fighting a two-fronted war. A peace plan for the civil war is key to that, but the motion only refers to 'renewed impetus' at the Vienna peace talks. Cameron has failed to convince many that there is a strong enough ground force to make the difference," Ralph told DW. 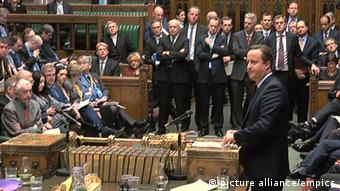 "The potential ramification is that bombing will not make a difference to ISIL [IS], or Assad's regime will benefit. Either way there will be pressure for UK ground forces," he added.

A YouGov opinion poll released on Wednesday showed a divided public. It found that 48 percent backed airstrikes, while 31 percent opposed them and around 21 percent remained undecided. For many, the specter of protracted conflicts in Afghanistan and Iraq - and widespread anger about the latter - looms large.

"I have so many reasons for opposing the bombing of Syria and the inevitable deaths of thousands more innocent civilians. None of these have anything to do with sympathy for terrorists," says Florence Dalton, a London-based doctor.

"I don't want to see the UK take part in another ill-thought-out war in a disintegrated state which will inevitably cause more havoc and suffering in an already incredibly unstable region. There has been no persuasive argument for war, just threat and intimidation against those who oppose it."

The UK has been part of a coalition carrying out air strikes against IS in Iraq for over a year. Russia, France, and the US have all been bombing across the border in Syria. Given this context, some question whether extending British airstrikes to Syria will have any impact.

"Regardless of Parliament's decision, Raqqa would be bombed today, tomorrow, and Friday, with or without the RAF, so in terms of defeating IS, in terms of resolving the Syrian conflict, I can't see how this moves anything at all," says Chris Doyle, director of the Council for Arab and British Understanding. 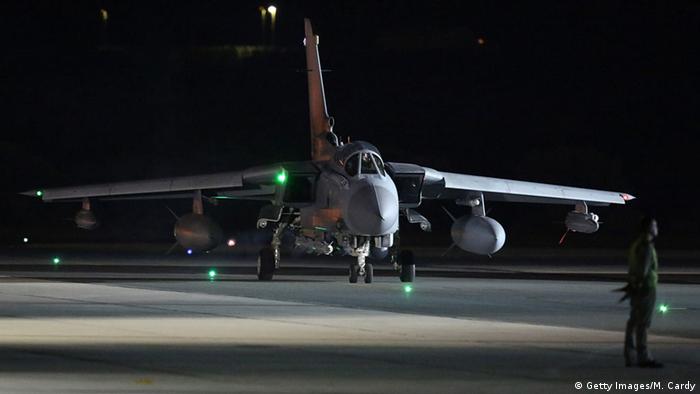 The RAF has begun its Syria campaign, starting from its base in Cyprus

"There aren't the coherent ground forces to not just take IS areas like Raqqa in Syria but to hold them. So there's a real danger with this bombing that we will destroy a huge amount in this area but not be able to kick IS out. The second issue is that this is a distraction from the political and diplomatic issue. We have a Vienna process that's fragile. It needs full attention."

In a dramatic last minute move, the Shadow Foreign Secretary Hillary Benn gave a passionate speech explaining why he disagreed with his leader, Corbyn, to rapturous applause from the other side of the House. He said that Britain "must now confront this evil... it is now time for us to do our bit in Syria and that is why I ask my colleagues to vote for this motion tonight."

Some of the public share the view that something must be done in the aftermath of the Paris attacks. "I feel sad and despondent at the state of the world. But I also feel fear about the conflict in Syria coming to our shores and dread about more attacks like the atrocities in Paris," says Ella Watson, from the county of Hertfordshire. "For that reason I want to see some kind of decisive action - even though I'm not at all certain what the outcome of extended air strikes will be."

Before the vote, defense sources briefed journalists that the RAF could move "extremely fast" after approval, with six typhoon and two tornado jets on standby to be deployed. "There is a reluctant acceptance [amongst the public]," says Ralph. "Many are concerned that the operation will be undermined because there is not yet a comprehensive peace plan or proper ground strategy."

Yet doubts remain about the #link:18890033:efficacy of the plan. "With such a mess on the ground - and a mess in the air of unaffiliated powers pursuing their own agendas - what can we hope to contribute beyond muddying the waters further and endangering civilian lives?" says Owen Kean, from Liverpool.

"A Labour Party disconnected from the public has already dragged the country into one doomed war, Iraq in 2003, this time it'll be on MPs own heads. If MPs can't explore their consciences, maybe they could explore the history books to see what catastrophic consequences this will have."

Germany should prepare for a long, difficult and dangerous fight against IS in Syria, the defense minister has said. Lawmakers have expressed concerns about the deployment but are likely to approve the mission. (02.12.2015)

US Defense Secretary Ashton Carter has said that over time the special troops would conduct raids, free hostages, gather intelligence and capture IS leaders. 'That's for starters,' Carter told a congressional committee. (01.12.2015)

Ukraine-Russia crisis: Attack will have 'consequences' EU, US warn Moscow