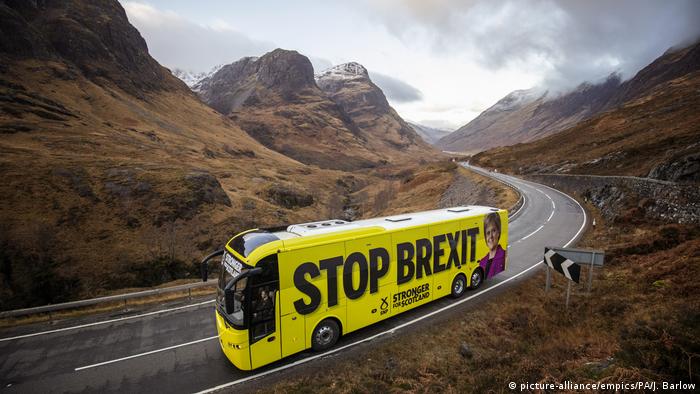 The political landscape in Britain today is utterly transformed from that which prevailed in the days after the Scottish independence referendum in September 2014.

That's captured in a video taken a week after the vote of then British Prime Minister David Cameron walking with former New York Mayor (and current US presidential candidate) Michael Bloomberg. Unaware he can be heard, Cameron coos over being able to call the Queen to tell her Scottish independence had been defeated.

"The definition of relief is being prime minister of the United Kingdom and ringing the Queen and saying 'it's alright, it's OK,'" Cameron says. "That was something. She purred down the line."

Today, Cameron is little more than an internet meme. His reputation was shattered by the result of another referendum, the 2016 Brexit vote. His time as prime minister is of another epoch.

Next month, the UK will leave the European Union. Everything thereafter is uncertain. With the pro-independence Scottish National Party (SNP) emboldened by its performance in the UK election, demands for a second independence referendum are growing louder.

Last time, arguments about the viability of an independent Scottish economy helped consign the Yes side to a 55%-45% defeat. Would that argument work were a second vote to take place? 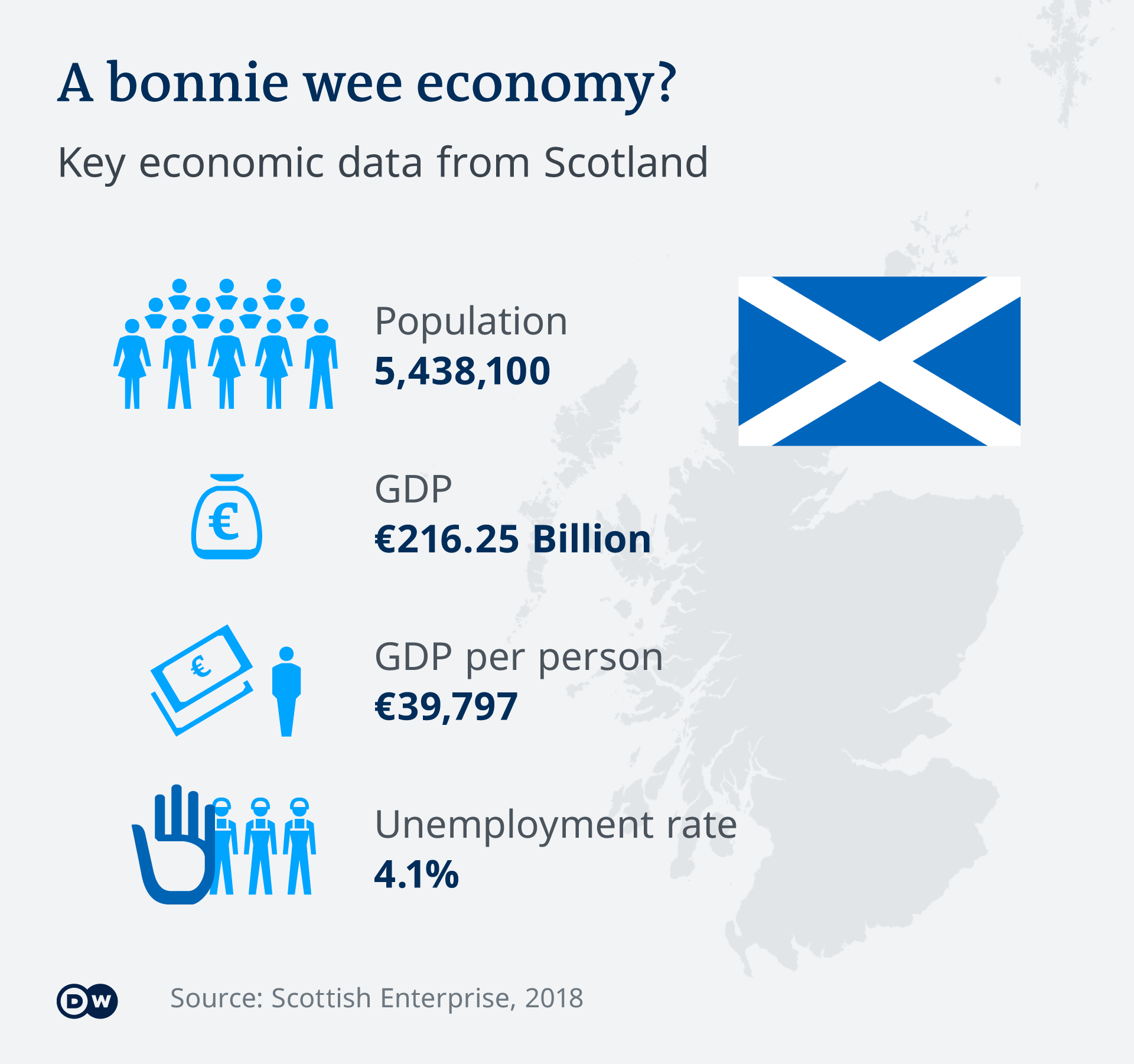 One gamble, or two?

Before the 2014 vote, 55 economists based in various British universities wrote an open letter to the Financial Times warning Scottish voters of "the major economic risks that separation entails."

"Separation is a gamble with very poor odds. The downside risks for current and future generations are huge," the letter read.

Christian Ewald, a professor of financial economics at the University of Glasgow, signed that letter but he told DW that Brexit has completely changed the equation.

"Scottish independence would still be a gamble, but so is Brexit and the choice is now between two gambles with most likely unfavorable outcomes," he said.

Some co-signatories believe the arguments of 2014 remain valid. Ronald MacDonald, a professor of macroeconomics at the University of Glasgow, still believes massive austerity packages would be needed after Scottish independence to offset what would be a large fiscal deficit.

Robert Zymek, an economics lecturer at the University of Edinburgh, also supported the letter. He says the political situation has shifted so much that a successful vote for independence is now much more likely.

However, he believes that Brexit has created even more economic uncertainty over what an independent Scotland would look like, given that he expects the future UK-EU relationship to involve an increase in barriers to trade.

"Scotland's choice is: Would we like to be inside the UK and accept new barriers to EU trade, or, become independent and as a possible EU member enjoy free trade with the EU but have higher barriers to trade with the rest of the UK?" he told DW. 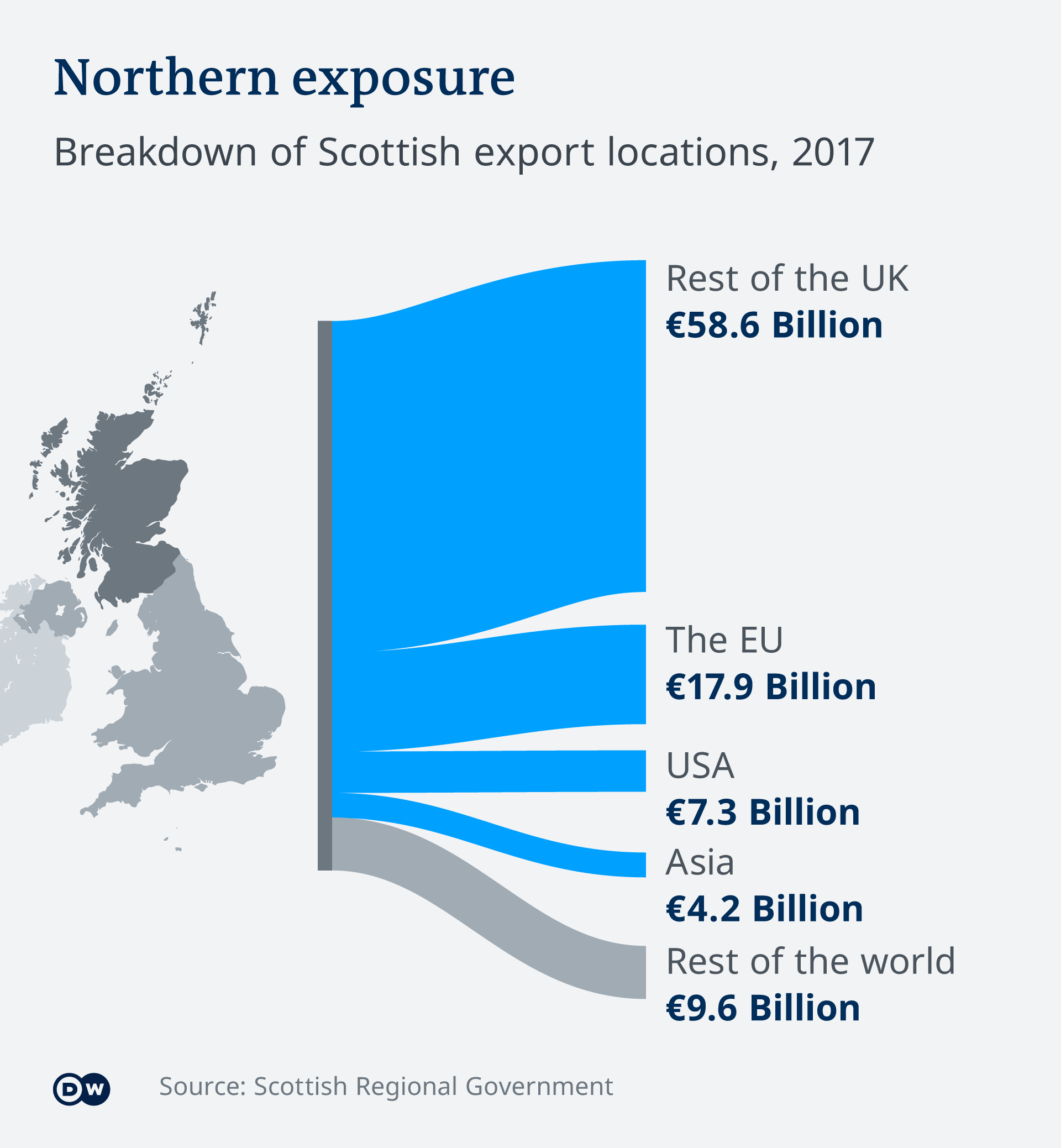 After more than three centuries of union, it's not surprising that the majority of Scottish trade (60%) is conducted with the rest of the UK.  Yet protests on that basis against Scottish independence don't have much credibility given the zeal with which the UK government is currently trying to extricate itself from the EU, its dominant trade partner.

"It is probably the case that the challenges of transition back into the EU will be greater in the event of a harder Brexit because of our overdependence on trade with the rest of the UK," he told DW.

"That said, our choice is really do we lock in that suboptimal underperformance, or do we seek to do far better in far bigger markets longer term. Ireland's experience in the last 50 years is instructive. In my view, we must make a choice about where our future lies and work purposefully to get there while managing the transitionary challenges. That means early EU membership." 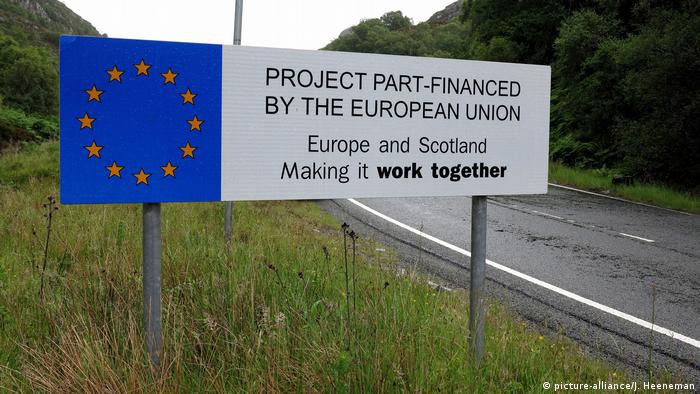 Leaving one union to rejoin another

Future EU membership is the basis of an independent Scotland, says Wilson. It is "of central importance to our future," and "critically important for us to grow and diversify our export base" , he says. "We will offer the antithesis of Brexit. Our prospectus will be detailed and honest. It will not claim it will be easy, it will be an effort but it will be worth it," he said.

Arguably the biggest question over an independent Scottish economy relates to its currency and monetary policy. The SGC report advocated that Scotland use the British pound indefinitely without a formal deal. Wilson told DW this was "to protect the interests of everyone and our own economy" but that Scotland would move to use its own currency as soon as possible.

"Our report said five to ten years but it might come more quickly or it might take longer depending on the prevailing circumstances," he told DW.

Zymek has his doubts. He believes Scotland's hopes of re-joining the EU after a vote for independence would hinge on its willingness to join the euro.

"The question that the SNP hasn't really answered is would it be happy for Scotland to adopt the euro," he said. "And if not and if the new currency was not the euro, what reasons are there to think that the EU would be happy to accept that?" 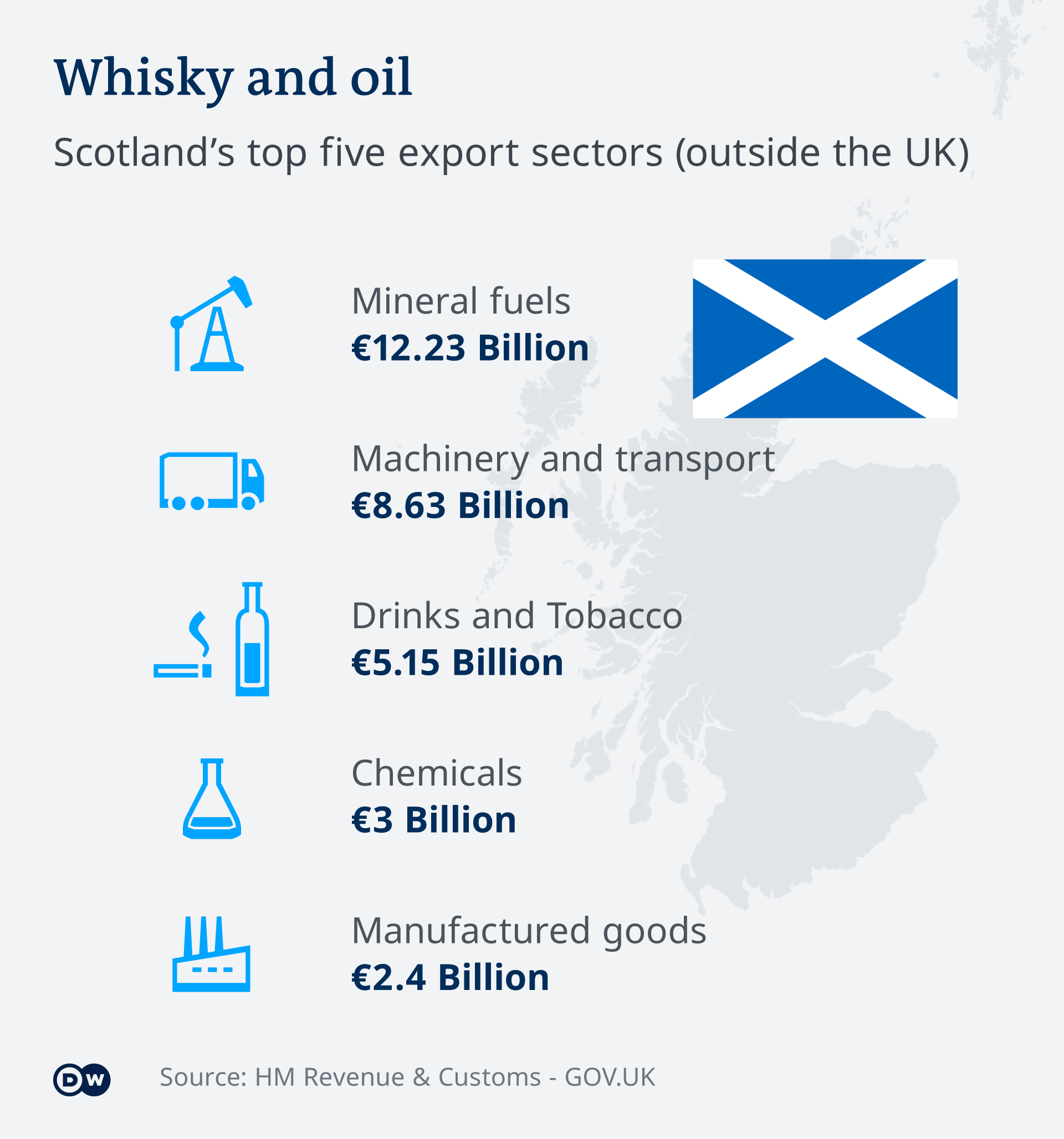 For economists like Ewald, what was a clear situation in 2014 has become deeply muddled by Brexit.

"Brexit has created a mess for Scotland and there is no easy solution," he says. He agrees with the SNP that a new independence referendum is justified and appropriate.

While in 2014, the remain side was able to argue that the economically prudent thing to do was to vote against independence, that is arguably no longer the case given the deep economic uncertainty over Brexit. On top of that, it is doubtful if arguments over economics hold any weight anymore according to Zymek.

"The whole idea of economic expertise was a little bit delegitimized in the Brexit referendum," he said. "If a bunch of economists came out and said 'the economics of Scottish independence are really bad,' people would just groan and roll their eyes."

If and when a new referendum happens remains unclear. But what is clear is that the choice facing Scottish voters has shifted dramatically. What was a choice between the status quo and a risky roll of the dice in 2014 has effectively become a choice between two risky rolls of the dice, one being Brexit and the other being independence. The economics of both can only be uncertain at this point.

It could yet all end up with a very different phone call being made to the Queen one day.