Once Britain decided to leave the EU, it seemed obvious that a renewed push for independence was in the cards. However, even though Scottish voters rejected Brexit, they aren't quite ready to cut ties to the UK. 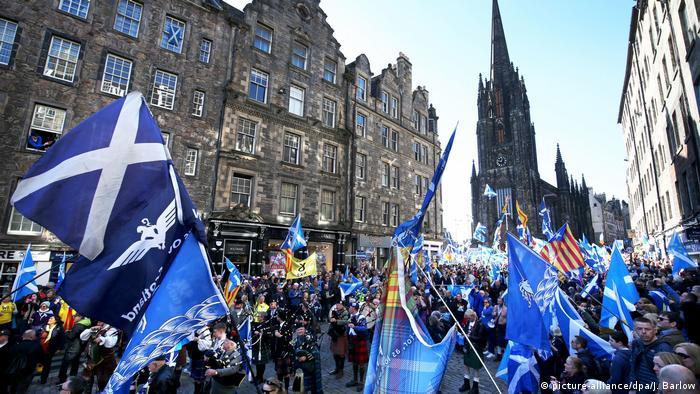 On June 24, 2016, just hours after Britain voted to leave the European Union, Scotland's first minister, Nicola Sturgeon, appeared before the media in Edinburgh. Flanked by the Scottish Saltire and the starry European Union flag, the Scottish National Party (SNP) leader declared that a second referendum on Scottish independence was "highly likely" to protect her country's interests in Europe.

Almost two-thirds of Scots voted to remain in the EU. But more than two years later — as the UK, haltingly, moves towards the exit doors — the anticipated upswing in Scottish support for Scottish independence has yet to materialize.

Opinion polls suggest that there has been a small increase from the 45 percent of Scots who said "yes" in the 2014 independence referendum. But support for leaving the UK remains stubbornly below the comfortable majority that Sturgeon would want to see before calling another vote.

Nevertheless, in Scotland the question of independence is rarely off the table. For many among the SNP's 125,000-strong membership uncertainty around Brexit shows the need for a second referendum on leaving the UK.

Sturgeon has sought to assuage her supporters. Last month the first minister told the Scottish parliament at Holyrood in Edinburgh that she will set out her plans to stage a second referendum on independence when the outcome of the current Brexit deal is finalized. But London has authority over the constitution and the UK government has so far ruled out the prospect of another independence vote being staged.

The SNP leader has been vocal in her opposition to the British prime minister's Brexit plans. Sturgeon has described the deal Theresa May negotiated with Brussels as asking people to "take a blindfold leap off a cliff."

With 35 seats in the House of Commons, the Scottish National Party represents a significant block in Westminster. Sturgeon has said that her MPs will vote against the Brexit bill, making it even harder for May's deal to pass. The vote is set to take place on December 11.

The SNP has been particularly vocal in criticizing the proposed separate deal for Northern Ireland and London's continual failure to consult with Edinburgh over Brexit. "If it is possible for Northern Ireland to get a special deal which keeps it more closely bound to the single market…. Then differentiated status must also be possible for Scotland," the Scottish parliament's Brexit minister, Mike Russell, wrote in the pro-independence newspaper The National recently. 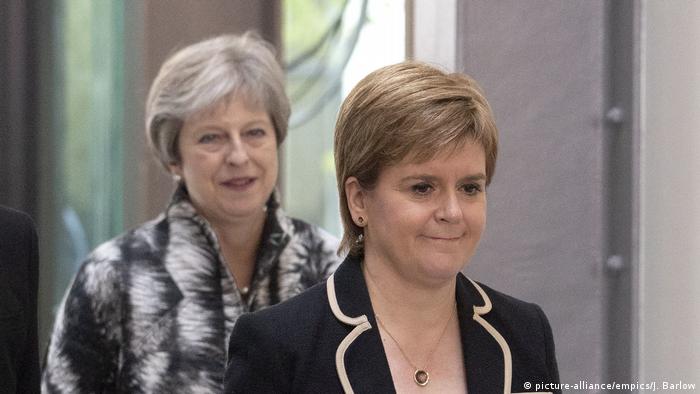 While Theresa May struggles in London, north of the border the clamor for another bite of the independence cherry is growing. Patrick Harvie, leader of the Scottish Greens, whose votes the minority SNP administration in Edinburgh relies on to pass its legislation, said there was now enough clarity around Brexit for Scotland to vote again on independence.

Mhairi Black, a youthful SNP MP widely seen as a rising star of the party, has said that if the Westminster government collapses and a general election is called "then it's time for the SNP to put independence at the core of the manifesto."

Scottish unionists have accused the nationalists of using the UK's exit from the European Union as an excuse to push for a second referendum. Secretary for Scotland David Mundell, a member of the Conservative Party, has described Sturgeon's approach to leaving the EU as "a row, a concocted grievance and the inevitable battle cry of independence."

Although Scotland voted to remain in the UK in 2014, the referendum transformed Scottish politics. Where until recently it was Labour that dominated in Scotland, the nationalists now routinely top the polls and the Conservatives provide the opposition in Edinburgh.

Scottish Labour remains opposed to independence. Party leader Richard Leonard says the turmoil of Brexit would be "nothing" compared with the uncertainty caused by a second Scottish referendum. But his UK leader, Jeremy Corbyn, often appears more relaxed about the prospect of another independence vote. 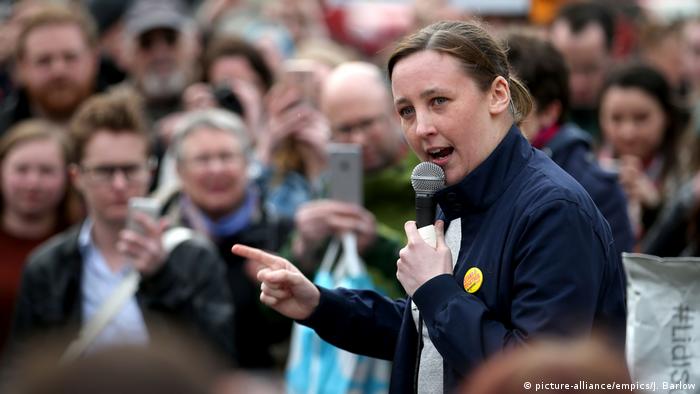 While some Scottish nationalists want a second referendum soon, there is little internal opposition to Sturgeon's cautious strategy. With the Conservatives in Westminster steadfastly refusing to permit another vote, there is little possibility of Scots going to the polls on independence before a change of government in the UK.

What Brexit looks like could have a major bearing on the prospects of a second referendum. "On its own it is far from clear that leaving the EU will necessarily result in increased support for independence. What is more likely to matter is whether or not the economy goes pear-shaped as a result," says John Curtice, professor of politics at Strathclyde University.

Brexit, however, could made Scottish nationalism more palatable for the crucial middle-ground of voters who backed the union in 2014 but strongly supported remaining in the European Union.

"Independence may not yet have majority support, but for many unaligned voters it is far from the unthinkable prospect it once was," commentator Chris Deerin wrote last month.

"The political conversation in Scotland is almost entirely detached from the one taking place at Westminster. The longer-term consequences of this drift would seem to be in the SNP's favor."

German Chancellor Angela Merkel has called the EU-Brexit deal a "diplomatic work of art," while UK Prime Minister Theresa May is ready to fight for it back home. Bernd Riegert reports from Brussels. (25.11.2018)