Scientology Wins Court Battle in Germany | Germany | News and in-depth reporting from Berlin and beyond | DW | 28.04.2005

Saarland's Higher Administrative Court ruled Wednesday that state intelligence services are no longer permitted to monitor the activities of the controversial Scientology organization.

Scientologists in Germany say they are unfairly vilified

Four years after Saarland's Higher Administrative Court decided to allow the Federal Office for the Protection of the Constitution (BfV) to keep tabs on the activities of local scientologists, the court has now ruled in favor of the Church of Scientology's appeal on the grounds that seven years of intelligence surveillance failed to yield results justifying continued monitoring.

The decision was welcomed by the Scientology movement, which maintains it suffers ongoing government harassment and religious persecution despite no evidence of wrongdoing.

In Germany, Scientology tends to be seen as a commercial enterprise with primarily economical interests. It wasn't until 2003 that the Church of Scientology was granted the tax-free status enjoyed by other churches in Germany. The issue has repeatedly strained Germany's relations with the United States, where Scientology has strong support and no shortage of high-profile members willing to lobby on its behalf -- including A-list Hollywood actors like Tom Cruise (photo) or musician Beck Hansen. 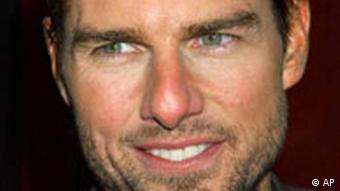 In 1997, a full-page US newspaper advertisement signed by Cruise, Dustin Hoffmann and Oliver Stone compared Germany's treatment of the Church of Scientology to the Holocaust.

Given that in Saarland there are just twenty active members of the church -- out of a reported 30,000 across Germany -- the judge based his ruling on proportionality, a principle of German law that states that any action carried out by the state should not go beyond what it necessary to achieve its objectives.

But last November, a Cologne court reached the opposite conclusion, granting intelligence services the right to continue supervision of scientologists on the grounds that there was sufficient evidence to suggest the organization was pursuing anti-democratic goals. Drawing on a series of non-published sources, the court concluded that the Church of Scientology upheld principles in breach of basic human and civil rights and sought a society devoid of democratic values.

The central task of the Federal Office for the Protection of the Constitution is to monitor all anti-democratic activities.

The German Church of Scientology dismisses accusations against it.

"These are ridiculous statements." church spokeswoman Sabine Weber told DW-World from Munich. "Our statement of intent is there to be read in all our churches. We believe in peace and harmony, and human rights are firmly anchored in our values. The claims were made on the strength of a few lines taken from books by our founder Ron Hubbard, which were written in the 1950s," she explained. "But they were taken completely out of context."

As far as she's concerned, the intelligence services' surveillance of the organization is used "as an instrument of discrimination," a means of stigmatizing the church and keeping it firmly on society's margins.

"Nowhere in the world is the church of scientology seen in a political light the way it is in Germany," said Weber. "Basically, any non-evangelical movement is considered suspect here. There's widespread hostility in Germany to anything new. There's a certain hysteria towards us, and we would like to see people basing their view of us on facts." 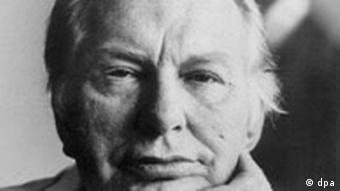 But Hans Liebl, Sect Commissioner at the Munich Archdiocese, believes that state surveillance should actually be intensified. "Scientology is a patently anti-constitutional movement," he told DW-World. "Totalitarian ideologies have always made out that their teachings are misinterpreted, but all you need to do is read Ron Hubbard's scriptures." One example is the guru's famously chilling "fair-game policy." According to Hubbard, "a Suppressive Person or Group is one that actively seeks to suppress or damage Scientology or a Scientologist by Suppressive Acts….A Suppressive Person or Group becomes 'fair game.'"

The Church maintains that the government's observation measures are politically motivated and abuse Scientologists’ rights to freedom of religion and belief. "We simply have no freedom of movement in Germany," said Weber.

Members have documented hundreds of human rights abuses against their members and a host of dirty tricks by intelligence services, including agents attempting to infiltrate churches, spreading false reports about Scientologists to their employers to get them fired, and trying to bribe parishioners to lie about their fellow members.

Scientologists in Germany maintain they are routinely dismissed from their jobs, have difficulty finding employment, are screened from political parties and denied the right to contract with the government due to their religious affiliation. 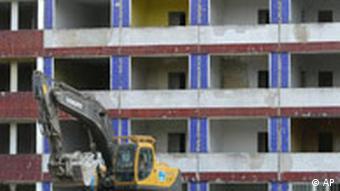 But among the complaints levelled at the Scientology movement itself were allegations in the mid-1990s that aggressive real estate companies were linked to cult expansionism -- intimidating tenants, forcing them out of their homes and selling condos without paying the previous owner -- as well as reports of brainwashing, families torn apart by the organization and both young and elderly people parting with huge sums of money.

All lies, says the organization, and Weber points to a number of German court decisions in recent years that uphold their rights. "The courts have repeatedly ruled that none of our activities are suspicious," she said.

Religious Education Under Threat in Berlin

When, in 1996, Berlin's senator for education, proposed introducing mandatory ethic classes in the city's high schools, he set a slow ball rolling. Almost a decade later, a final decision is about to be taken. (March 25, 2005)

A German court here has rejected an appeal from the US-based Church of Scientology which called for an end to the surveillance of its activities by the domestic security services. (Nov. 12, 2004)