Save our frogs because they may save us | Environment | All topics from climate change to conservation | DW | 19.04.2017

Save our frogs because they may save us

A chemical found in the mucus of frogs has been found to kill certain strains of the influenza virus. The discovery could lead to the development of powerful anti-viral drugs. But many species are at risk of extinction. 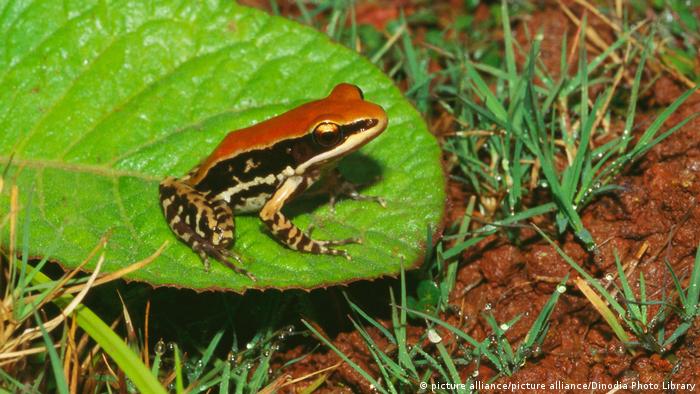 Scientists have discovered an unlikely weapon in the fight against the influenza virus: a special chemical found in the mucus of South Indian frogs.

According to a study published in the journal "Immunity," skin slime from Hydrophylax bahuvistara - a species of fungoid frog - has the capacity to kill some strains of the flu thanks to a molecule known as "urumin," fittingly named after a traditional Indian whip-like sword.

Researchers were able to test synthesized versions of the compound on mice, which successfully managed to destroy a number of flu strains (including the much-maligned H1N1 virus, also known as swine flu, which has previously proved resistant to other drug treatments).

Frogs are immune to the influenza virus - however, they are vulnerable to bacterial and fungal infections among other diseases. This knowledge gave the researchers a reason to believe that their peptide bonds could contain anti-viral elements.

"I was almost knocked off my chair," said lead author Joshy Jacob from the Emory University School of Medicine.

"In the beginning, I thought that when you do drug discovery, you have to go through thousands of drug candidates - even a million - before you get one or two hits. And here we did 32 peptides, and we had four hits." 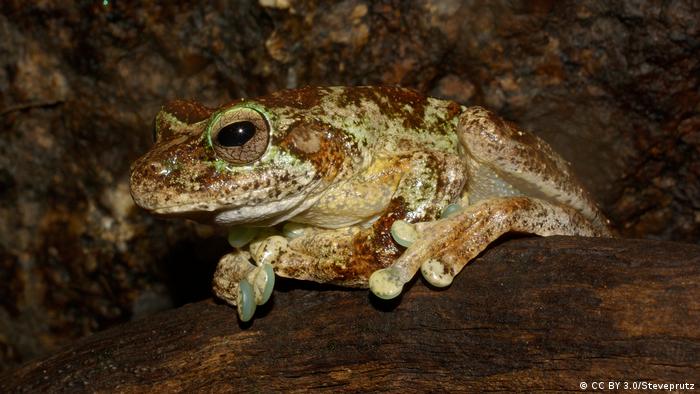 Despite the promising findings, it will take some time before effective medicine becomes available. The "urumin" molecule does not survive long in the human body, meaning researchers will need to find a way to make it more stable before it can be used as a treatment option.

Luckily, scientists are confident they will eventually be able to chemically synthesize the compound for use in humans - meaning frogs are at least safe from being harvested in large quantities for medical purposes.

But this week's discovery does provide a glimpse into future possibilities of deriving similar compounds from other frog species that may be effective against other difficult-to-treat viruses, such as dengue fever and Zika.

A study published in the Journal of Virology in 2005 also found that chemicals isolated from the skin of certain frogs, such as the Australasian green-eyed tree frog (Litoria serrata) have the potential to inhibit HIV infection. 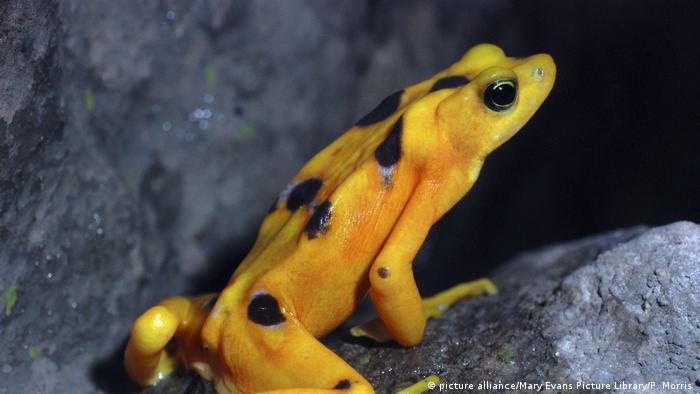 The present breakthrough therefore offers an important incentive to protect threatened frog species, which may hold the key to curing some of our most dangerous viruses and preventing global pandemics like that in 2009.

According to the International Union for Conservation of Nature (IUCN) Red List, more than 41 percent percent of amphibians are currently under threat - more than mammals (25 percent) and birds (13 percent) combined. This includes 466 critically endangered frog species.

With numbers on a downward trajectory, scientists may be racing against the clock to isolate powerful disease-fighting compounds which are waiting to be discovered.

Since the 1980s, 120 frog species are believed to have become extinct. Habitat destruction, climate change, hunting and disease are the main culprits.

Yet at the same time, scientists are still coming across more undiscovered species; last year a new species of fungoid frog was found in peninsular India, and only last month two more species were discovered deep in the Amazon Rainforest.

Organizations like the Amphibian Survival Alliance are working to protect remaining frog species however - hoping to ensure the future survival of nature's pharmacy.

Around 10,000 endangered frogs have been found dead at Peru's Lake Titicaca. It's the only place where the amphibians live. Now, an investigation into the die-off has begun. (18.10.2016)

In search of the giant squeaker frog

Gilbert Adum loves frogs. So much so, that he has devoted his life to saving them. And in that pursuit, he is helping to improve local lives - and making his mark as a bit of an environmental hero. (18.10.2016)